Update: Amazon Prime Day is coming up fast! When it hits, you should be able to find great deals on all Amazon devices – including the Amazon Fire TV Stick.

Having a hard time figuring out which streaming device is right for you? We don't blame you. It seems like every year there are another couple of devices vying for a spot on your entertainment shelf, connected to that big glowing TV.

That said, there are a handful of powerful (and ultra-cheap) pint-sized streaming devices out there that can deliver content from services like Netflix, Amazon Prime, Hulu and more, all without taking up serious space on the mantel.

We call them streaming sticks.

They aren’t anything new by now – the Chromecast Ultra is the third generation of Chromecast, while this year’s Roku Streaming Stick and the all-new Amazon Fire TV Stick are both second-gen devices – but they are super helpful.

Which one is the best? We put them head-to-head to find out.

Interestingly enough, a lot has changed between streaming devices over the past two years or so in the design department. Instead of simple USB-looking sticks that simply slot into the HDMI port on your TV, we have a few different shapes to look at. 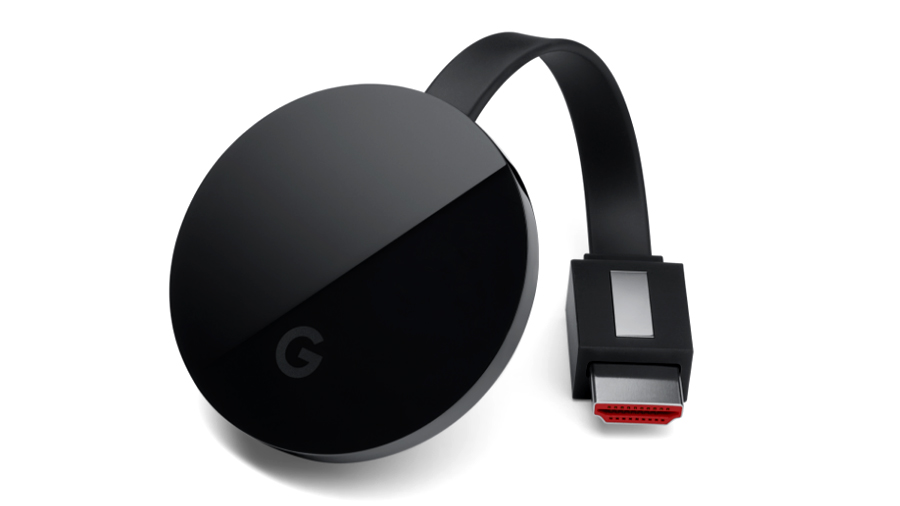 Chromecast: After having started out as a USB-drive sized stick, the Chromecast now looks much more like a hockey puck. The circular device has an HDMI cable protruding out from it, and instead of jutting straight out of the HDMI port, the device kinda just hangs from its cable next to your TV.

It’s a classy little design, and one Google doesn’t plan on upending with the Chromecast Ultra. The only real change is that instead of a big ol’ Chrome logo on the front, there’s a simple and small Google logo, which is appearing on all of Google’s hardware. Size-wise, the device is 2.29 inches (58.20mm) across, and a pretty small 0.53-inches (13.70mm) thick. The one bit of bad news? None of the Chromecast devices come with a remote.

The Chromecast Ultra's plug is equipped with an Ethernet port to help it deal with the amount of bandwidth required for streaming 4K content. 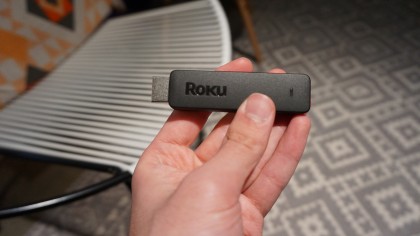 Roku Streaming Stick: Roku, on the other hand, has stuck with the USB drive look, although it’s much larger than most USB drives, coming in at 5.5-inches (139.7mm) long, 1.6-inches (40.7mm) wide, and 0.8-inches (20.32mm) thick. Unlike the Chromecast, however, the Roku Streaming Stick comes with a remote, which looks pretty simple, and has a d-pad, play/pause, and a few buttons for quickly accessing certain streaming services, like Netflix and Sling TV. We’ll talk a little more about the functionality of that remote later on. 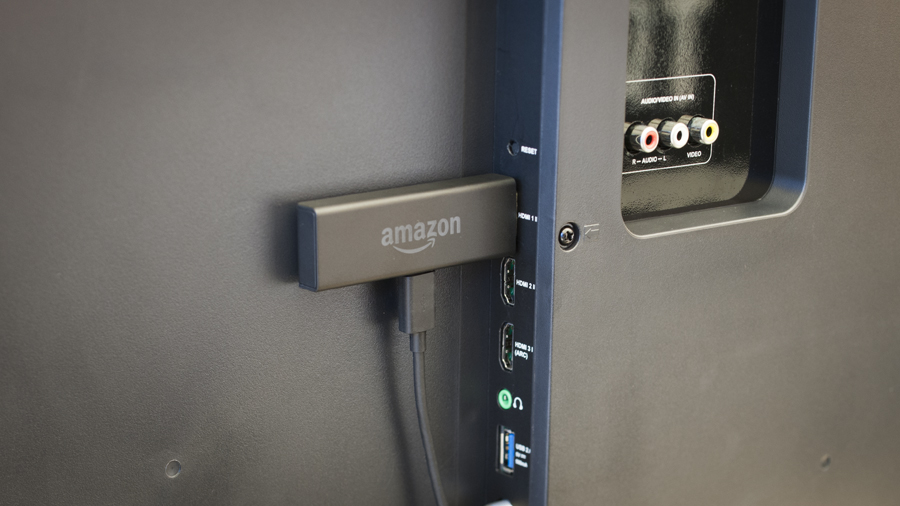 But wait, why exactly do you want a remote anyways? Let’s spend a minute on what those remotes can do.

Chromecast: First, let’s talk about the Chromecast – which, as mentioned, doesn’t have a remote, but that’s because it doesn’t need one. Unlike the other two, Chromecast uses your smartphone or computer to stream content, and as such your phone or computer is the remote. It’s kind of a cool concept, and while it cuts down on functionality, it makes the whole process alot easier.

However, since your phone is acting as a remote over your home network, this does mean that there is often a bit of a lag between you pressing a button and it  actually taking place. It's not a deal breaker, but it makes the device feel a lot less snappy than the Amazon Fire TV stick for example.

Roku and Amazon both have different ideas. If you’re someone who prefers using a remote, then the Streaming Stick or Fire TV Stick may be a better option.

As mentioned above, the Amazon Fire TV Stick’s remote is quite a bit simpler than the Streaming Stick’s, however the Streaming Stick offers a few more quick access buttons – for example, it has a button for Netflix, Sling TV, Amazon, and Google Play.

The Amazon Fire TV Stick’s remote opts for a simpler button selection, only offering playback controls, a navigation controller, a voice button, and user interface controls (home, back, menu). However, the addition of voice controls can, at times, make up for this simplicity by allowing you to quickly control the device with the press of a single button, although it only works with a limited number of the device's apps.

If you’re willing to shell out an extra $50, you can get a dedicated gaming controller for the Fire TV Stick, which may be a little more comfortable if you intend to play a lot of games on your device.

It’s also important to note that you can control any of these devices through your smartphone via a dedicated app if you so choose. 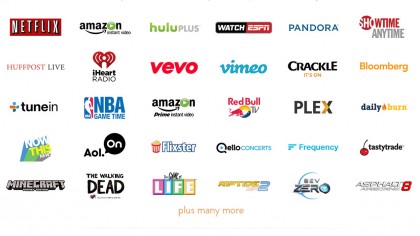 In the UK Roku covers most of the streaming services you could possibly need. It's got Now TV, Netflix, Amazon Prime, catch-up apps from almost all of the major broadcasters (aside from UKTV), and a large amount of extra apps besides.

Chromecast: Still, there is something to be said for the Chromecast’s approach – if you use Google Chrome on your computer, you can stream content from literally any website. That’s because you can mirror a Chrome tab, so even if the service you’re streaming with doesn’t officially have support for Google Casting, you’ll still be able to enjoy that service’s content on the big screen. The same goes for mirroring the display of an Android phone.

However, it's much neater to cast directly from supported apps. Most major apps now have inbuilt Chromecast functionality, but there's one big omission, and that's Amazon Prime Instant video, which you'll have to cast from a browser to watch.

Amazon Fire TV Stick: Of course, if you’re sticking to major services like Netflix and Hulu, you won’t have any issues – all three of these devices offer plenty of support for the big streaming players. If, however, you’re more into fringe services like VUDU or the UK's Now TV you may prefer the Roku Streaming Stick.

While it’s nice that so many services are starting to support Google Cast and the Fire TV Stick, the real winner in the apps department is the Roku Streaming Stick.

Chromecast: Let’s get the Chromecast out of the way first: Because of how it works, the Chromecast doesn’t have an interface beyond the smartphone app and a tiny button that lives in Google Chrome. If you’re the type of person that doesn’t want to mess around with a messy UI, then the Chromecast is for you.

Since for the most part you'll be using your phone to control it, this means that you can easily input text using your phone's keyboard, rather than clumsily navigating an on-screen keyboard with a remote.

Roku Streaming Stick: That said, if you’re against messy interfaces, then the Roku Streaming Stick is a close second –  the device offers an extremely easy to use UI. The grid layout is reminiscent of Netflix, offering a grid look with a list of menu items along the left hand side. It’s really a very simple and clean look.

The one downside of the Roku is that it doesn't have any voice search functionality, which would remove the need to use an on-screen keyboard entirely.

Amazon Fire TV Stick: Unfortunately, while Amazon has been getting better at refining the interface of its TV offerings, it’s not there just yet. The interface, while speedy to get around, can get a little confusing at times, putting the Fire TV Stick in third place when it comes to the UI.

Frustratingly, while voice search is a fantastically fast way of finding content, like the universal search it only covers a fraction of the total number of apps available for the device. 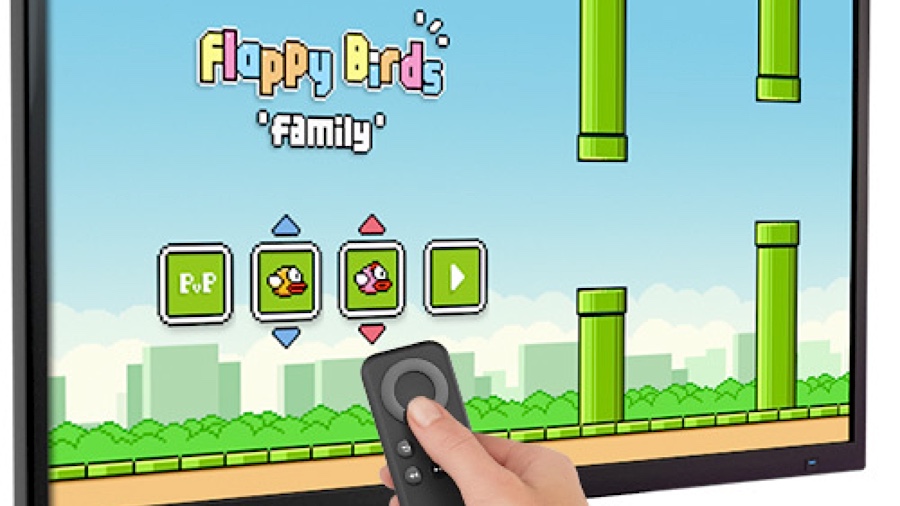 If you’re a gamer, you’ll probably want to steer clear of a streaming stick to satisfy your gaming needs, but that doesn’t mean that casual gamers can’t enjoy a game every now and then in between watch seasons of Game of Thrones.

As mentioned before, however, if you are looking to get into some slightly more intense gaming, the Fire TV Stick might be the best choice for you, thanks to the fact that you can get a game controller specifically for the Fire TV Stick. No, it’s not going to offer an experience anything like what you’ll experience with a PlayStation 4, but there are plenty of great games available.

Neither the Roku Streaming Stick nor the Chromecast really have anything to offer in the games department. If gaming is your thing and you want to do it on your streaming stick, then the Fire TV Stick is really your only option.

Chromecast: When it comes to hard specs, the Google Chromecast looks to be the real winner, despite the fact that we don’t even know what some of the device’s specs are. That’s because the device, in the end, is going to offer you the best experience. It supports 4K content and HDR, which means that if you have a TV that also supports them then you’re going to have a great viewing experience. Of course, 4K content isn’t low-bandwidth, so to compensate for the fact that some people won’t be able to stream 4K content. The Chromecast Ultra also has support for an Ethernet port, so you can plug the device straight into your internet router.

In case it wasn’t already clear, all three of these devices will require a HDMI port.

If you don’t own a 4K TV and don’t intend on buying one anytime soon, perhaps the playing field is a little more level – but when it comes to hard specs, the Chromecast is the clear winner here.

Of course, specs don’t really matter all that much if the device you’re looking at is way more expensive than its competitors. Interestingly enough, while the Chromecast is a little pricier than its competition, it’s not overly so. The new Chromecast Ultra is $69 (£69, AU$99), which puts it a little above the Roku Streaming Stick, which runs at $49 (£49, about AU$62) and the Amazon Fire TV Stick, which will set you back $40 (£35, AU$39).

We still think the Chromecast is worth the extra cash if you have a 4K TV, but if not, the Roku Streaming Stick is worth the $10 extra over the Fire TV stick, especially given the amount of content available to the device. In this case, it really seems to be true that you get what you pay for.

Which one should you buy?

All three of these streaming sticks are pretty darn great, especially for the price they come at. Because the Chromecast Ultra offers 4K, we think it comes out on top, but thanks to the Roku’s giant content library, that’s a close second.