Unveiled at WWDC 2017, the Apple HomePod is Apple's answer to Amazon Echo and Google Home. It's a voice assistant-equipped speaker that will help with everyday tasks, control your smart home and play music on command.

After first appearing on phones, voice assistants entered the home in a big way with the Amazon Echo, and now Apple's looking to get into the action.

While Apple has had a voice assistant, Siri, on its phones for some time now, it has so far been left behind when it comes to smart speakers. Competitor Google brought its own voice assistant to dedicated hardware with the Google Home speaker last year. That all changes with the introduction of the HomePod. 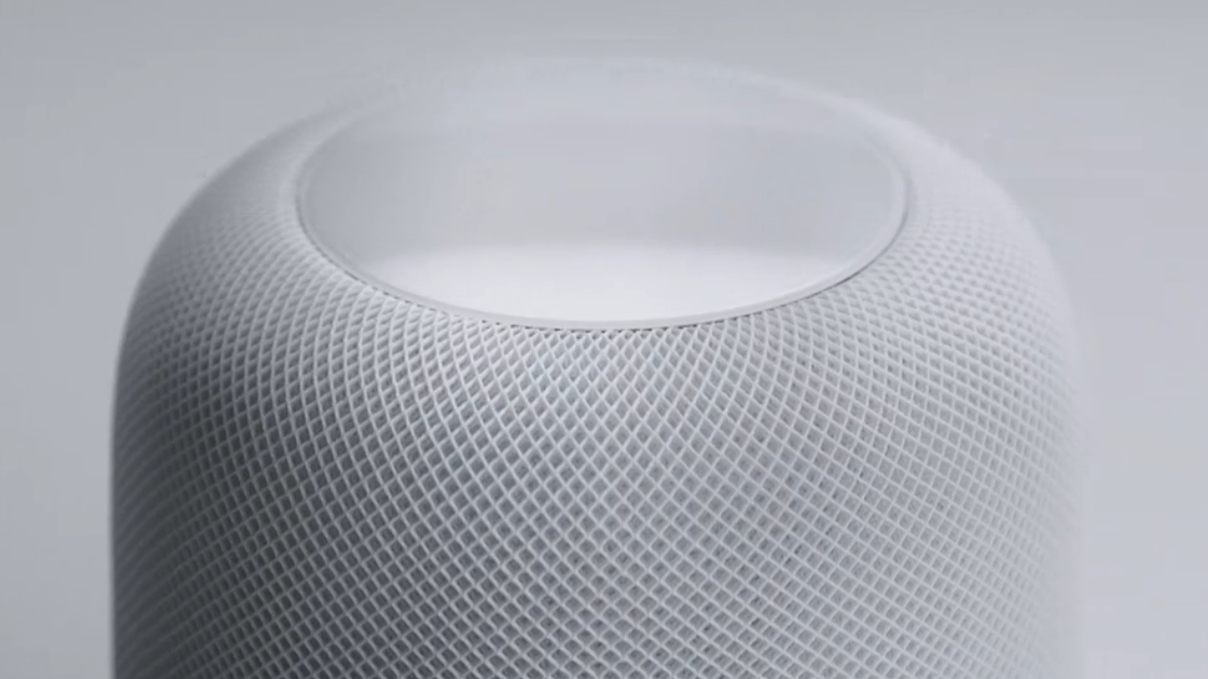 Rumors have been circulating for a while now that both Microsoft and Apple are planning on bringing their voice assistants, Cortana and Siri respectively, to the home in the form of smart speakers, and at WWDC 2017 Apple finally announced its version.

We first heard reports of Apple employees testing the 'Apple Speaker' in their own homes in September 2016, and another round of rumors suggested home testing was still ongoing. More recently we heard rumors that the speaker was actually entering production. And now it's all confirmed.

So, read on for all the information we have so far about Apple’s HomePod.

It will be available in both white and space gray. 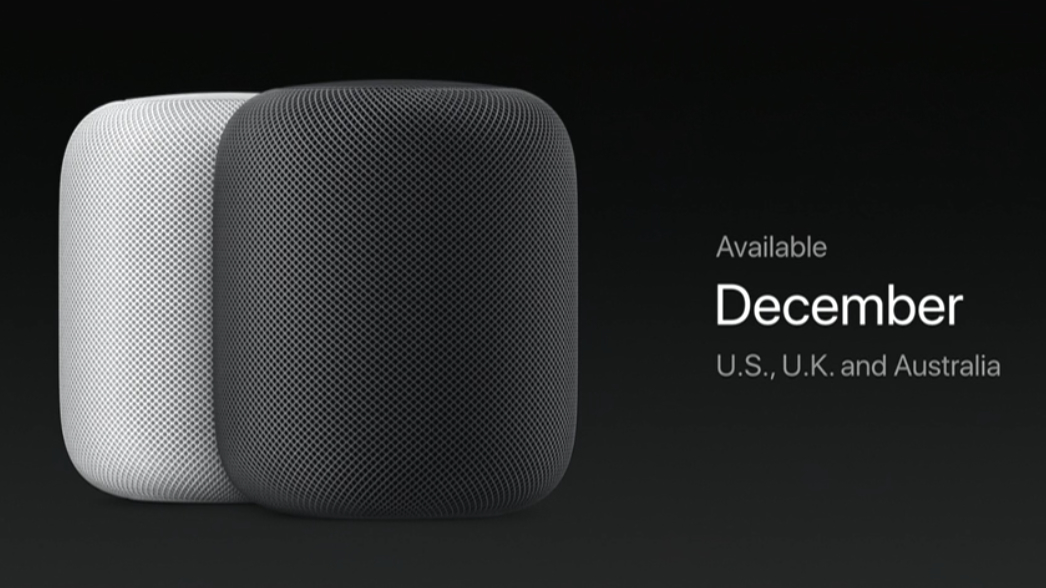 The HomePod is equipped with 7 tweeters on its base, along with a 4-inch upward-facing woofer. You can also pair two of the speakers together for a stereo configuration – but no specific mention yet of the ability to use the speakers in a 5.1 home cinema configuration, as is possible with rival Sonos gear.

The speaker itself is around 7-inches tall, and Apple has promised that setup will be as easy as it was with the W1 chip-equipped Apple AirPods. You'll need an iPhone 5s or later running iOS 11 if you want it to be compatible with the speaker.

Apple has confirmed that the new speaker will be spatially aware, so it should know how to optimise its sound to suit your home. It can detect the space that it's in, directing channels as appropriate depending on its location.

Hopefully this should mean its sound won't boom too much if its left in a corner, but we'll have to see how it performs in the real world before we can say for sure. 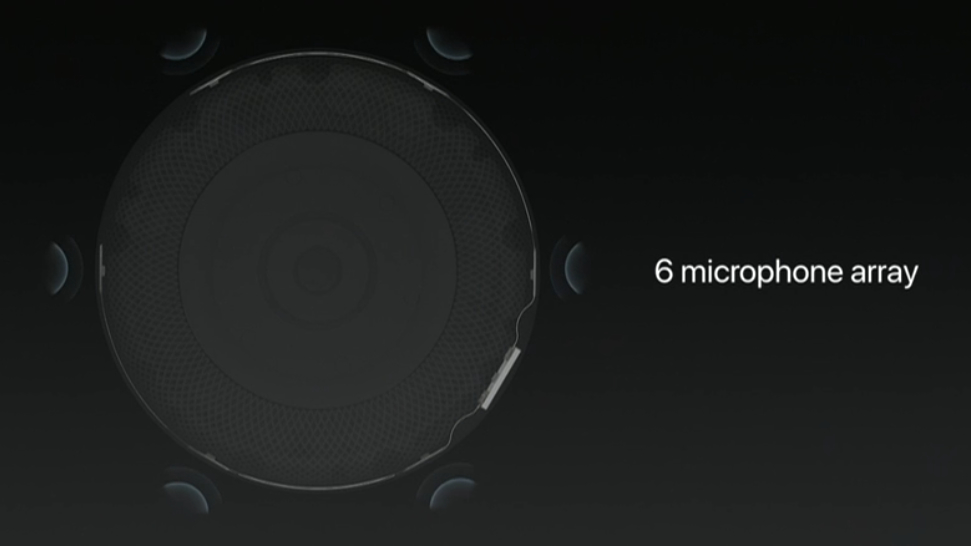 The speaker is equipped with 6 microphones that it will use to listen for voice commands. You can not only use it to control music, but you can also ask it questions about the music that's currently playing, such as for the name's of participating band members. "Who is the drummer in this?" was one specific (and cool) query Apple highlighted at the speaker's reveal.

You can tell the speaker when you like songs in order for Apple Music to recommend more that's similar to the tunes that's currently being played.

Apple boasts that the microphone array is intelligent enough to cancel out background noise so that the speaker can hear you over the sound of its own music. This is helped by its included A8 chip, which Apple claims is the most powerful processor to ever be found in a speaker.

The A8 chip first appeared in the iPhone 6 back in 2014, so it's not the newest chip Apple has to offer – but that's still incredibly powerful for a speaker.

The  HomePod is also compatible with a number of non-music features, such as reminders, giving weather information, and controlling HomeKit supported smart home devices.

Interestingly Apple has also said that the HomePod is "a great way to send messages", suggesting that it will include iMessage integration. 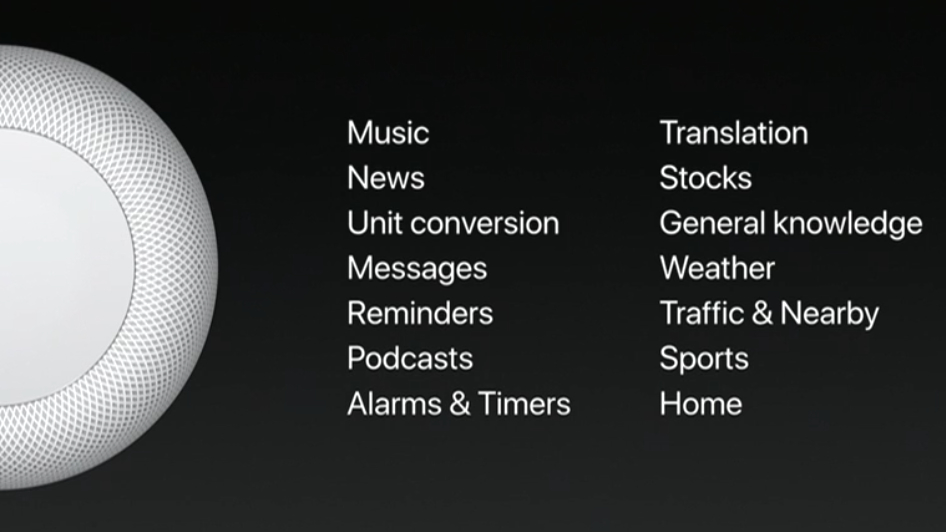 However, Siri has some significant problems compared to competing voice services, and we'll have to see whether the HomePod is able to address these issues.

For example, at the moment Siri heavily prioritises Apple’s own apps rather than allowing you to use alternatives. Ask Siri to play some music, and it will only be able to play songs that are located in your Apple Music app. Apple has explicitly said that HomePod is designed to work with an Apple Music subscription.

This is in contrast to both Alexa and Google Assistant, which both allow you to use a music app of your choice, rather than restricting you to Amazon Prime Music and Google Play music respectively.

Based on some developer digging, it doesn't look like third-party apps are going to be allowed on the HomePod – at least, not to begin with. 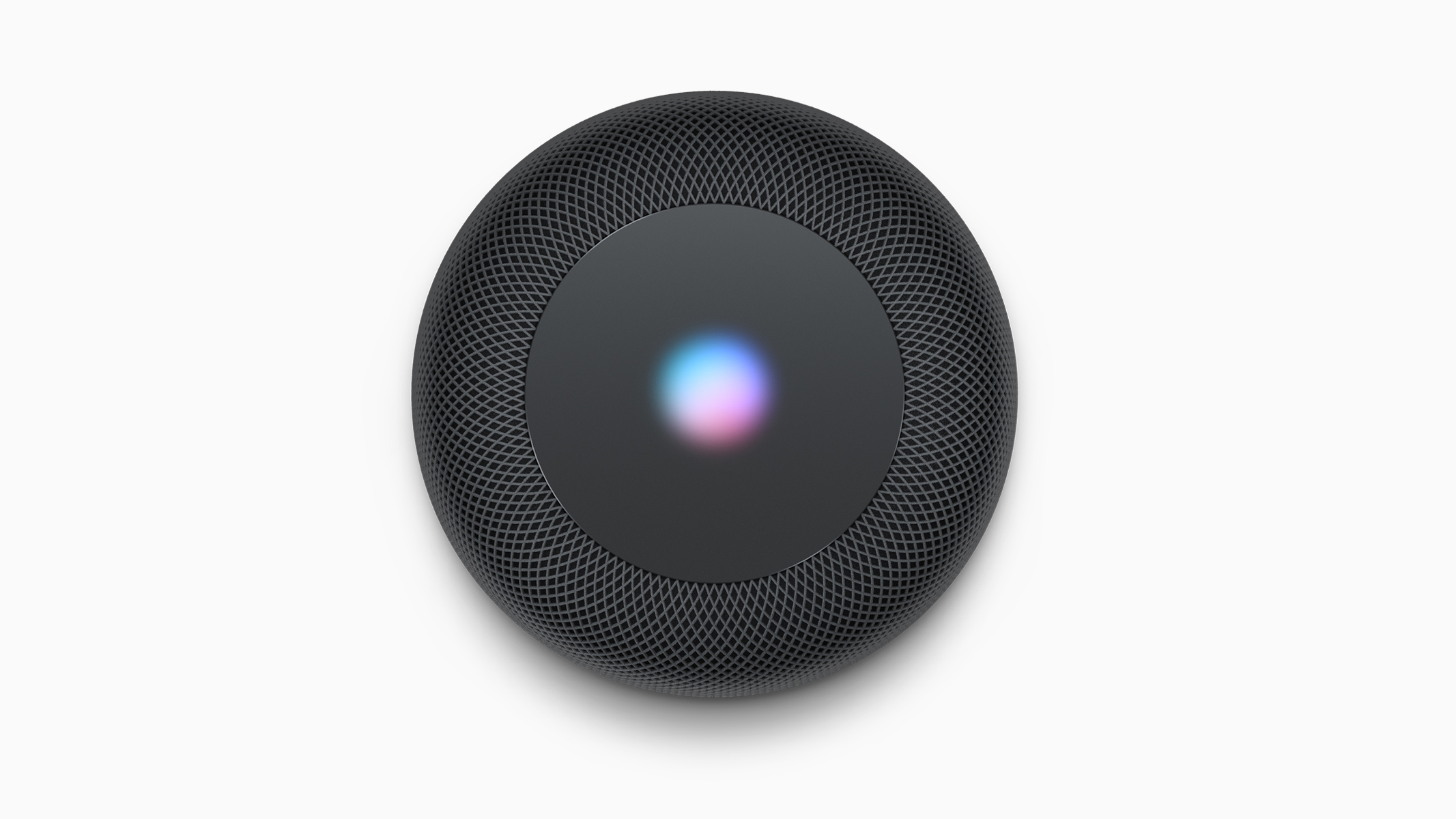 Amazon has been especially open with allowing developers to integrate their services into its smart speakers. It allows the creation of ‘Skills’ which essentially act as apps for the smart speaker, and so far there have been over 10,000 of them created for the speaker.

On a basic intelligence level, Siri also has a number of problems. Ask it when the Mona Lisa was painted (the year 1503, art buffs), and the voice assistant will happily tell you that ‘the answer is one thousand, five hundred and three,’ rather than being intelligent enough to realise that the year should be read aloud as ‘fifteen oh-three’.

Of course there’s always the chance that Apple will put significant effort into improving Siri before the HomePod is released in December. Google did a similar thing when it overhauled Google Now, creating Google Assistant, in the months before the Google Home was released.

Disappointingly, recent comments by Apple VP Phil Schiller which suggested that Apple was thinking along the lines of a Siri speaker with an integrated screen – turned out to be false. 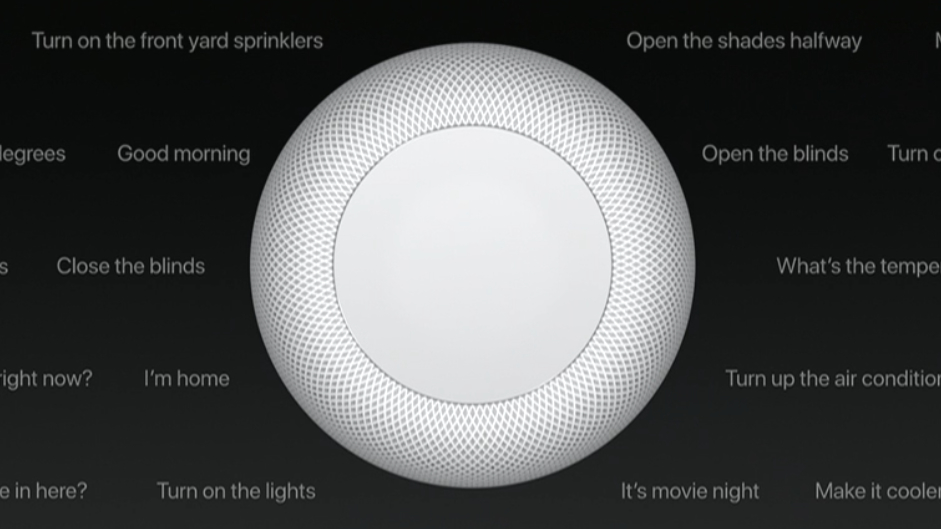 A new challenger has entered the arena

Smart speakers are one of the most unexpected and cool technologies to have come out over the past couple of years, and interesting to see each of the technology giants repurposing their existing voice assistants to work in a home context.

Apple isn't the only one with such a device on the horizon. Harmon Kardon is readying a home speaker equipped with Microsoft's Cortana voice assistant, and between that and Google's existing smart speaker efforts, the market is set to get crowded very quickly.

Hopefully the HomePod's audio technology will allow it to stand out against the competition.