When you’re looking for the best 55-inch 4K TVs in 2017, you’ll need to look for one that really strikes a balance between size, price, and all the high-end tech that’s in style right now. With winter around the corner and the temperatures start to chill things out, sending us all scrambling back indoors, we’ll turn to our TVs more and more. If your current TV is starting to get older, the free-falling cost of 4K HDR TVs may make today the best time to find a replacement.

TVs of this size are popular, and that results in TV companies paying plenty of attention, boasting all the best features and screen technology. That means there will almost always be a 55-inch TV that easily caters to all of your specific needs, particularly if you want to get on the 4K train.

From LCD, LED, OLED and QLED, you’ll find just about every type of display technology at 55 inches coming from television manufacturers like Sony, Samsung, LG and Panasonic. Even better, they offer 55-inch TVs loaded with new smart features.

Here are our recommendations for the best 55-inch 4K TVs you can buy today, with all the details you need to know about what makes them worth buying. 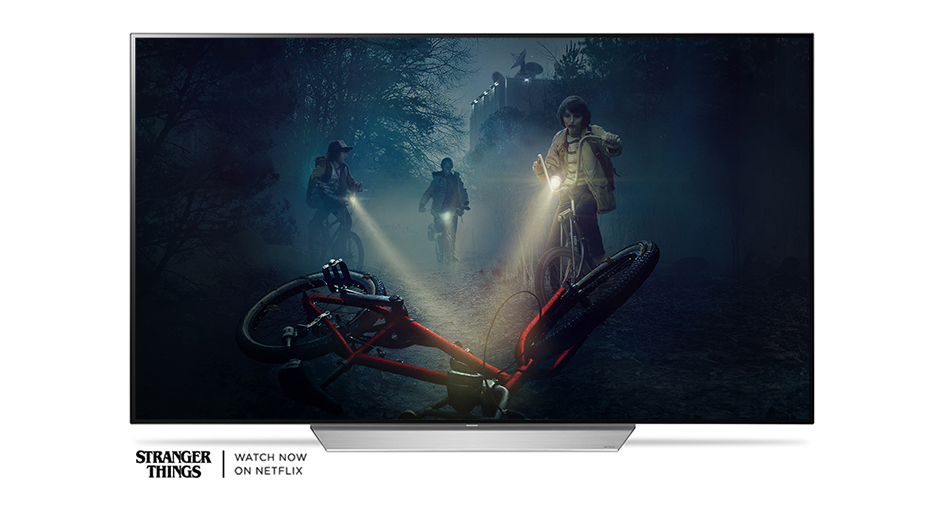 The LG OLED C7 is the clear winner of the best 55 inch 4K TV game – available in a 55-inch iteration as well as a 65-inch. It's at the top because it delivers better brightness and light control than last year’s C6 (something that up until now, we thought impossible), making it a high dynamic range performer that doesn't sacrifice OLED’s class-leading standard dynamic range capabilities. It delivers these new beautiful picture capabilities at a price that finally makes OLED a financially viable alternative to top-end LCD sets  making it, beyond a doubt, one of 2017’s most desirable TVs.

There are other OLEDs worth considering this year (see: Sony's A1E OLED or LG's B7 and W7) but when we think about just how much LG's OLED C7 offers for its price, there's just no panel from 2017 that can top it. 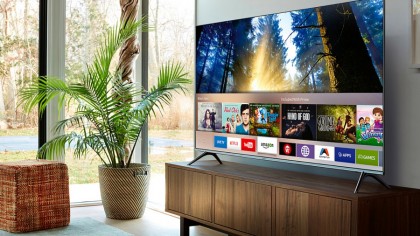 This is possible because of the set's direct LED backlight, which allows it to achieve a level of brightness uniformity that edge-lit displays just can’t reach.

And with the fantastic detail and motion handling, the Sony BRAVIA XBR-55X900E (called the KD-55XE90 in the UK) maintains an unbelievably balance between price and performance for mid-range 4K TVs and is well worth considering … even if its Android TV interface can feel a little clunky, and its remote a little flimsy. 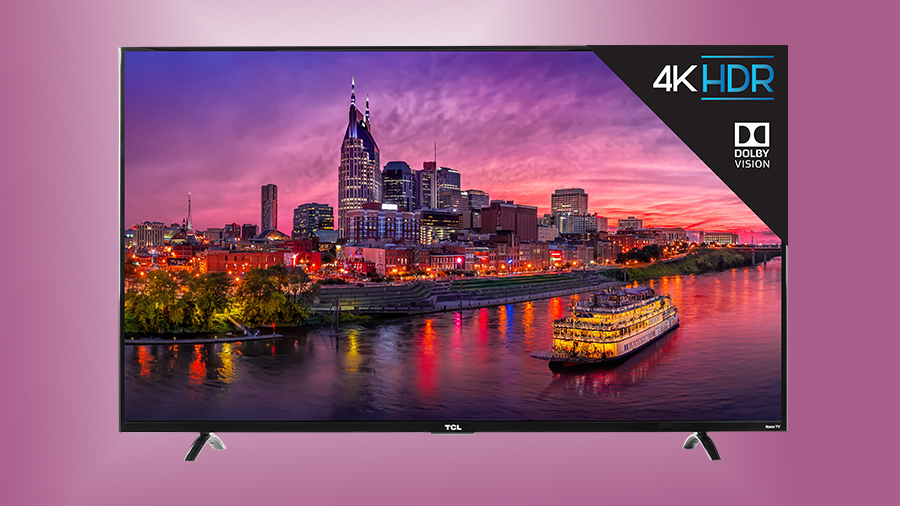 For years TV manufacturers have been trying tirelessly to find a way to bring a great performing Television at an affordable price, and so far they’ve been unsuccessful. Until now.

TCL’s P-Series 55P607 does just that – it packs amazing technology under the hood, including support for Dolby Vision and WCG, in an affordable package and the price will only continue to drop once the seasonal sales start in November.

If you like your TVs bright, colorful and well-stocked with the latest display technologies, the TCL P-Series 55P607 should be at the top of your list. 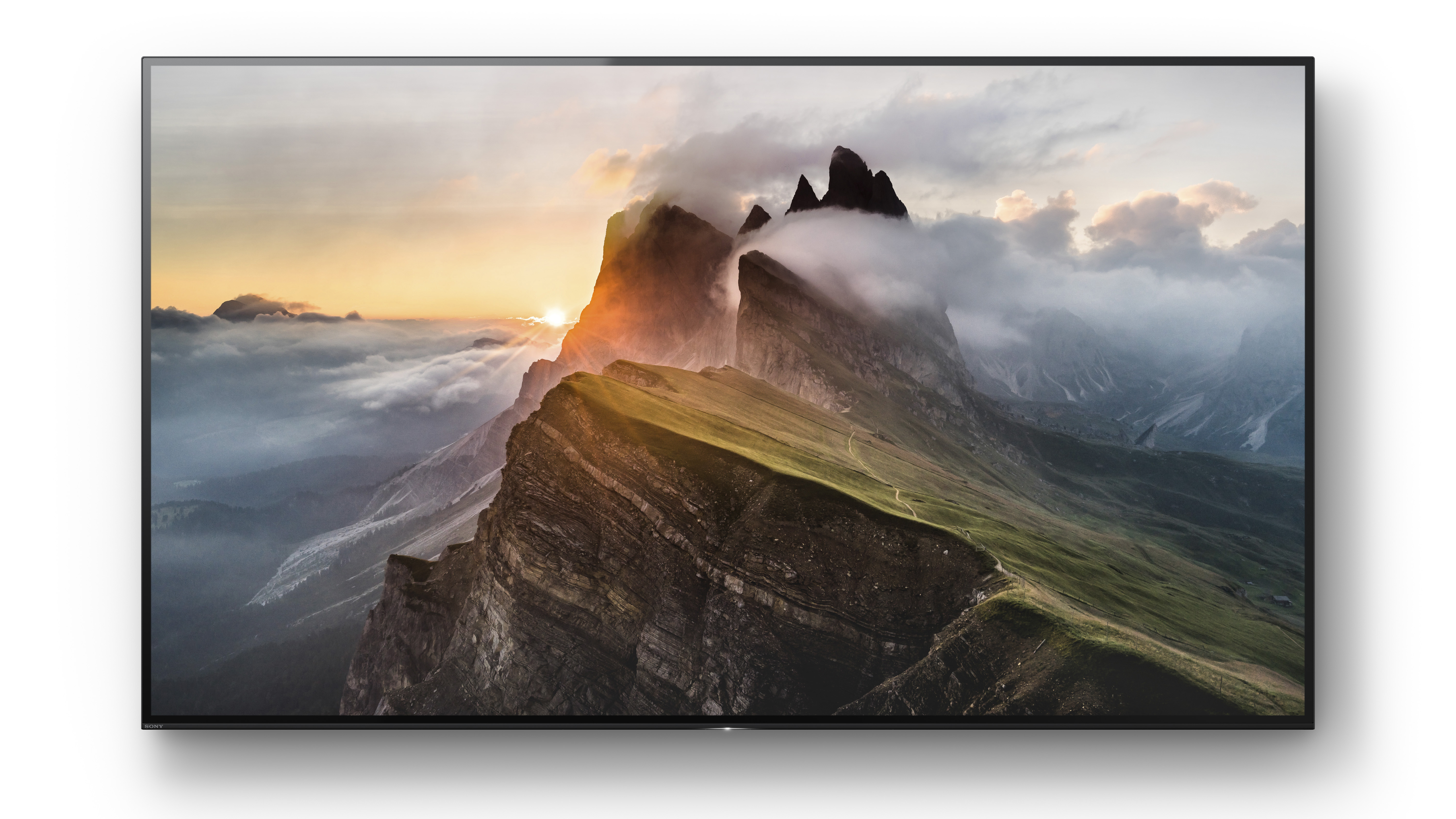 If you have the money to bankroll them, the 55A1E – and the A1E OLED series overall – are crowd pleasers in just about every way. Their ‘picture only’ design has been beautifully realized, managing to be simultaneously subtle and dramatic. Their vibrating screen delivers a far more powerful and effective sound performance than we’d ever thought possible.

The real stars of the show here, though, are the A1’s exquisitely detailed, contrast-rich and colorful pictures. These prove emphatically what we’ve long suspected: More brands using OLED technology can only lead to good things. 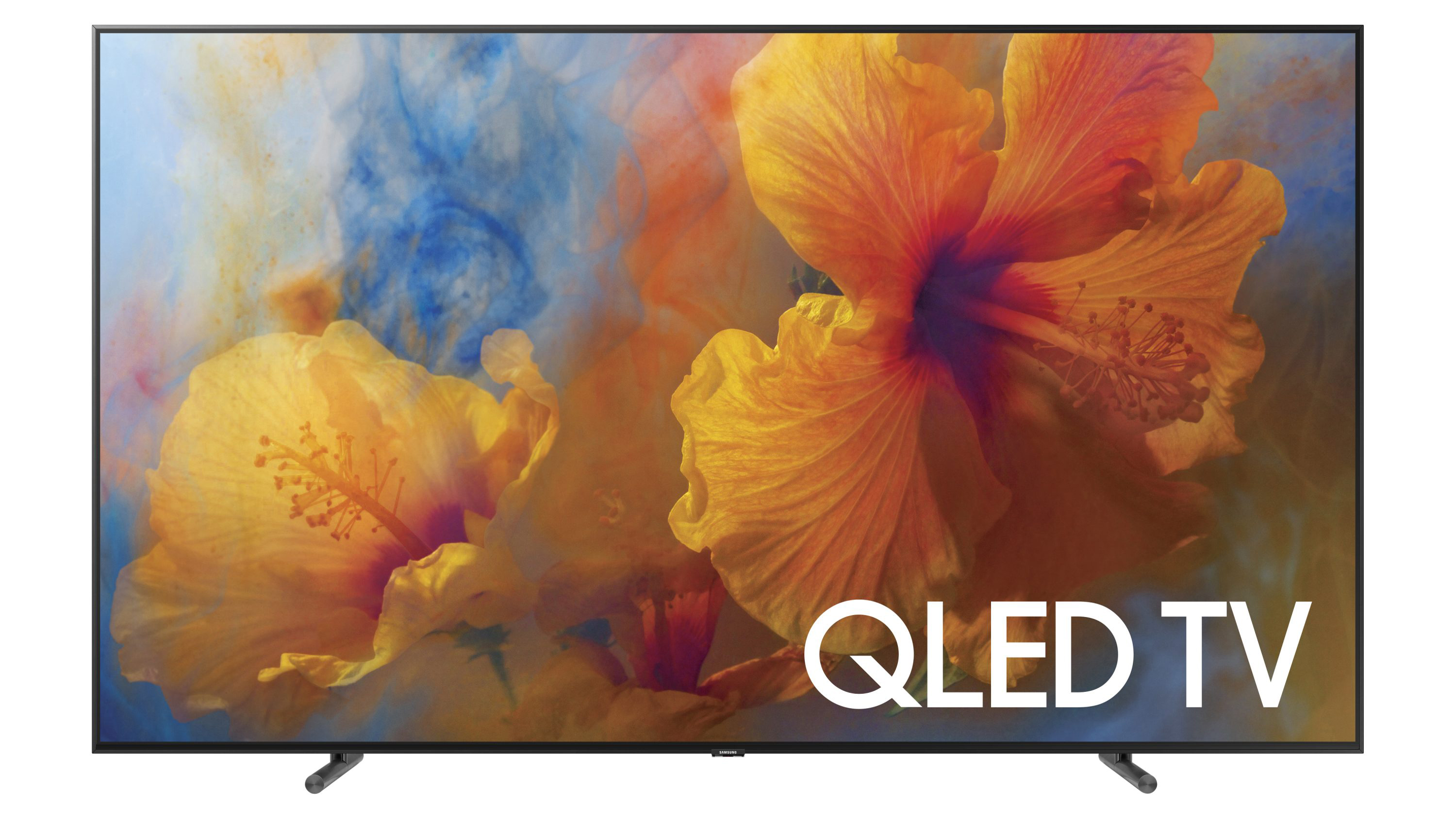 Samsung was the first brand to introduce an HDR-compatible screen way back in 2015, but it's not been resting on its haunches ever since.

It's latest flagship, the QN55Q9F (QE55Q9FAM in the UK), is a perfect example of this. It ups the brightness to 1500 nits, 50% higher than the level required for UHD Premium certification, making it one of the brightest TV we've ever tested.

Outside of an impressive-sounding number this brightness has a real impact on the set's image quality. Detail is preserved in even the brightest areas of the image, and colors are exceptionally vivid and bright. That means even non-HDR content looks fantastic thanks to Samsung's SDR upscaling technology.

No TV is perfect, and the Q9F can occasionally suffer from some backlight clouding around bright objects and some settings cause color striping in HDR colors, but in all other respects this is the best television around at the moment. 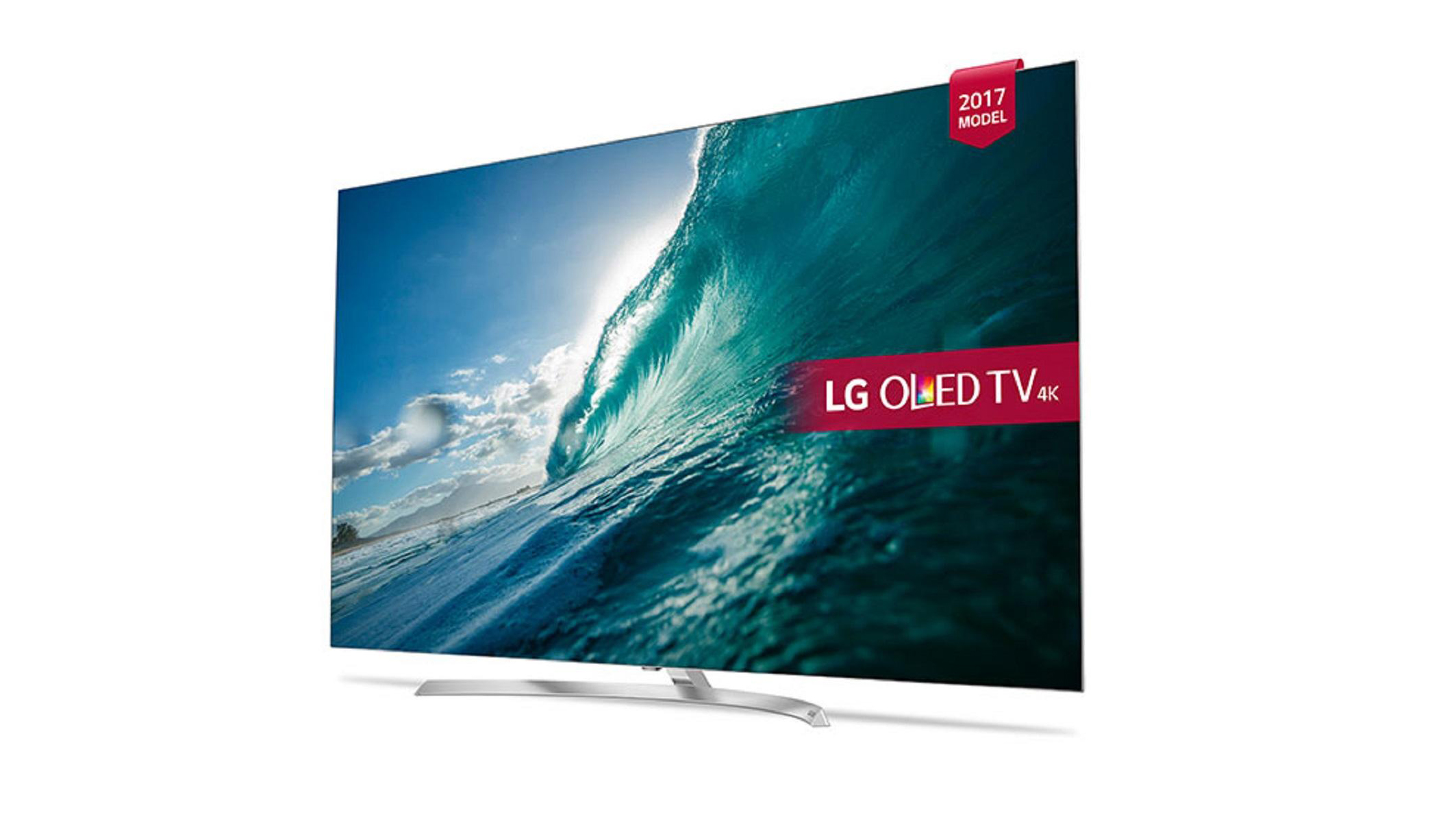 LG's 'B' line of OLEDs has consistently offered a great entry point into the display technology without compromising on what makes it so exciting.

And the B7 series is no different.

Contained within the TVs is exactly the same panel that's powering the more expensive C7, E7 and yes even the W7 LG televisions, which means an exceptional bump over last year's OLED panels at a much lower price.

So where has LG saved the money? In a word, sound. The B7's downward firing speakers are the worst all the company's OLED TVs. Not only that, but the set is also currently unable to pass Dolby Atmos to an external sound system over HDMI (although a firmware update to fix this is on the way).

If however, you're content to put up with a standard surround sound experience, then the B7 is a fantastic entryway into a piece of TV tech that still feels futuristic in 2017. 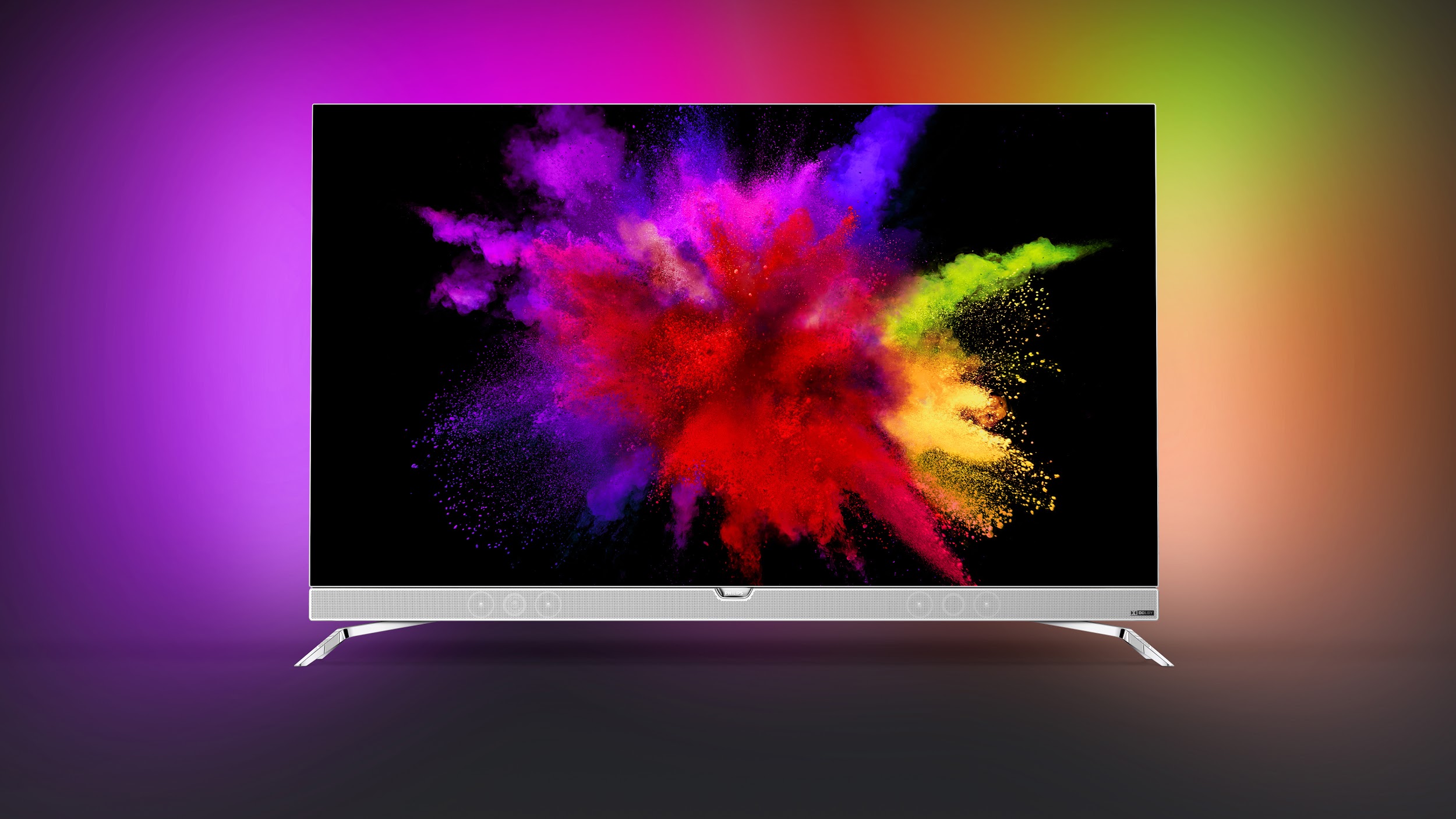 AV enthusiasts living in the UK have it good. Not only do you have access to great OLEDs from Sony and LG, but Philips and Panasonic each have their own line of infinite contrast screens that are exclusive to your neck of the woods.

Of them, one of our favourites is the Philips 55POS901F: a gorgeous looking 55-inch TV built around an OLED panel. The screen makes a stunning first impression thanks to the radiance of its three-sided Ambilight system and the gleaming metallic purity of its bodywork.

It’s much more than just a pretty face, though.

By the time you’ve added to the 55POS901F’s heady 4K HDR picture mix OLED’s ability to be watched from wider angles than current LCD TVs without losing colour and contrast, you have on your hands one of the best TVs on the market, even in the especially competitive 55-inch screen space. 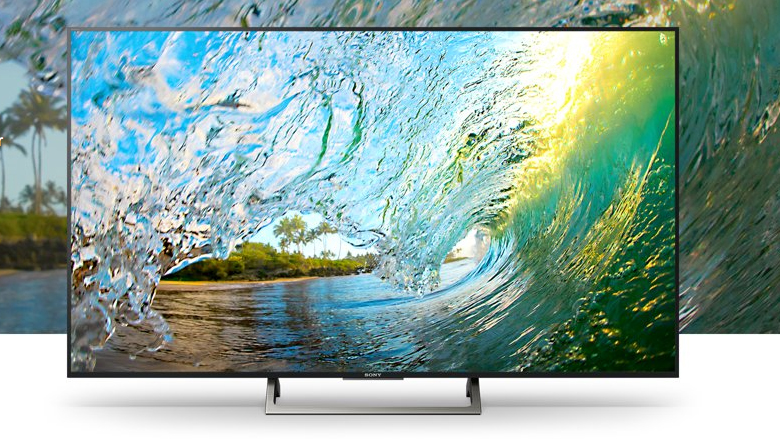 By introducing its exceptional X1 video processor further down its TV range than ever before and being brave enough to dial down the brightness a bit to deliver a more even, immersive backlight experience, Sony's struck mid-range gold with the XBR-X850E (KD-55XE8596 in the UK).

While it's not the brightest or most colorful TV on the list, the simple fact is that few TVs we’ve seen in recent times have balanced price, contrast, brightness and color quite so all-round effectively as Sony's mid-range hero.

All that said, US customers will have to upgrade to Sony's 65-inch iteration of the X850E if they want the mid-range price break, while UK residents get to happily enjoy this one in the smaller 55-inch size.