Apple’s iPhones and iPads can't be affected by malware in the same way as Windows, but your devices will still be vulnerable to a host of other threats. Whether it's malicious websites, annoying ads, web trackers or just someone grabbing your device when you're not looking, there's plenty to be concerned about.

Fortunately there are lots of big-name antivirus and security vendors that can help. Installing the right app can protect you from both web-based threats and local snoopers, with powerful extras available from cloud backup to VPNs and high-end identity theft protection.

Not all these apps deliver on their promises, but we've found five top-notch contenders that definitely deserve a closer look. Keep reading to find out more. 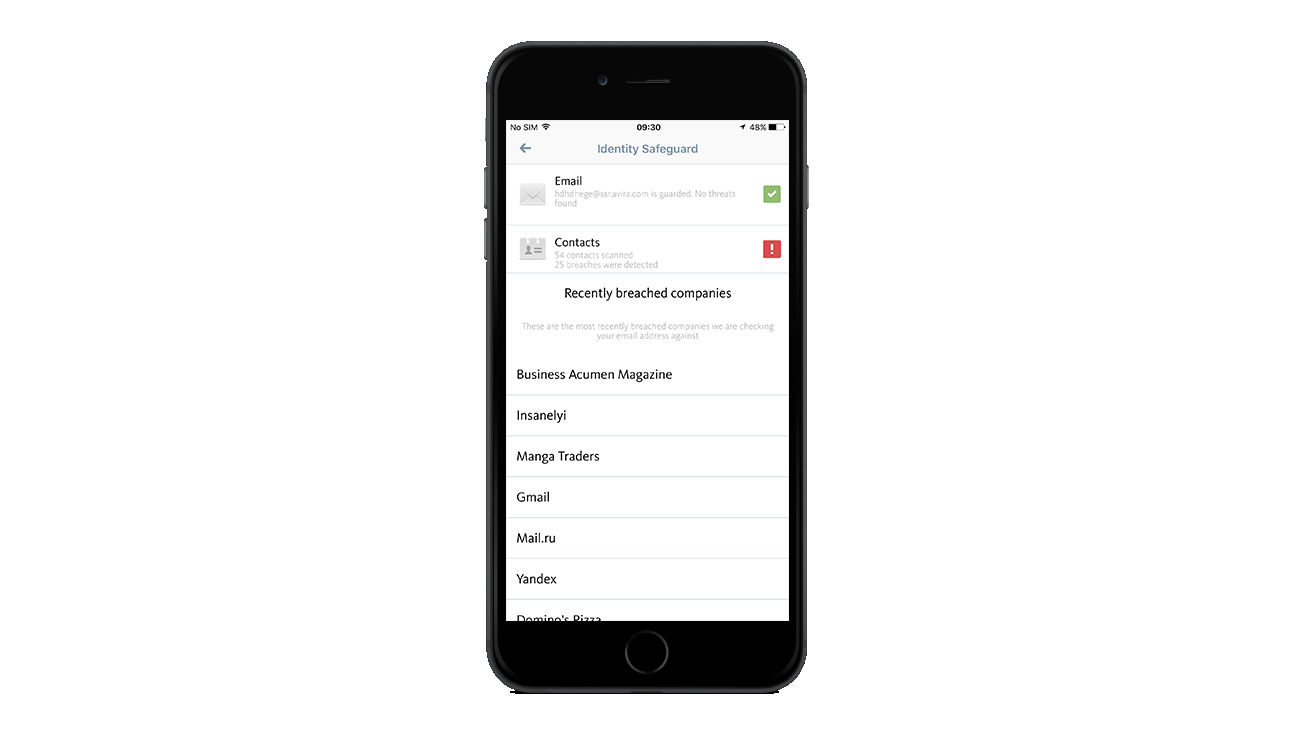 German-based Avira is one of the most effective antivirus engines on the desktop, and although Avira Mobile Security doesn't have the same malware-hunting focus, it's still crammed with useful features.

Phishing protection does a good job of blocking malicious websites, an excellent first step in keeping you safe online.

An Identity Safeguard automatically scans the email addresses of you and your contacts to check whether they've been leaked online, and alerts you to any security breach.

An unusually versatile Contacts Backup feature can protect your address book by emailing the details to yourself, or backing them up directly to Google Drive or Dropbox.

Elsewhere, handy management tools enable analyzing memory and storage use, as well as providing monitoring reports on recent security events, plus the suite is rounded off with a simple anti-theft module.

Put it all together and Avira Mobile Security is a versatile suite which uses multiple layers to protect you from web-based and other dangers. Go grab a copy immediately. 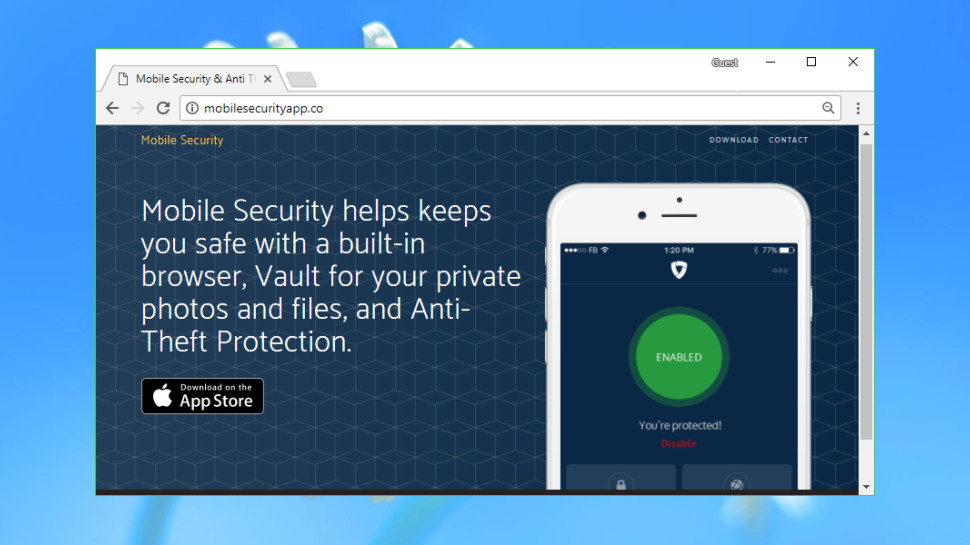 Mobile Security is a popular freemium app which offers an interesting mix of privacy and security-related functions.

Free features start with the Vault, a simple tool for securely hiding your most confidential files and photos. A Safe Browser allows for private and ad-free surfing, and a security alarm aims to prevent device theft.

Upgrading to the Premium plan – from $8.99 (£6.40) a month – gets you cloud backup and a "premium security VPN". Using a VPN is more about privacy than security, but the developer claims it can also "identify unsafe websites and connections, and block them" before they can cause you any harm, which could be useful.

Getting access to a VPN is an unusual plus point, but probably not quite enough to justify the price. The Mobile Security website has barely any details on the VPN service and what it has to offer, and you could sign up with one of the top specialist VPN services for little more than half the cost.

Still, a three-day trial allows you to run your own tests before you buy, and Mobile Security's free services alone are probably enough to justify the download.

Lookout is an unusually complete security app which shields your iDevice with four layers of in-depth protection.

An effective set of anti-theft technologies include various device location tools, an alarm that works even if your device is on silent, and the ability to display a custom message on the lock screen to help you get the device back.

Simple backup options are on hand to keep your contacts and photos safe from harm.

The $9.99 (£7.15) a month Premium Plus version adds a full-strength identity theft protection service. This includes alerts if any of your personal information is exposed in a data breach, along with social media monitoring, lost wallet recovery to help you quickly cancel and reorder credit cards, 24/7 support if the worst happens and $1m identity theft insurance to cover any damages or legal fees.

Some poor reviews for recent releases have seen Lookout's App Store rating drop to a miserable 2.7, but there's still a lot of functionality here, even in the free version, and it deserves a few minutes of your time.

McAfee Mobile Security won't exactly surprise you with its functionality. Anti-theft, contacts backup, secure local storage for your media files: it's all very familiar. But don't let that put you off – the app is more interesting than you might think.

The Media Vault hides your photos and videos, for instance. That's not unusual, but you can also snap photos or videos directly from the app, and have them automatically encrypted and stored in the vault. And you can quickly reopen the vault with Touch ID or even Face ID on the iPhone X.

The anti-theft features take a similarly thorough approach. Yes, there are the standard options to track your device on a map, or activate a remote alarm which sounds even in silent mode. But the bundled CaptureCam feature can email you with a snapshot of anyone trying to get into your vault. You're able to initiate an alarm from your Apple Watch for easier location. The app can even save your device location when the battery is low, giving you a better chance of tracking it down.

Bonus features include automatic contacts backup, remote wiping of contacts if your device is stolen, and a battery indicator which allows checking your iPhone battery level on your Apple Watch.

McAfee Mobile Security may not have the most imaginative of feature sets, then, but there's a lot here, especially for a free app from a big-name vendor. If you don't have some of these functions already, it's well worth a closer look.

Your iOS devices may not need antivirus software in the traditional sense, but there are plenty of other threats out there online, and Trend Micro Mobile Security tries to combat them all.

Built-in web filtering works with Safari and other browsers to prevent you accessing malicious or unwanted websites. Integrated ad and tracker-blocking maintains your privacy while cutting data usage and speeding up website load times.

Trend Micro's Safe Surfing is a secure browser which supports its own private surfing mode, giving you extra reassurance that your history isn't being recorded.

Trend Micro Mobile Security does allow for testing all its premium features via a time-limited trial, though, and even if you don't sign up, the app has a couple of useful free features. The Device Access Status module checks your system to ensure it's configured properly, and a Secure QR Code Scanner provides a safer way to open mystery links.