For decades, the DSLR (digital SLR) has been the top choice for anyone who wants to take their photography to the next level. Whether you're a beginner or a pro, a DSLR offers three key ingredients: manual controls, excellent picture quality and interchangeable lenses.

Don't want to spend a lot on DSLR and need a basic entry-level camera, then you can head over to the list of best DSLRs under Rs 50,000.

In between entry-level and full-frame DSLR are a whole range of models aimed at different users, different levels of experience and different budgets. Here's our pick of the standout DSLR cameras you can buy right now in India: 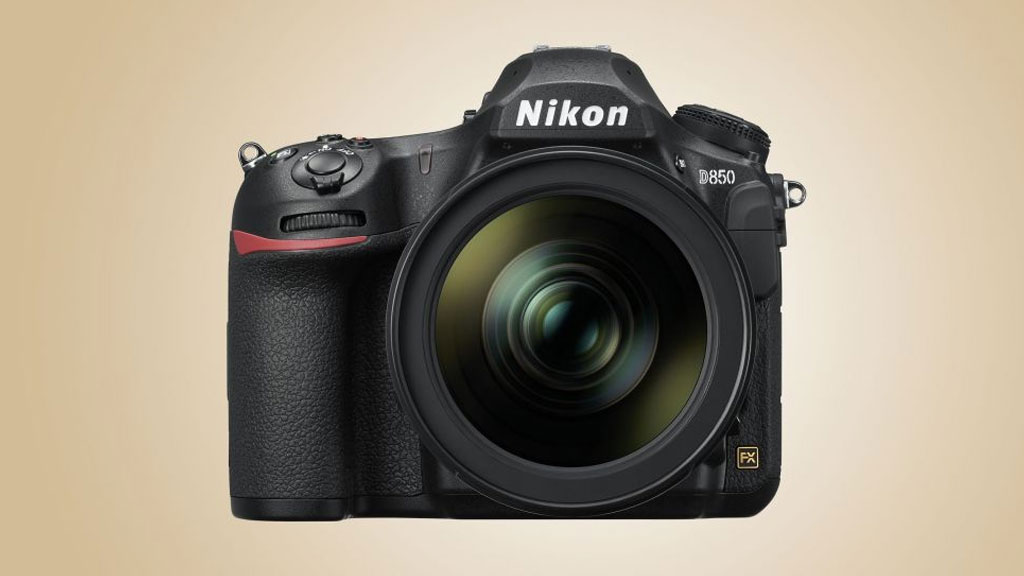 The Nikon D850 is the ultimate DSLR right now. We know its pricey, but this full-frame monster is as stunning as they come. It's huge 45.4MP sensor delivers images with stunning detail and noise performance, while the sophisticated 153-point AF is borrowed from Nikon's flagship D5.

In addition to this, a 7fps burst shooting and a host of advanced features all fitted in a durable magnesium alloy body get you a camera that's pretty much at the top of its game for any subject you want to shoot. 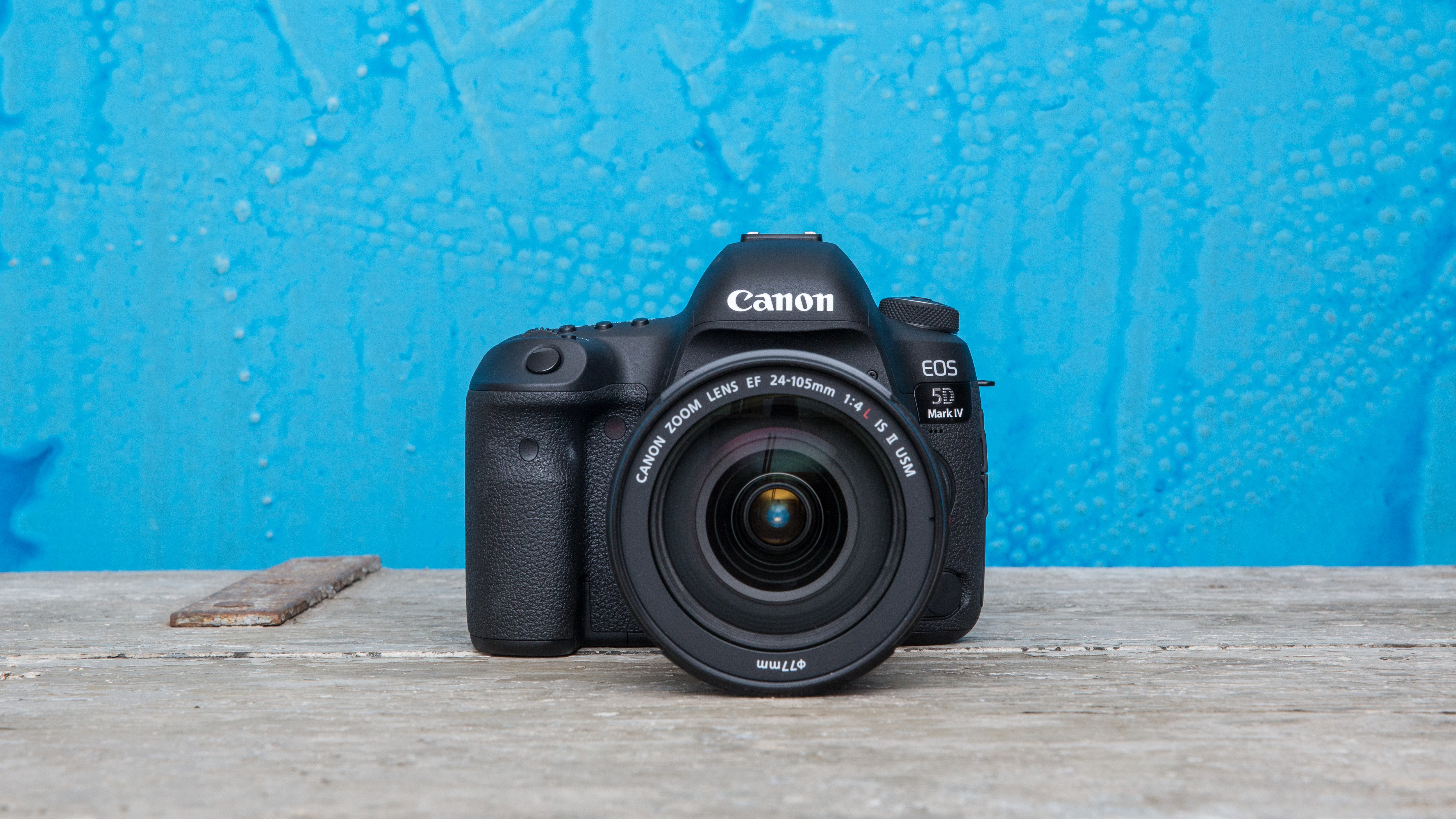 Canon's EOS 5D series of cameras has a rich heritage – the original EOS 5D bought full-frame photography to the masses, the Mark II unleashed Full HD video capture for the first time on a DSLR, and while the Mark III became a firm favourite amongst photographers. The 5D Mark IV pretty much tweaks and improves on everything before it. With a new sensor that delivers pin-sharp results, a 61-point AF system that's incredibly advanced and some very polished handling, the EOS 5D Mark IV has to be one of the best DSLRs we've seen. A serious investment, but you won't be disappointed. 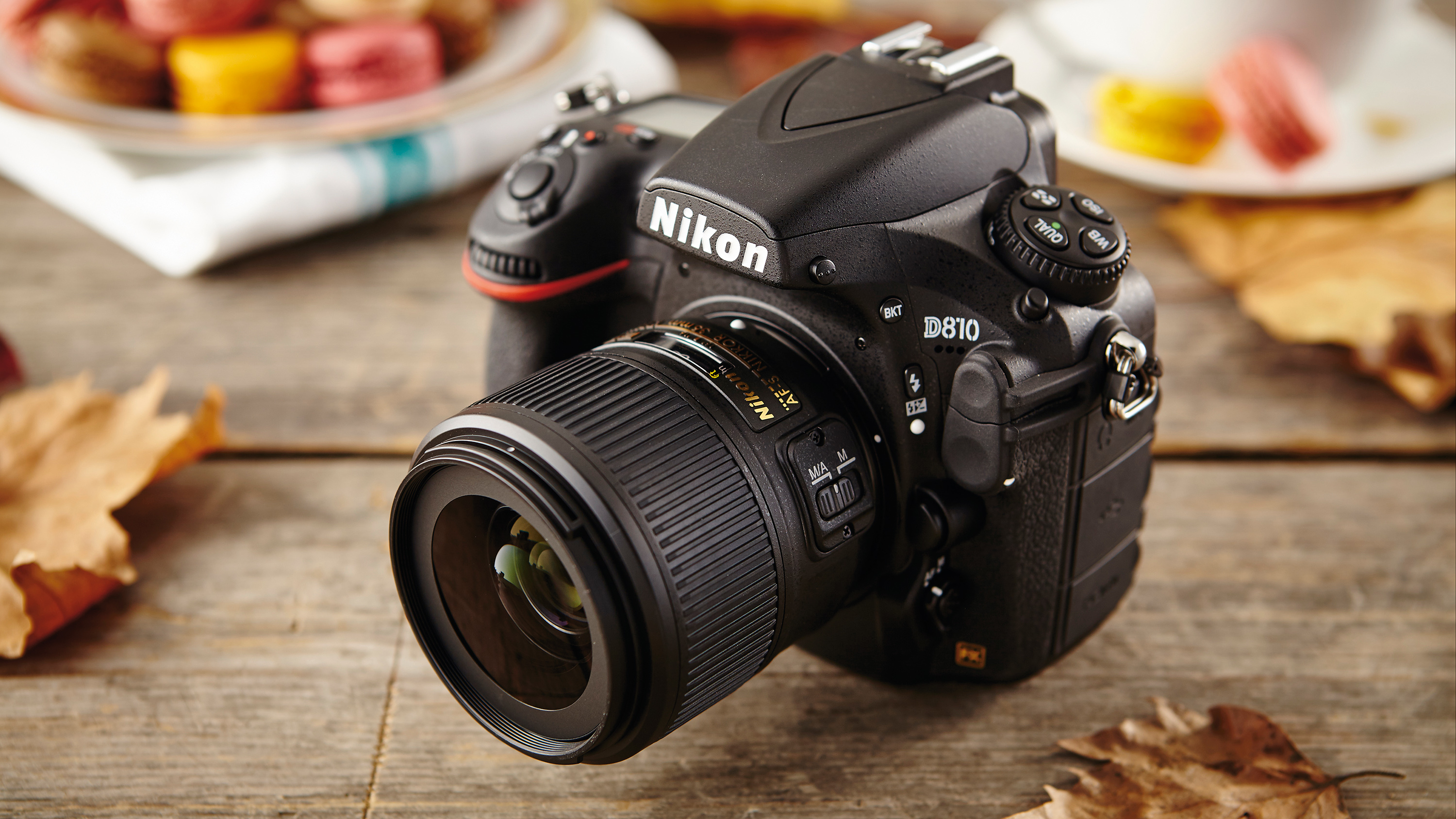 The full-frame Nikon D810 might be getting a little old compared to rivals (there are rumors we might see a replacement later this year), but this Nikon is still a great buy. It's built like a tank, it handles beautifully and it doesn't cost the earth – well, when compared to the EOS 5D Mark IV that is. The D810 follows the D800E and ditches the anti-aliasing filter that's usually placed in front of DSLR sensor. This is in order to maximise its formidable resolution, which while it has been eclipsed by the Canon EOS 5DS and Sony Alpha A7R II, still delivers stunning results with huge amounts of detail. If you're into sports, action and wildlife photography, the Nikon D5 and D500 have faster continuous shooting speeds, but neither can match the D810's outright image quality and value for money. 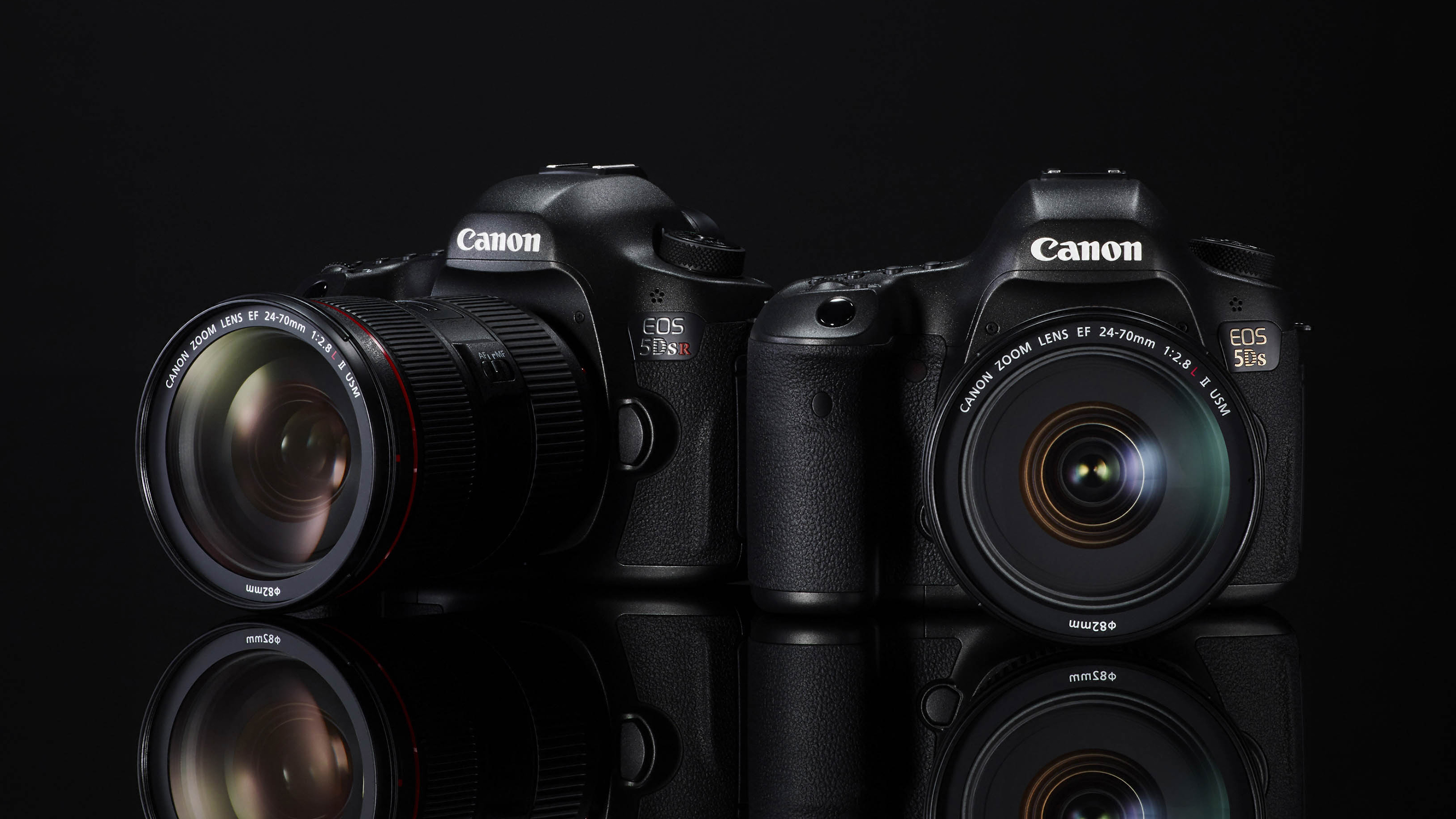 With 50.6 million effective pixels, the 5DS is by far the highest resolution full-frame DSLR on the market. The same goes for the 5DS R, which is identical to the 5DS, but features an anti-aliasing cancelation filter over the sensor to help resolve a little more detail. Pixel-packed sensors can be compromised, but not here. Image quality is superb, with fantastic detail, well controlled noise and good dynamic range. The 5DS is now the benchmark for full-frame image quality, but it’s not quite perfect. There’s no Wi-Fi or Ultra HD video recording, and huge image file sizes necessitate decent memory cards and a fast computer. The 5DS out-resolves any other full-frame camera on the market in our lab tests. 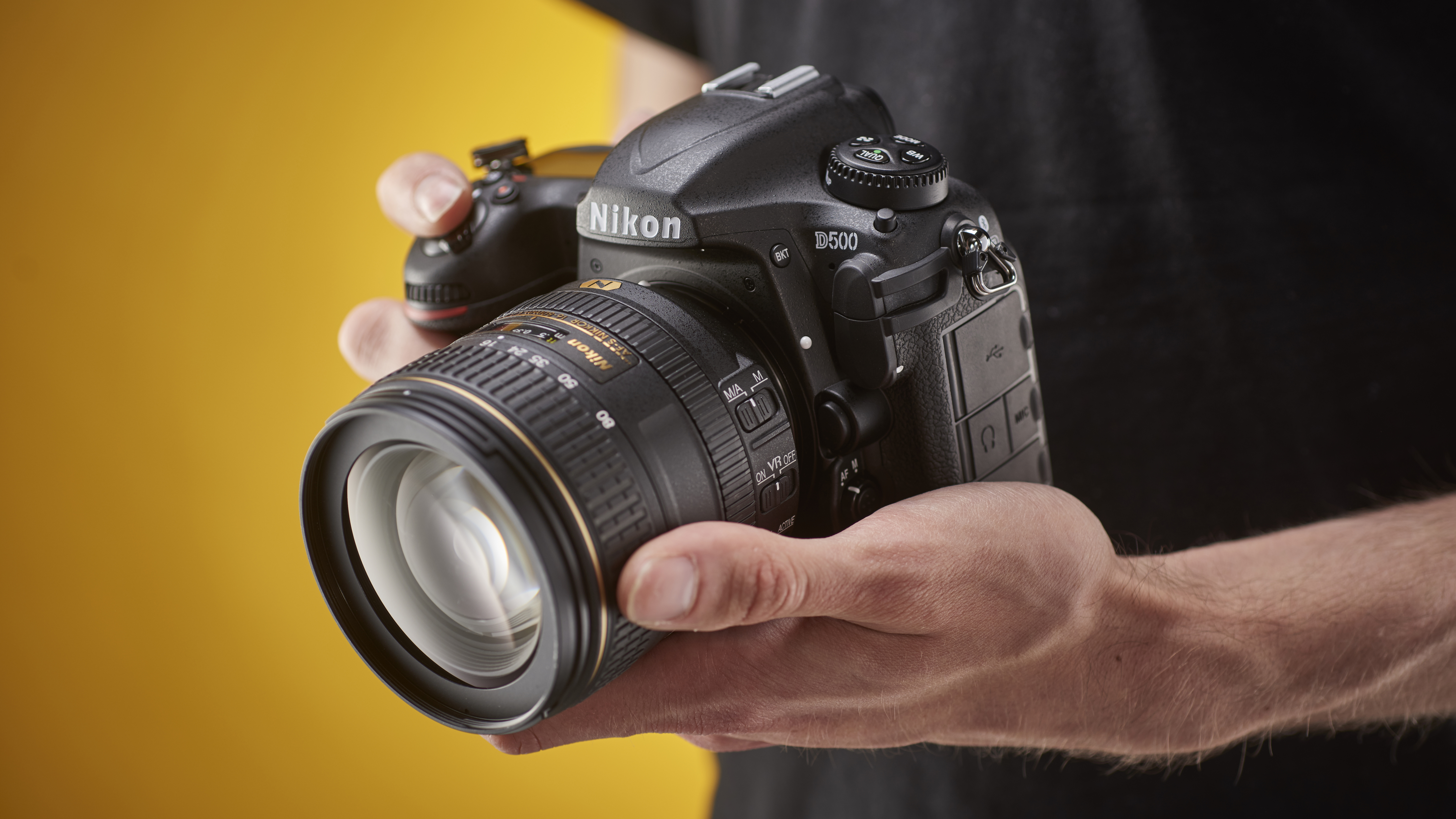 Nikon has taken their flagship D5 DSLR and most of its high-end features and distilled all of this into a smaller, but still very durable metal body. The full-frame sensor is replaced by an 20.9MP APS-C sized chip. That does mean the D500 can shoot at a rapid 10fps and the high ISO performance is that bit better, while the 153-point AF arrangement is perhaps the best autofocus system out there right now. A brilliant all-rounder, it excels at fast action like sports and wildlife photography, but still has the chops to shoot landscapes and portraits. If the cost is a bit steep, then Nikon's just announced the D7500 that sits below that D500 and inherits many of its tech, including the 20.9MP sensor. 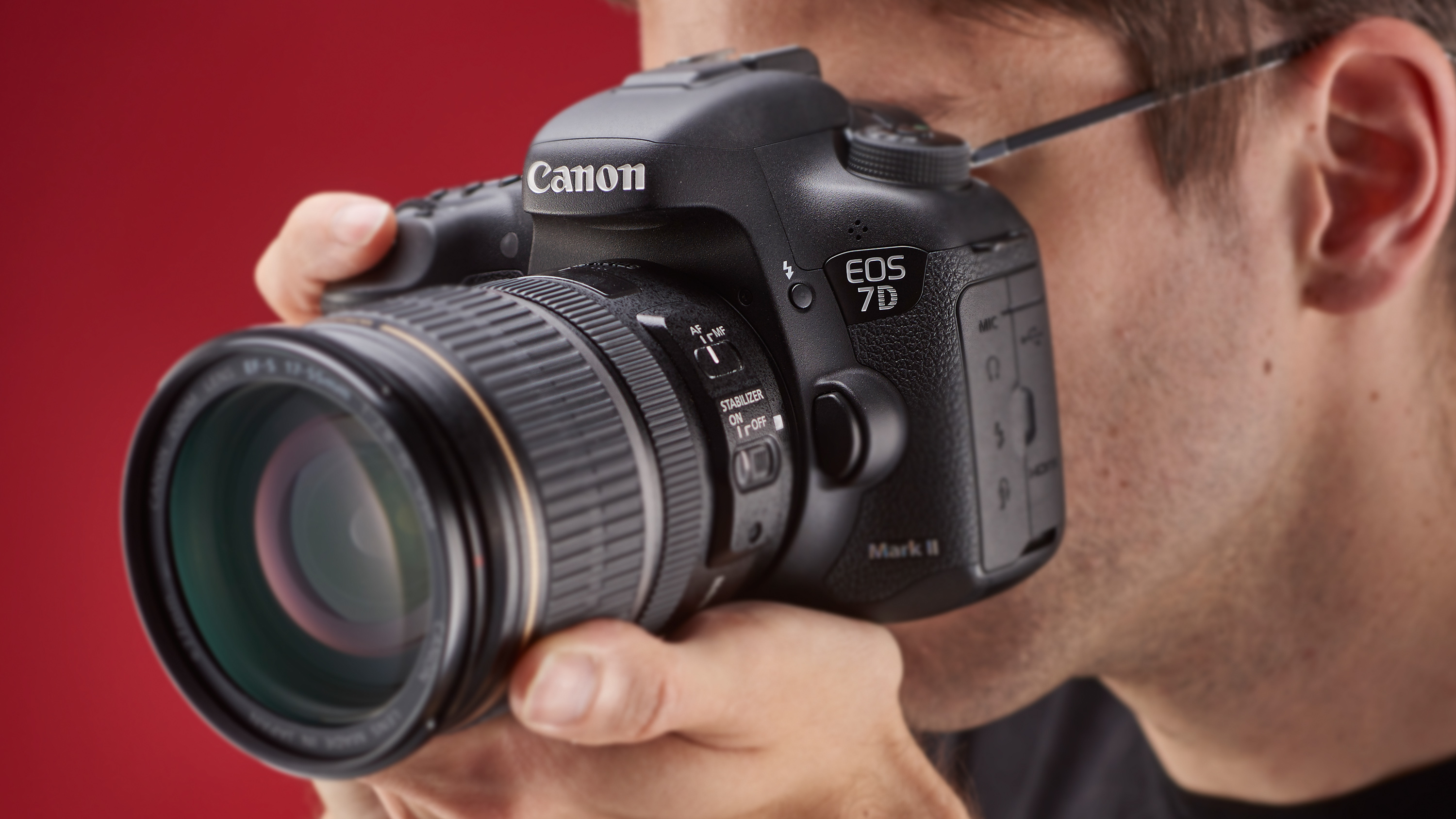 Just like D500 above, the EOS 7D Mark II borrows much from its big brother, the EOS-1D X (that's now been replaced by the EOS-1D X Mark II), bringing 10fps shooting and a professional autofocus system to the amateur market. Now you can shoot action and sports like the pros, but at a price within the reach of enthusiasts. The EOS 7D Mark II isn't just a high-speed specialists, it's a terrific all-round camera. It's tough, with an alloy body and weather-sealed controls, it has a great sensor with an advanced dual-pixel hybrid autofocus system, and it's a powerful video camera too. 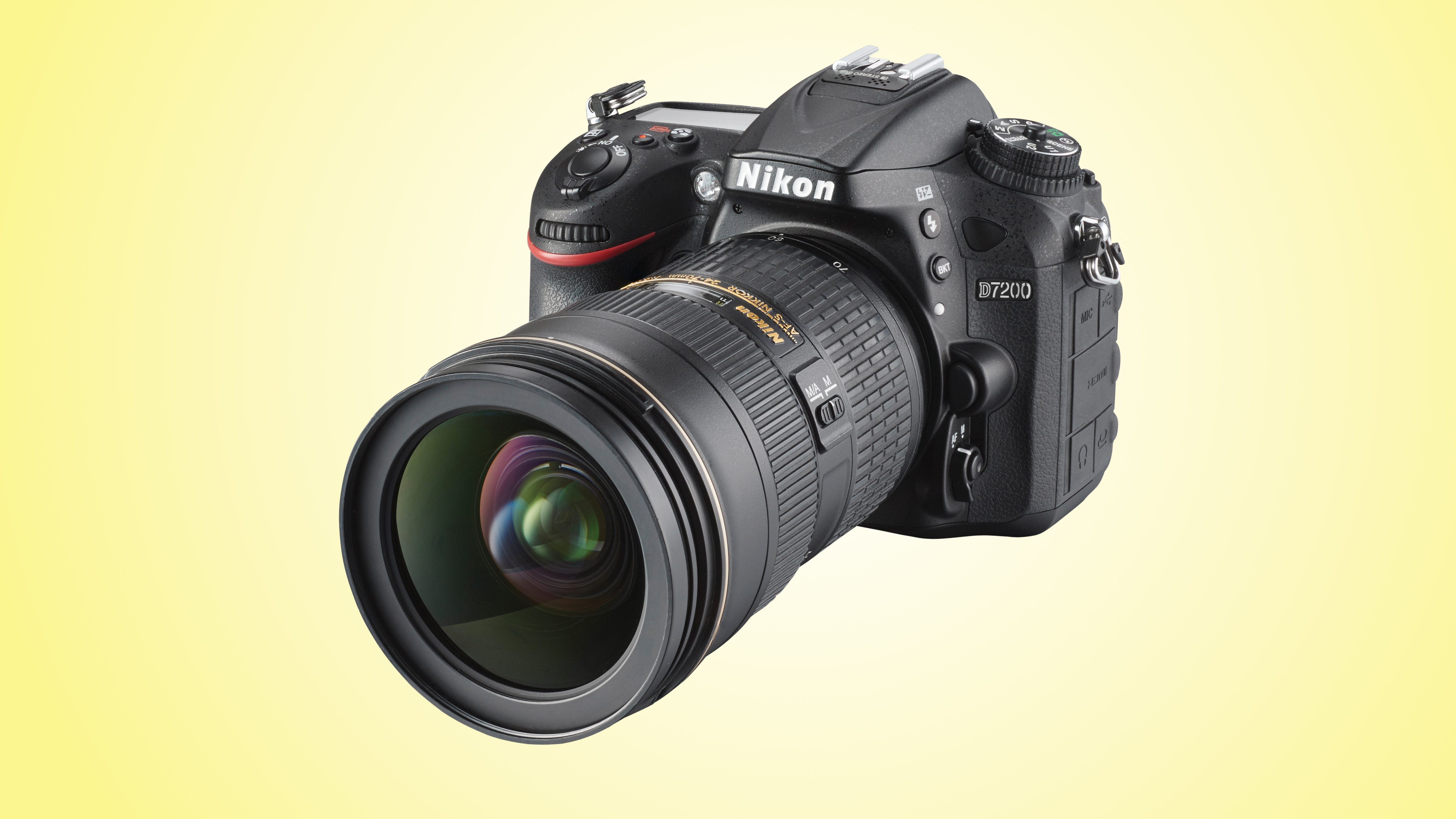 Cheaper than the D500 and while it doesn't offer quite the same pro-spec performance, the Nikon D7200 does offer a bit more in the way of resolution. Using Nikon's excellent 24-megapixel APS-C format sensor with no anti-aliasing filter, it produces some of the sharpest images you'll see outside of professional full-frame cameras. The D7200 doesn't match the D500's sheer speed or out-and-out build quality, but it can still shoot at 6 frames per second for up to 100 JPEG photos or 27 raw files, and it uses a tried-and-tested 51-point autofocus system that offers a range of advanced features. The D7200 though is probably overshadowed a bit now by the arrival of the D7500, but that does mean you should be able to find a D7200 at a good price. 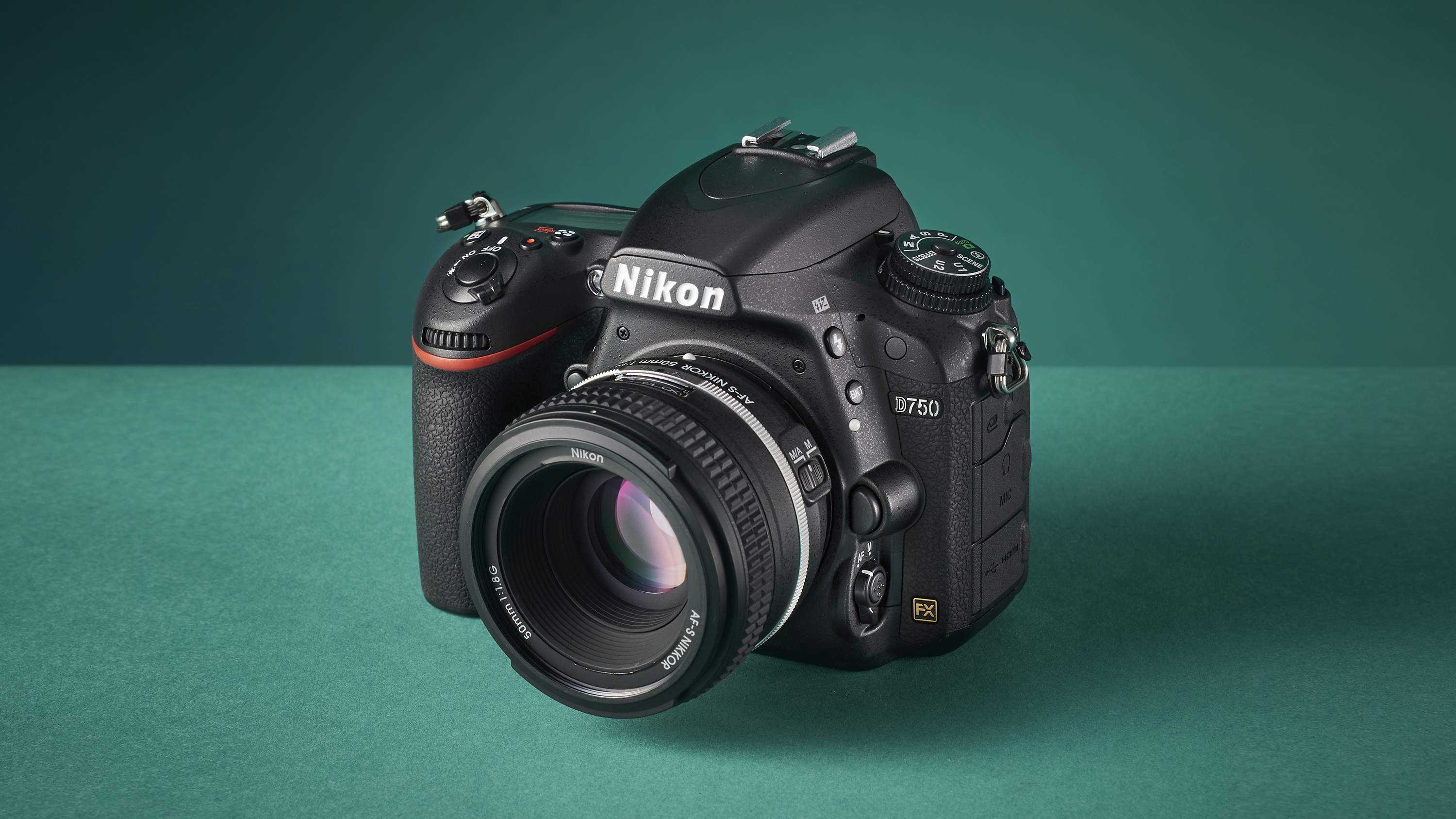 Like the looks of Nikon’s D810 further up the top, but don’t want to shell out quite that much, then look no further than the 24MP full-frame D750. It doesn’t have that magnificent 36-megapixel sensor that the D810 does, but its 24-megapixel alternative still delivers top quality results, especially at high ISO settings. The D750 is also a bit more versatile than the D810, with a faster 6.5fps continuous shooting speed, a handy tilting screen and a lower price – and you still get the enhanced autofocus system and Picture Control 2.0 options of the D810. 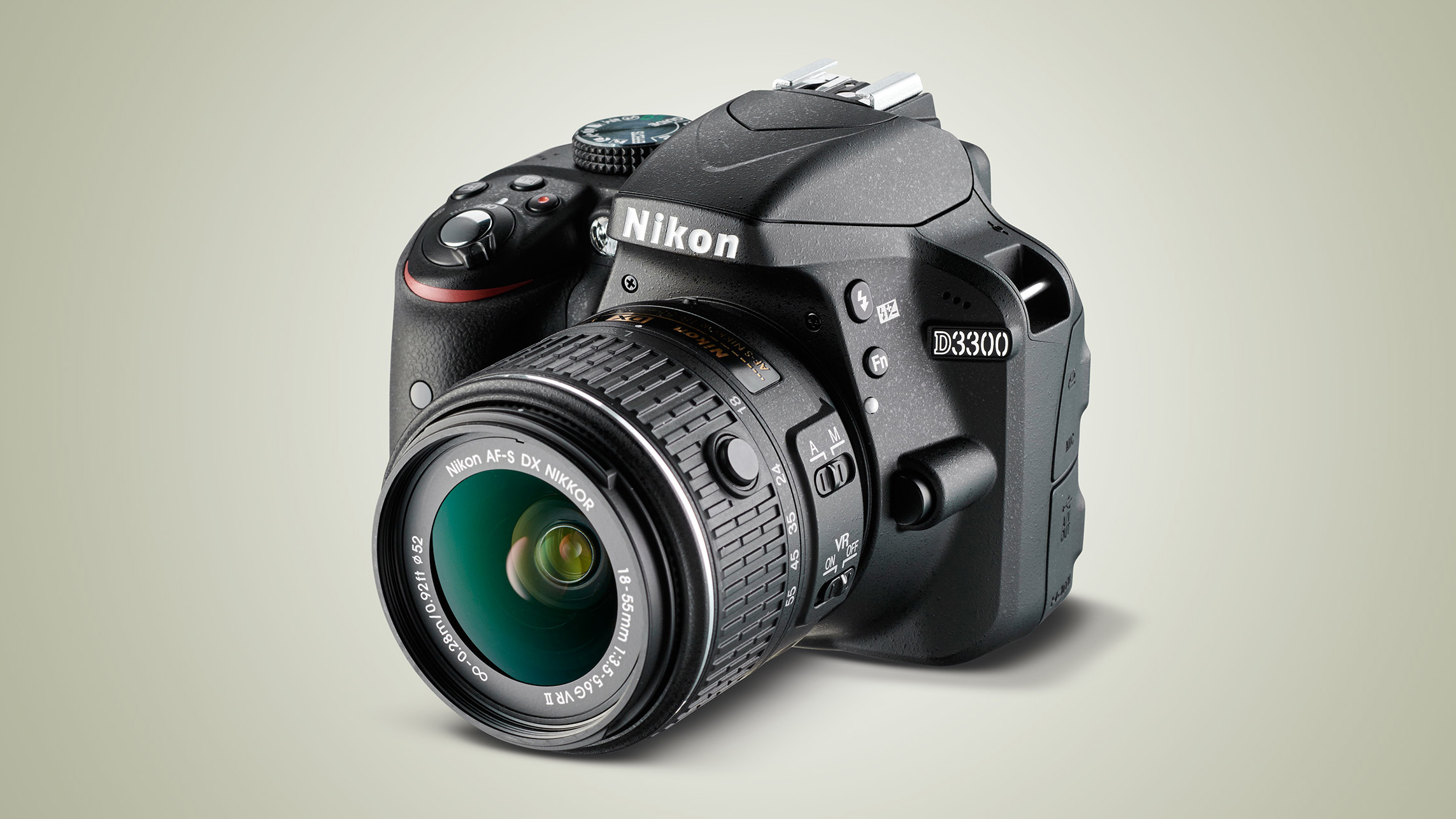 At the opposite end of the spectrum to some of the full-frame DSLRs here, the D3300 is cheap as chips, has one of the sharpest APS-C sensors there is and a neat retracting kit lens. It's proof that you don't have to pay a fortune to get a great camera, and we say its sheer value for money makes it just as impressive as much more advanced (and much more expensive) alternatives. It has the same 24-megapixel non-antialiased sensor as the best of Nikon's APS-C format DSLRs, and although the controls are designed to be simple for novices, in the right hands the little D3300 is a match for cameras costing far more. Recently replaced by the D3400, the spec and design is pretty much identical, but the newer model offers better connectivity. If that isn't a key consideration, the D3300 is the better buy. 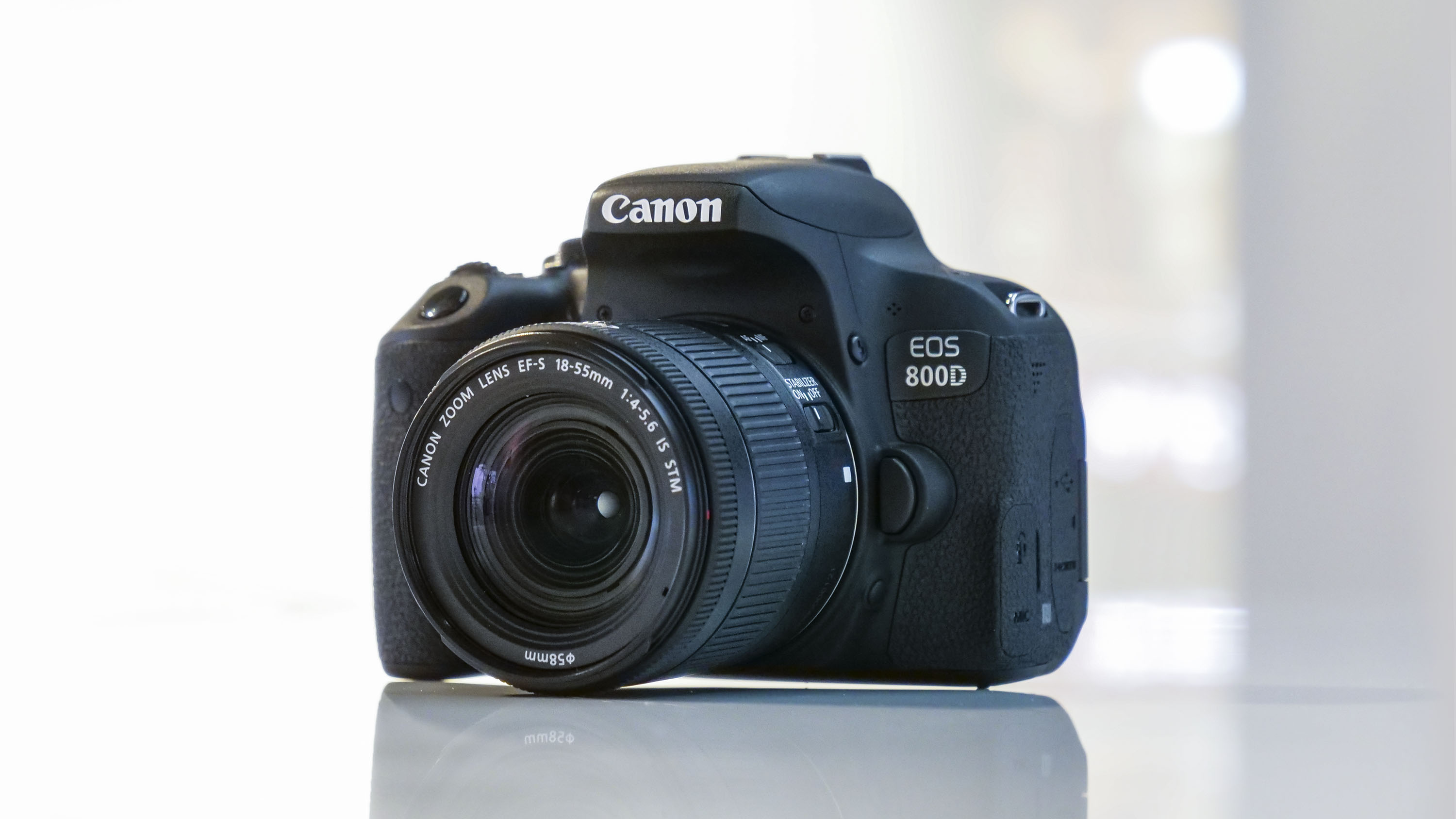 Pay a bit more cash over the D3300 and you get a quite a bit more camera for your cash with the Canon EOS Rebel T7i ( The new 24.2MP sensor delivers stunning image quality with impressively low noise levels at high ISO sensitivities. The EOS Rebel T6i (known as the EOS 750D outside the US) also receives much-improved autofocus and exposure metering systems over Canon's older T5i / 700D, as well as built-in Wi-Fi with NFC pairing. Although outwardly similar to its T5i / 700D predecessor, that does mean you get the same articulating, touch-sensitive screen to enjoy. A very capable piece of kit for those looking to get into DSLR photography. With the arrival of the new EOS Rebel T7i / EOS 800D in the range (we'll be testing it very shortly), you might be able to track down a good deal. 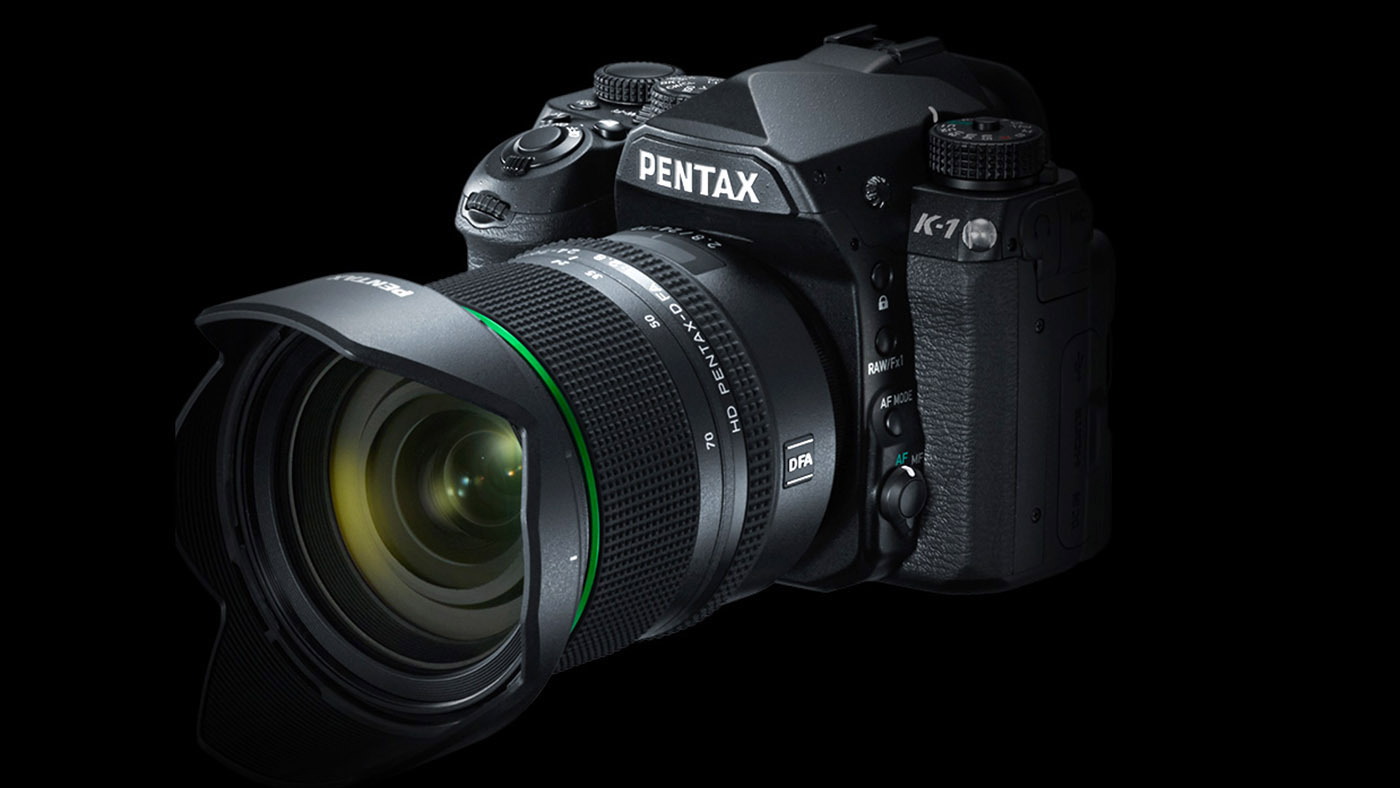 The K-1 offers a rugged build and a full-frame sensor at a relatively affordable price. It's not cheap, but it compares favourably with the likes of the Nikon D810, Canon EOS 5D Mark III and Sony Alpha 7R II. Pentax's Pixel Shift Technology is clever, and it's great that the company has managed to produce a mode that can be used when the camera is handheld, although the impact is subtle. Less of an all-rounder than the 5D Mk III, the K-1 makes an excellent camera for landscape, still life and portrait photography, or any genre that doesn't require fast autofocus and which benefits from a high pixel count for detail resolution.