Duolingo made me 26% fluent in idiot
07oct

I like to think that I’m not a genuine simpleton. I can tie my own shoelaces. I can do my times tables. Some people – OK, my mother – have called me clever. But in Spanish I can barely string together a sentence, and when I do, it’s usually about horses drinking milk.

I don’t know how much of the blame lies with me, and how much lies with Duolingo. I really don’t want to lay into the language learning platform because it’s brilliant. It genuinely is.

If you went back twenty years and told people that there would be an app that sits in your pocket that can teach you over 20 different languages for free (including High Valyrian), you wouldn’t believe it.

If you took all of the elements of Duolingo and made them into a physical object, you would be carrying around textbooks, stacks of images, CDs, a veritable tonne of learning fodder. But Duolingo distills it all down and puts it in a free app.

It not only does teaches you other languages, it does it in a way that feels like a game.

Each unit is broken down into small sections, each represented by a cute cartoonish icon, each step of your progress punctuated by congratulatory professions of an adorable little green owl called Duo. 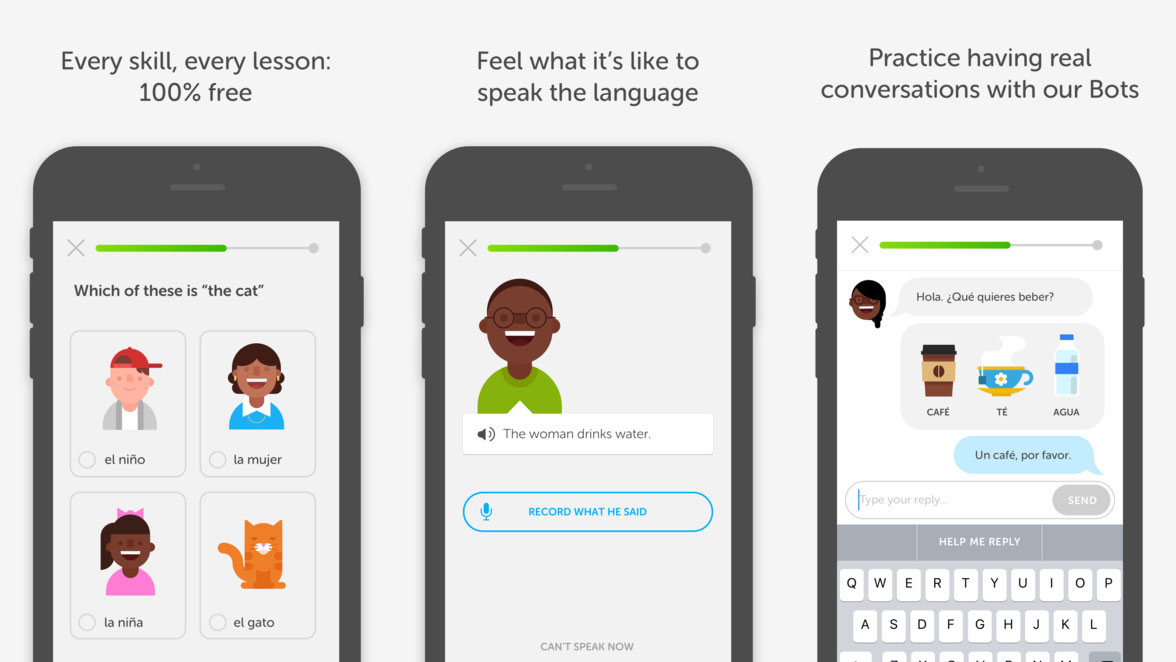 What’s more, Duolingo also tells you what percentage fluent you are in that language so that you can put it on your LinkedIn profile. I was so proud when I got to 26% fluent in Spanish. But can I have a conversation in Spanish? No. You know what no is in Spanish? No.

How romantic (no pun intended)

Let me just put it into context. I was surprising my wife with a honeymoon to Mexico. I had this plan in my mind that I was going to do a few months worth of Spanish learning, and blow her away with my virtuoso conversational skills.

What actually happened was that we arrived in Mexico, and I couldn’t understand a single word anyone was saying.

Wait, no. That’s not exactly true. Once every five minutes I heard a single word flying past me, creating a feeling akin to thinking I’ve spotted someone I’ve recognized on a train as it goes whizzing past me at a platform.

How I longed for a happy little green owl to pop up and tell me I’m doing a good job. For the function that allows me to play the phrase again, and again slower if I didn’t quite get it first time round. But no, the locals continued to spit out words at the speed of a sprinkler on full power.

And I think that’s ultimately what was missing from my learning. The speed and fluency of a natural speaker testing me, forcing me into an application of my knowledge.

Trapped in a glass cage of failure

It’s not that I didn’t know any Spanish, I just didn’t know any useful Spanish, or how to apply the Spanish I did know. Our taxi driver couldn’t have cared less that my wife cooks soup (Mi esposa cucina la sopa) or that turtles read books (Las tortugas leen los libros).

I felt a strange sensation, a little like being caged in, where I knew that I had the tools to make a key, but no experience of key making. In actual fact, my wife (who is fluent in Italian) managed to speak to the locals pretty easily by the end of the holiday, while I was still mumbling ‘No mas’ into my napkin.

It turns out that 26% fluent doesn’t mean I’m fluent but with 26% of the vocab, it means I’m 26% of the way to being fluent, which it turns out isn’t very much.

I’ve not given up, and one day I’m going to stun my wife with my latino verbosity, but my honeymoon wasn’t it.