Think SMS is dead? We may all be using WhatsApp, Facebook Messenger and iMessage to send emojis, images, videos and even AR Emoji, but last year businesses sent 2.1 trillion text messages to customers. When banks, airlines and delivery services urgently need to get in touch with us, they send a text message. So why does Google want to kill-off SMS?

The reason businesses use SMS is that it’s ubiquitous. “By using SMS, businesses know they can reach four billion people, they consider it secure, and no-one has to worry about whether someone has downloaded a particular app or not,” explained Amir Sarhangi, head of RCS at Google, to TechRadar at MWC 2018. “But it’s not branded, so no-one knows who a text message has come from, and there’s no way a company knows if its text message has been read or interacted with.” 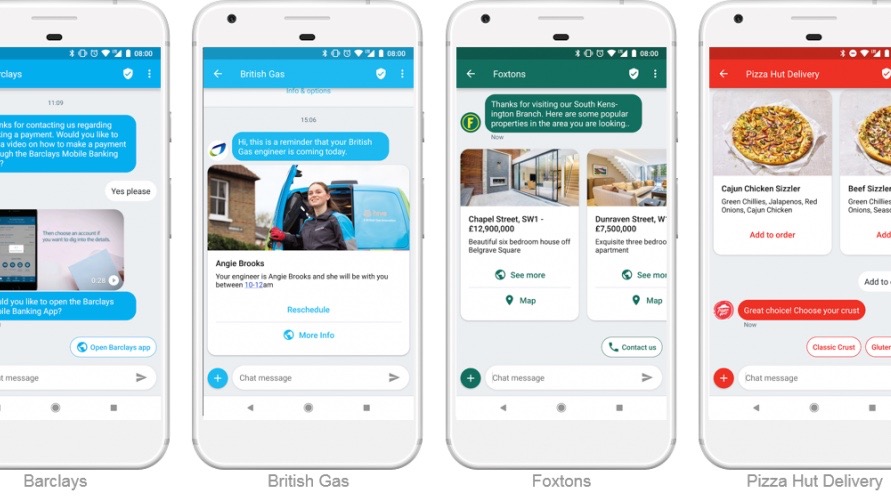 SMS from businesses are typically codes to check our identity, links to boarding passes, or instructions on when a parcel will be delivered. But they’re a dead-end, interactively-speaking, so Google is re-inventing them using a platform called RCS (Rich Communication Services). “A typical phone from the likes of Samsung or Huawei has an SMS app that is the default experience, and we are working with the manufacturers to replace that with an upgraded experience,” says Sarhangi. “It’s very similar to what you see with other messaging apps out in the market – we’re aiming to be at least on a par, if not better than, existing messaging apps.”

This new baked-in RCS-capable Android Messages app will use Wi-Fi, but it defaults to SMS when it has to, which the likes of WhatsApp and Facebook Messenger can’t do. “In that way it’s more like iMessage, except that this will be an open standard for the Android ecosystem,” says Sarhangi. 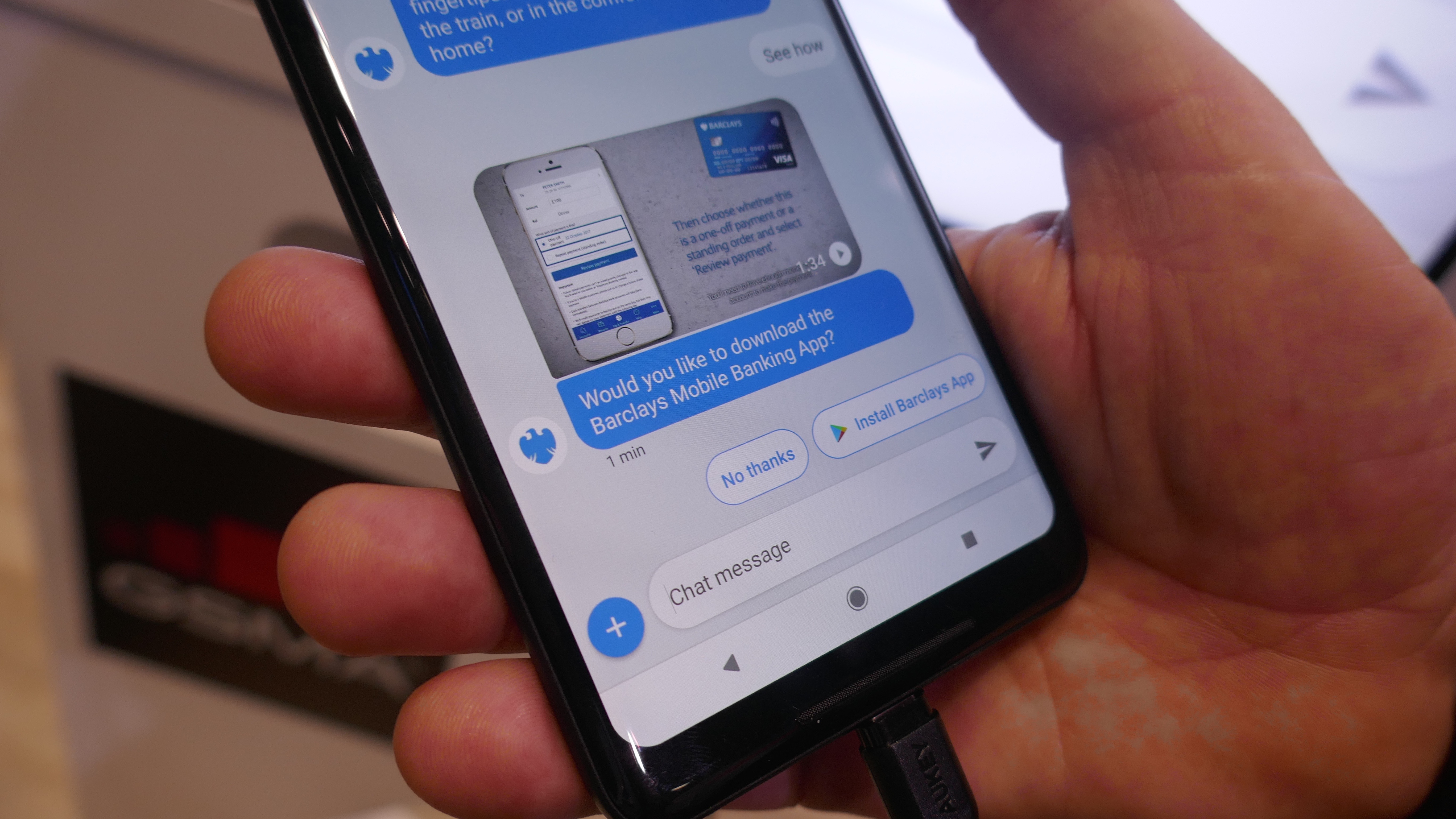 Google has been talking up RCS for a couple of years, but has now got most phone-makers preloading RCS onto their Android phones, and has Sprint in the US and Vodafone in the UK signed-up.

It will give Android users much richer media via messaging. “Today if I take a video and send it as an MMS, it will be compressed so much that it will be virtually unwatchable, but with RCS it will be a full resolution experience,” says Sarhangi. “Just as with WhatsApp, the user has a choice to send a small or a big file depending on whether they’re on Wi-Fi or not.”

However, what Sarhangi thinks will be the most appealing features are also the simplest. “The two most sought-after features that people want are, firstly, seeing that a message has been read, and secondly, knowing that someone is typing, and therefore engaged with the message,” says Sarhangi. “That makes it feel much more like a live experience.”

In the US, brands including Booking.com and Subway are already sending RCS messages to Sprint customers, while in the UK, Barclays, Hermes, British Gas, Pizza Hut Delivery and Foxtons are all using RCS on Vodafone. “It needs to be supported by the mobile networks, and we know they’re working on it now, but Vodafone in the UK is the furthest ahead – it’s in pilot stage,” says Alex Campbell at IMImobile, which has been working on RCS with GSMA, Google and Vodafone. “If you are a Vodafone customer in the UK and you’re sending another Vodafone customer a message, it’s very likely that the message will go via RCS, but you probably won’t even know it yet.”

The decision to move away from SMS after so many years is essentially an admission that corporate apps are very far from being ubiquitous; brands have trouble getting customers to download apps, and that’s a problem RCS solves. “Brands can bring a lot of the features they typically offer in their apps into RCS messages,” says Sarhangi. “So Subway could send you a message as you walk by and ask if you want to order a sandwich and pick it up.” RCS doesn’t yet integrate with Google Pay, but it soon could, says Sarhangi.

Could RCS become the standard across the industry, directly replacing SMS? That, of course, means Apple signing-up to RCS. “iMessage isn’t compatible with it today, but RCS is standards-based, so we hope that Apple will also engage with it and support it,” says Sarhangi. “It’s an upgrade to SMS and Apple users will need it.”