If you look at the form book, it's almost as if you don't really need to watch the China Grand Prix. Lewis Hamilton has been victorious in five of the last ten F1 races at the Shanghai International Circuit and led last year's race from lights out until the chequered flag.

But the 2018 season hasn't exactly started as Hamilton may have hoped or imagined, with Ferrari's Sebastian Vettel taking top spot on the podium in the first two races in Australia and Bahrain. The Mercedes man will be looking to bounce back in Shanghai, and we can tell you how to live stream the entirety of the Chinese Grand Prix wherever you live in the world.

Don't expect it to be easy for either Vettel or Hamilton – both looking to secure their fifth Drivers' World Championship. Their respective teammates Kimi Räikkönen and Valtteri Bottas will want to show what they can do, and a resurgent Fernando Alonso in the McLaren Honda has won in Shanghai twice before.

Live streaming F1 action from China is really simple, even if your local broadcaster hasn't got the rights, and on pretty much any device. Keep reading to find out how to live stream F1 coverage absolutely anywhere – and you can even do so for free!

How to live stream F1 from China in the UK for free:

Unfortunately, watching the China Grand Prix isn't possible on Channel 4, so there are no free-to-air options as such in the UK this weekend.

That said, there is still a way of watching the Shanghai action without paying a penny. Grab a 14-day free trial to the Now TV Sports Pass and you can watch the F1 (as well as the rest of the Sky Sports offerings) for a fortnight on more than 60 devices, including TV, mobile phones, and games consoles, and you can register up to four of them at once. You won't be surprised to learn, that this is only possible if you haven't had a trial before – a daily pass costs £7.99.

Otherwise, you'll need to watch on Sky Sports F1 itself. Live streaming F1 races is available online to Sky customers with a subscription to Sky Sports F1, as well as access to a mobile device with the Sky Go app.

How to watch China Grand Prix in the US for free:

In the US, NBC Sports will be showing live coverage of every race weekend throughout the season. You'll need an NBC cable subscription to get access, but once you do, you'll get access to NBC's Formula One Live Extra platform, which gives you live coverage and highlights on your smart TV or mobile device.

But if you don't want to pay for an NBC subscription, there's a way you can watch for free. By downloading and installing a VPN, you can effectively trick your computer into thinking that it's in the UK. That way you can enjoy the free NOW TV trial as described above.

It's really easy to get started with a VPN – here's how to do it: 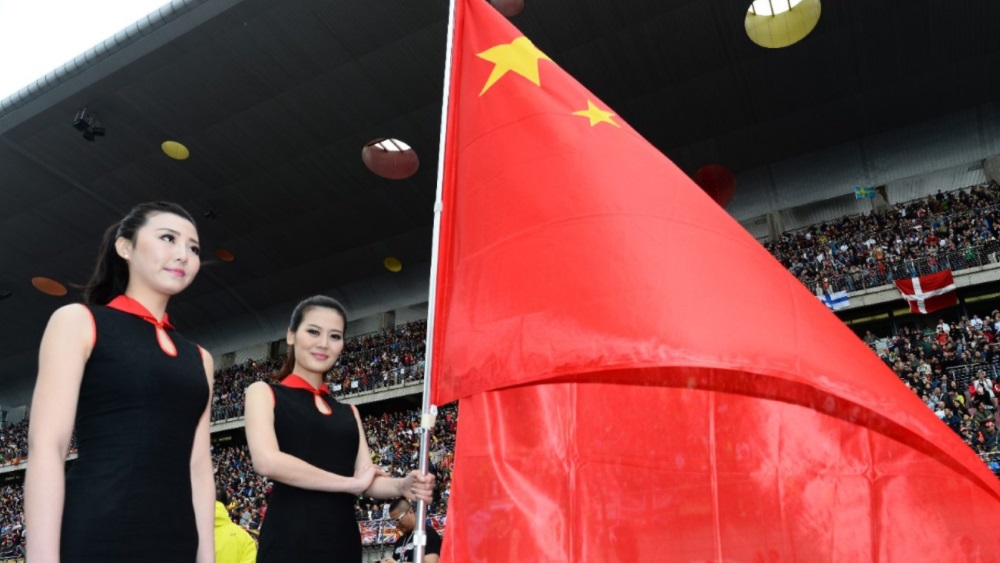 How to live stream China Grand Prix anywhere else in the world:

Not in the UK or US? Don't fear…what goes for US viewers goes for you wherever you are in the world. You can live stream F1 from any country on Earth by using a VPN. Just follow the three steps above and you'll be in the cockpit in no time at all for the China Grand Prix.