The live stream for tonight's fight between George Groves and Chris Eubank Jr has now begun!

The event started at 7pm (UK time) and is taking place at the Manchester Arena as part of the World Boxing Super Series. The fight sees the WBA & IBO Super Middleweight titles decided in what is sure to be a blockbuster night.

WBA champion Groves is highly fancied for the fight, with the 29-year-old in fine form in recent times, but he will face a tough challenge from his 28-year-old challenger, whose father was a multiple champion in the 1980's and 1990's. And with both fighters having laid waste to previous rivals in spectacular fashion, the fight is guaranteed to be explosive.

The main attraction for both fighters is George Groves' world title, but also on offer is a place in the World Boxing Super Series final, where the winner will take home the Muhammad Ali Trophy.

If you haven’t been lucky enough to get tickets for the match, don’t worry – there is still a way to keep up with the action online.

Here is our quick and easy guide for how to watch Groves vs Eubank Jr live online tonight from anywhere in the world. Whether you're in the US, Canada, India, Italy or absolutely anywhere else with an internet connection, we'll help you tune in for the event. 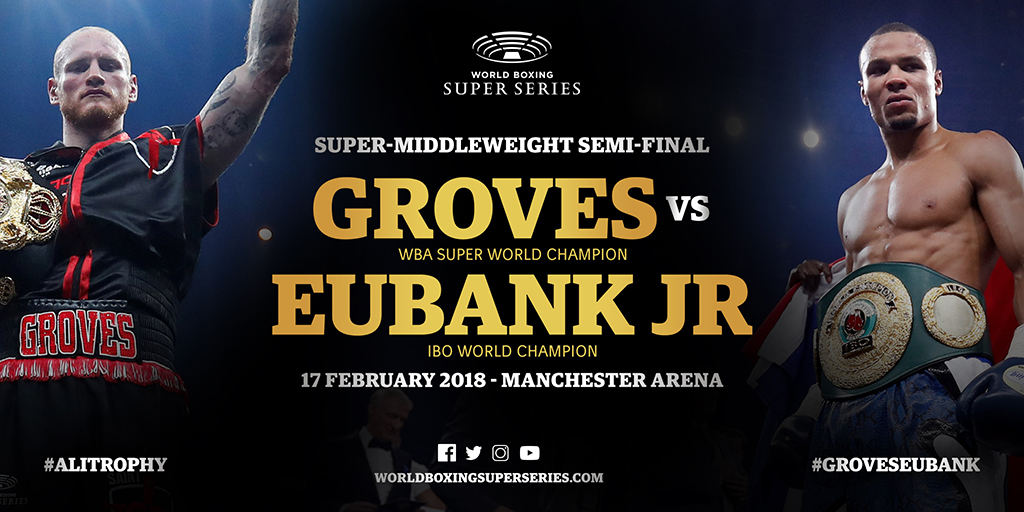 1. How to watch George Groves v Chris Eubank Jr in the UK:

If you’re in the UK, the fight is now live streaming on a pay-per-view basis through the ITV Box Office service, with coverage having started at 7pm this evening.

Costing £16.95 to order, the ITV has partnered with TVPlayer to provide the live stream online and it's not too late to sign up. TVPlayer is a free, legal, online streaming service based in the UK which offers hundreds of channels – and you don't even need to sign in to watch the event

Access to the ITV Box Office Groves v Eubank Jr event for TVPlayer can only be purchased through the TVPlayer website, and includes access to the live broadcast stream and on demand catch up following the fight.

If you're wondering how to get TVPlayer on your TV, it's pretty easy. On most smart TVs there's an app you can install. While you can also get TVPlayer apps on Amazon Fire TV Stick, Roku and a number of other smart TV devices. Just sign up here and then log on in the app on your TV.

You can always watch on your laptop too of course – or even hook your laptop up to your TV if you have an HDMI cable.

The broadcast is limited to a maximum of two streams per account, but can be watched online or via your smart devices. This includes Apple TV, iPhone & iPad, Android mobile and tablet devices, Windows 10 phone and Surface devices, Amazon Fire, Xbox One, EE TV, Samsung Tizen 2016 & Roku.

How to watch Groves v Eubank Jr outside the UK

If you don't live in the UK, the best and easiest to watch Groves v Eubank Jr online in your country for free is to download and install a VPN. We've tested all of the major VPN services and we rate ExpressVPN as the absolute best. It's compatible with all of your devices, supports most streaming services and ranks amongst the fastest. You can even install it on devices like an Amazon Fire TV Stick, Apple TV, Xbox and PlayStation. Check out ExpressVPN here.

Step 2: Connect to the a UK server location

Simply open the VPN app, hit 'choose location' and select the UK to watch Groves v Eubank Jr via TVPlayer. Note that you will still need to buy a pay-per-view access to it.

Step 3: Log on to TVPlayer.com to view the fight
TVPlayer.com is the only online service offering a live stream of the fight and you can log on to the official page here.

Where can I watch Groves v Eubank Jr using a VPN?