HP has revealed a new spin on its VR backpack PC that was launched last year, in the form of the revamped Omen X Compact Desktop, which aims to bring far more flexibility to the concept.

Essentially, the new Omen X is a compact PC which comes with a dock, and also has a backpack accessory which users can purchase separately, allowing for the rig to be worn as a backpack PC for virtual reality gaming.

And when you’re not VR gaming, the Omen X Compact Desktop can sit in the dock which grants access to a whole host of extra ports, and the ability to hook up a mouse and keyboard, monitor, and whatever other peripherals you desire (not to mention an Ethernet cable).

HP is aiming to make the machine the best of both worlds, in other words: a perfectly usable desktop PC which can also transform into a VR backpack (providing you purchase the aforementioned optional accessory).

As for the PC itself, it’s powered by a Kaby Lake processor (up to Core i7) paired with a factory overclocked GeForce GTX 1080 graphics card, along with 16GB of system memory. 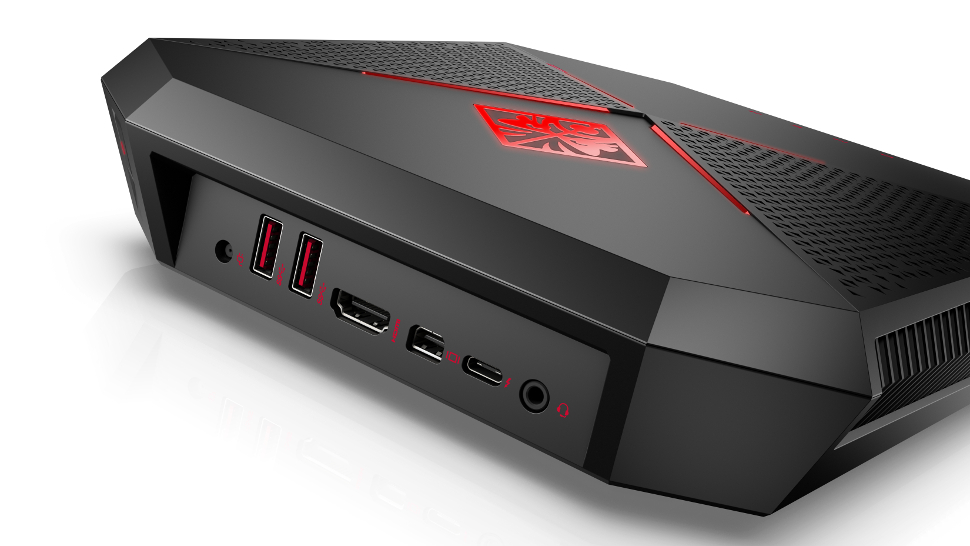 HP says that the system offers ‘advanced thermal engineering’ to keep it cool as well as compact, and furthermore, when the PC is being worn on the user’s back, an angled mounting plate and the positioning of the fan exhaust means that heat is channeled away from the wearer’s body.

The backpack accessory comes with a shorter headset cable (as obviously you don’t want a great long cord when the host PC is on your back), along with hot-swappable batteries – you get four of these and a charging dock, with two batteries being used at one time (so you can charge the other pair, and subsequently swap them in when the juice runs out).

So while this is without doubt a versatile spin on the traditional backpack PC for VR, it’s an expensive twist. And there’s also the fact that wearing a backpack isn’t the most enticing prospect in terms of gaming immersion – although that said, neither is worrying about tripping over cables.

At any rate, hopefully HP has managed to keep the PC itself on the lightweight side, so it doesn’t feel anything like a strain to wear.