Inside the Echo chamber: why Alexa’s now in everything – from BMW to Billy Bass
01oct

Amazon's latest product push was its biggest yet. At its headquarters in Seattle, it recently announced a slew of new Amazon devices. Depending on where you are in the world, at least five of these were brand new.

Beyond Amazon branding, all of these have something in common: Alexa. Amazon's smart assistant is omnipresent in these new devices and is finding its voice in hundreds more. Its becoming the most recognisable voice (in) technology, pushing the likes of Siri into second place and is fast turning into one of the most valuable commodities for Amazon.

Back in March, RBC Capital Markets estimated that, by 2020, the might of Alexa should deliver $10 billion of revenue for Amazon. This is both from sales of devices with the voice assistant attached and interactions with Alexa that end in transactions.

That's a phenomenal amount of money and only something that can really be achieved if Alexa is everywhere.

With Amazon's latest launch that's getting much closer to being the case.

To understand Amazon's all-encompassing plan, let's start at the center and work our way out. The new Amazon Echo Plus may look like an Echo of old (we're still not quite sure why it's been created in the old Echo design) but this device is central to Amazon's ideal smart home – the idea being Alexa is in control and you don't have to mess about with installing home hubs or bridges to make your home smart.

Simply buy an Amazon Echo Plus, plug it in and say: "Alexa, find my devices" and the speaker does the hard work for you.

It sounds easy and that's the point: Amazon wants the barrier of entry into turning your home smart to be as low as possible. It will take some time for this to be a perfect scenario, though, but it's a great start.

The way it works is that the Amazon Echo Plus has a Zigbee smart home hub inside it. Zigbee is an open protocol that allows smart devices to talk to each other but it needs a bridge of some sort to connect these devices to the internet so they can be controlled.

The Echo Plus is now that bridge so, in theory, you don't need another step in the process to get Alexa to turn on and off your devices. 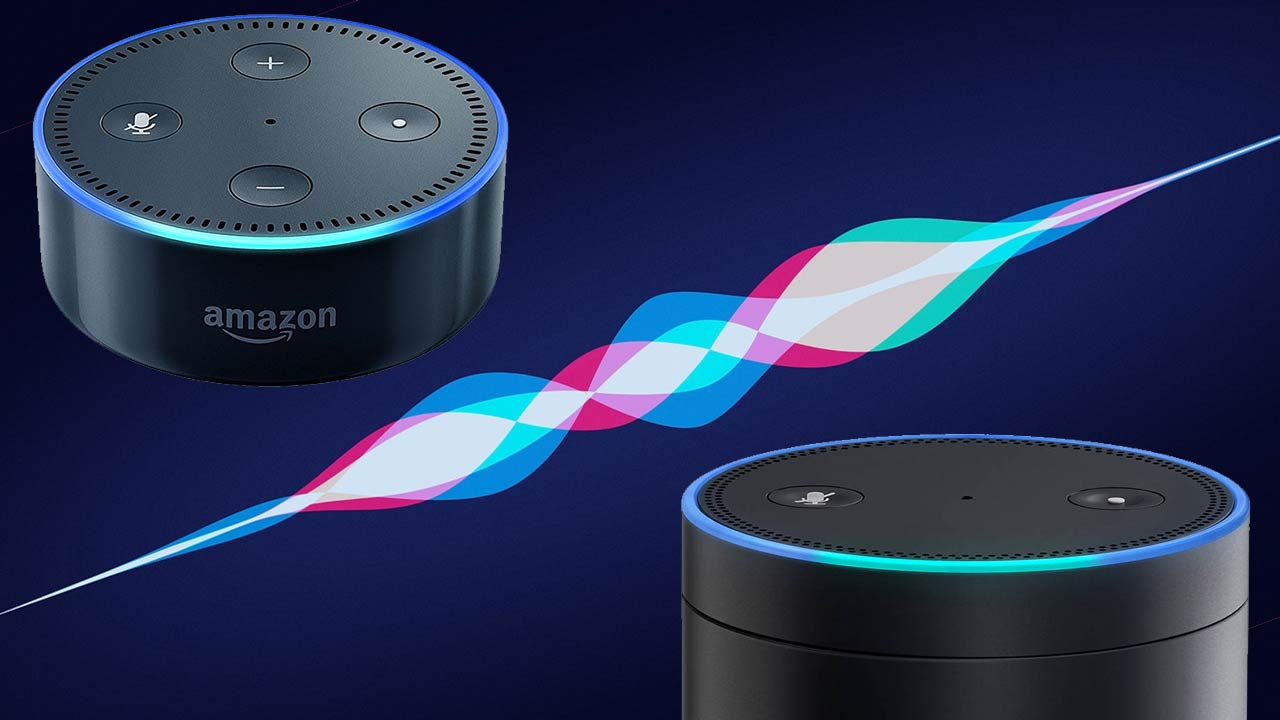 The issue is that while this is case for simple commands, when it comes to something a little more intuitive – such as changing the color of a Philips Hue bulb – a separate hub will be needed. The Amazon Echo Plus is clever – it works without the aid of apps which could well be a game changer – but it's got a little way to go to becoming really clever.

But the foundations are there for a smart home with myriad accessories from a number of different companies – all available to buy through Amazon, naturally – all working from one hub, without the need to say the name of the product, just simply: "Alexa, turn off the lights".

A new Alexa update also adds precision to the voice commands. Before, you would have to say: "Alexa, turn on the dining room lights". Now, you don't have to state what room you are in, as Alexa can figure it out thanks to where your voice is in relation to the device you want to control.

This only really works, though, if you have an Alexa-infused gadget in every room.

And Amazon really, really wants you to have an Echo in each and every room. Its newest Amazon Echo comes is six different styles, in order to blend in with your home furnishings – and bring it closer into line with the look of its rivals, Google Home and the Apple Homepod.

Couple this with the ability to now have music playing multi-room style and a price point that's below $100 and it's an enticing prospect.

And if you really want to keep the speakers you already have, then the Echo Dot will summon Alexa and is small enough it can be placed out of the way.

Then there's new product SKUs. The Echo Spot is a diminutive device that's a smart alarm and video-calling device all rolled into one. The idea being you have a few of these in your house to use for video calls within the home.

Of course, you could just use your phone but what's the fun in that when you have an intercom that's instantly available? Sure, there are privacy issues when you invite a device with a camera into your bedroom – most of the publicity material shows it being used as an alarm by the bed – but we've been here before with Kinect and the PlayStation's camera. 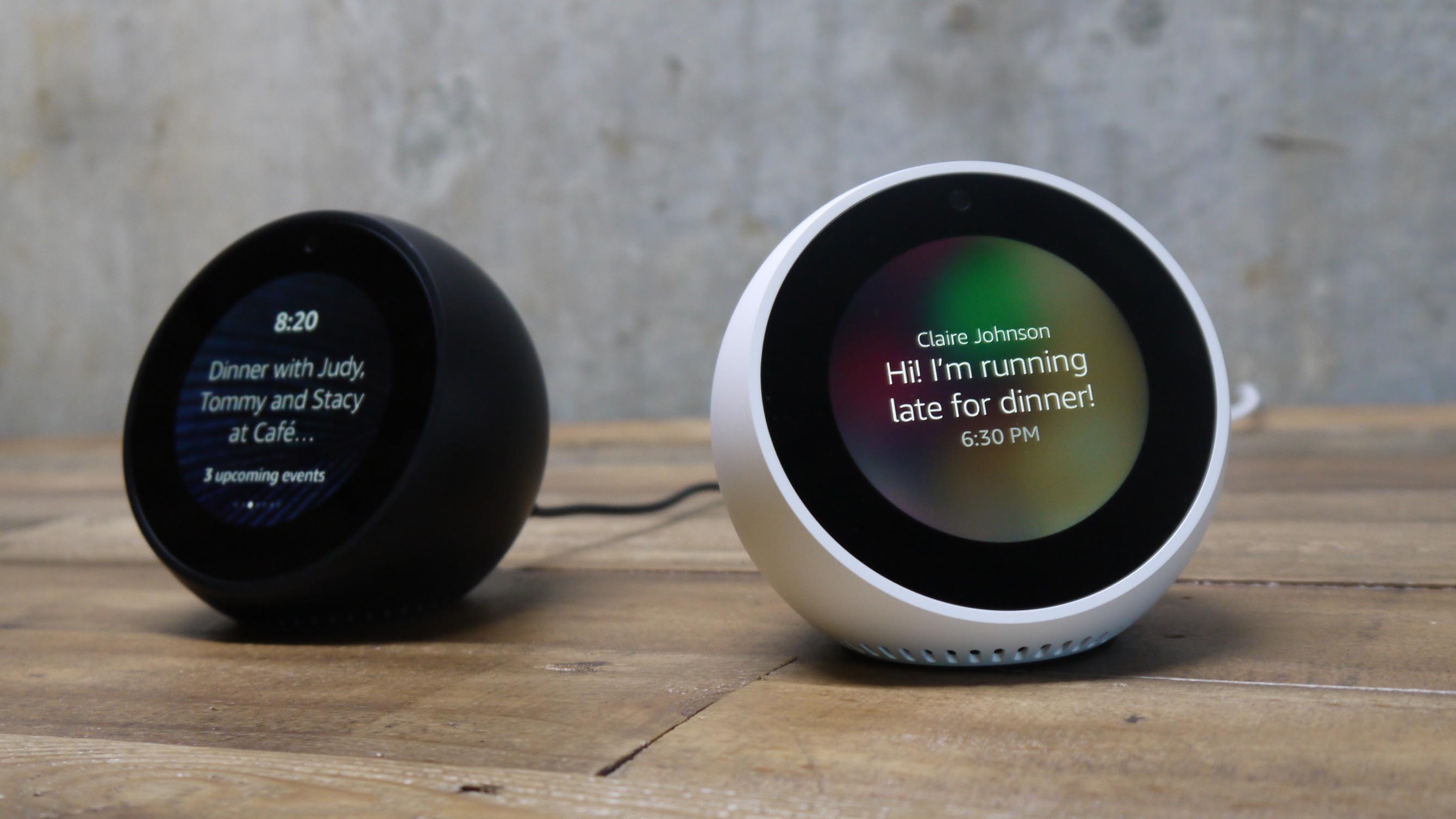 That's the living room, dining room and bedroom sorted but what about the kitchen? That's where the Echo Show comes in. It's been in the US for a while now but it's now landed in the UK and offers video calling, the ability to call up video recipes and, given it's one of the most popular things to ask Alexa, you can set a timer through the device.

And that's not even the final part of the puzzle. Amazon bolstered its Alexa in the car lineup with BMW integration and even announced at the launch that the voice assistant will be available for Billy Bass, the annoying talking fish. You know you've hit ubiquity when your product fits inside a Billy Bass.

All of this adds up to a powerful play by Amazon. The smart home is the next big battleground for tech companies but so far each who have tried it have stumbled. Samsung hasn't gotten very far with Smart Things. While Apple's Homekit is still in its infancy and Google Home is playing catch up.

Alexa already feels as if it's in its second stage – a new update includes something called Routines where you can now knit together a number of actions and have them all happen at once. For instance, you can have the kettle turn on, the lights go on and your morning briefing happen all grouped in the command, "good morning, Alexa". Again it's simplifying a process. 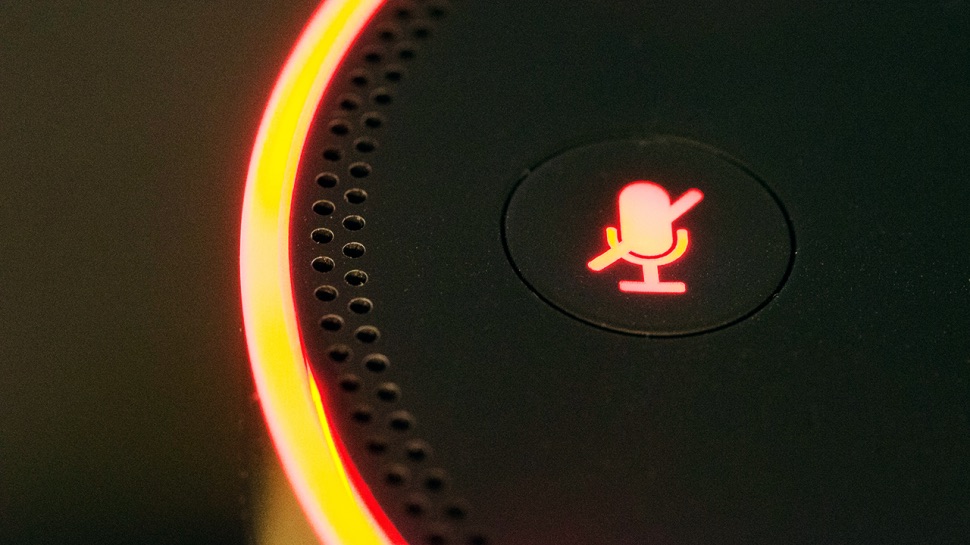 Amazon is spread betting with Alexa, fitting its voice assistant into everything it can. The plan is clear, though: Alexa is an operating system (albeit one that uses voice) and Amazon wants it to become a standard in the home.

Much like how Microsoft proliferated with the mass adoption of Windows on computers, Amazon hopes to do the same with products that don't actually need that much interaction – all you have to do is say a few words and Alexa will do the rest.

There's still some way to go. Currently, Alexa's skillset still feels limited and despite an audio boost, Amazon's speakers will never be for audiophiles.

But the biggest hurdle for any technology is getting it in people's hands or, in this case, homes. When it comes to Alexa, for many it's already there.