Macron defends the European way of tech regulation
24may

French President Emmanuel Macron gave a speech at VivaTech in Paris, alternating between French and English. He defended a third way to regulate tech companies, which is different from the U.S. and from China.

Macron thinks Europe should have a say when it comes to regulation — and it shouldn’t be just about privacy. Of course, he defended GDPR and online privacy, but he also talked about taxes, cyberbullying, the protection of independent workers and more.

Yesterday, Macron hosted 50 tech CEOs to talk about leveraging tech for the common good, especially when it comes to education, labor and diversity. Microsoft CEO Satya Nadella talked about the event before Macron took the stage.

Macron first started with a few numbers on the French tech ecosystem. “I want to talk to the entire French ecosystem here today. What we’re all doing is essential for our country and the world,” he said.

Based on his numbers, startups raised $2.9 billion in France last year (€2.5 billion). That’s three times as much as in 2015. He then listed some of the recent changes, from corporate taxes to France’s open data policy and the French Tech Visa.

He didn’t have much to say about the tech industry in particular. You could feel that he has a lot on his plate right now and that tech is more or less an afterthought.

“France is changing like crazy. And that's why we can say that France is back,” he said in English to conclude the first part of his speech.

“My second message is for Africa because you decided to invite Africa to VivaTech this year,” he said.

Macron then announced that France is going to invest some public money in the most promising African startups. “For the past six months, the French Development Agency has worked hard on this,” he said. “And the French Development Agency is going to announce in the coming weeks a new specific program of €65 million [$76 million] in order to invest small amounts, €30,000 to €50,000 per startup.” 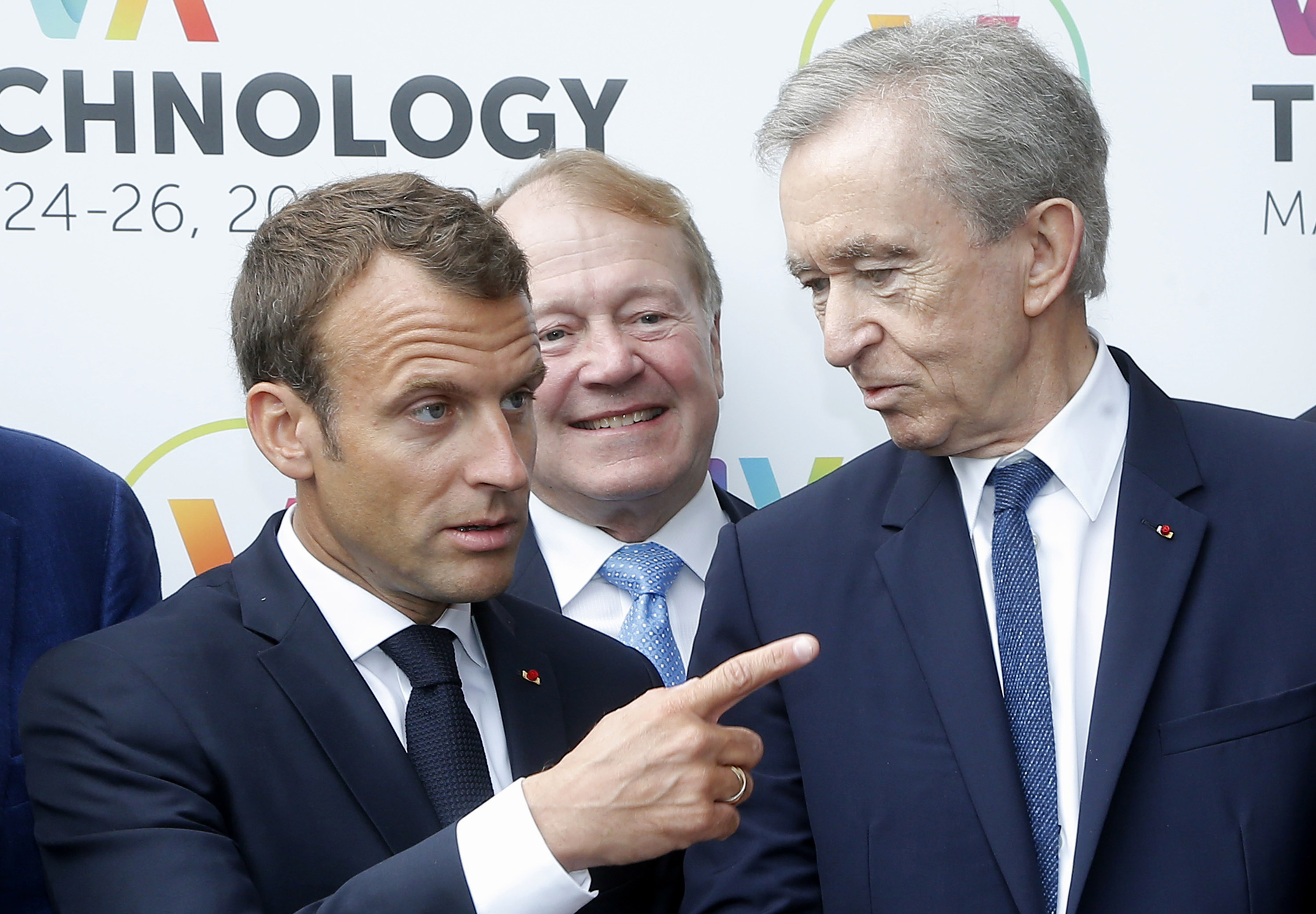 A message to big tech companies

Finally, Macron talked about the Tech for Good Summit and tech regulation in general. “We’re currently experiencing a revolution. I truly believe in that revolution and our country believes in it too,” he said. “But you can’t deny that some people in our country and in the world fear change.”

“Tech companies haven’t always been exemplary. Some haven’t complied with taxation laws and it has fostered mistrust — even from French entrepreneurs.”

“I'm a big tech optimist and this country does believe in innovation,” he said. “But it's not enough — making money, creating jobs and making shareholders happy is great. Especially creating jobs as far as I'm concerned.”

Macron also criticized U.S. regulation on tech companies, saying that the U.S. Government is not doing enough when it comes to online harassment, taxes, labor and more.

He then criticized the Chinese model, saying that the Chinese Government is not doing enough when it comes to privacy, human rights and gender equality.

“What is at stake is how we build a European model reconciling innovation and common good,” he said. “We have to work together to build this common framework.”

After yesterday’s commitments, the French Government is going to track tech companies every six months to see if they actually implement what they promised when it comes to tech for good.

He also finished by saying that the Tech for Good Summit should become an annual initiative. Tech CEOs will be invited once again to the Élysée next year ahead of VivaTech.