A few days after the retirement of Windows Vista, Microsoft has announced that to-do app Wunderlist is next on the chopping block.

Wunderlist will be replaced with a new organization app – the imaginatively named To-Do – a which arrived last week on Windows, iPhone, Android, and the web. Microsoft hasn’t given a date for the switchover, and insists it’s still early days for To-Do, which is currently only available as a preview.

It’s an unexpected move, coming less than two years after Microsoft paid between $100 and $200 million for Wunderlist’s developer 6Wunderkinder. “The addition of Wunderlist to the Microsoft product portfolio fits squarely with out ambition to reinvent productivity for a mobile-first, cloud-first world,” Microsoft said in a statement at the time.

To-Do is being developed by the same team as Wunderlist, but is a simpler affair; at the time of writing it lets you multiple lists, add notes, create deadlines and set reminders, but not much else.

Unlike Wunderlist, To-Do currently has no collaboration tools, so you can’t share your lists, assign tasks to other people, or add comments. There are no folders, hashtags or attachments either, and it lacks Wunderlist’s handy Mail To feature, which lets you turn emails into actions by forwarding them to the app. 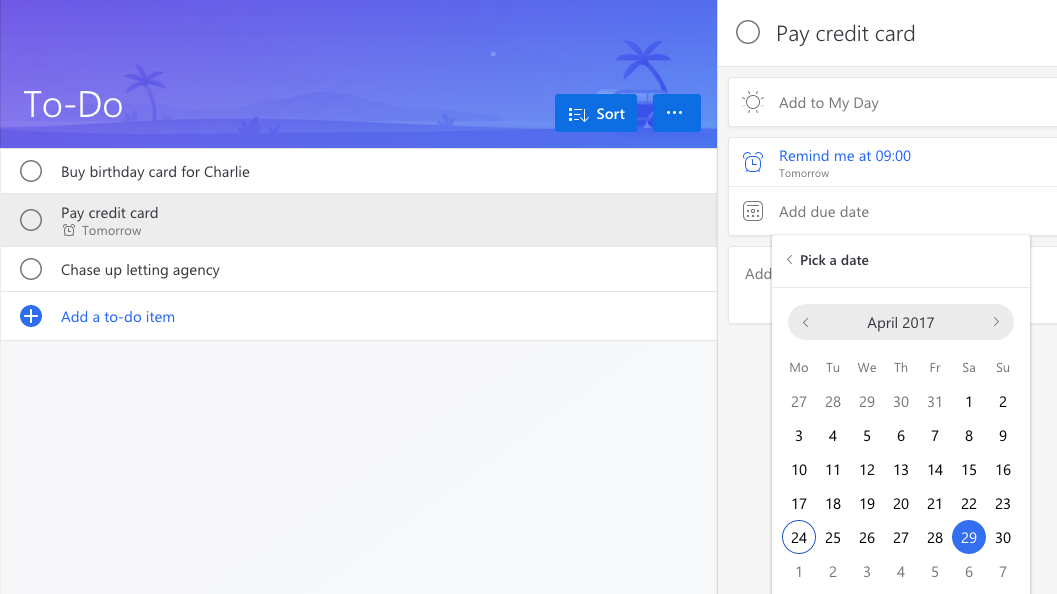 To-Do’s most interesting tool so far is Intelligent Suggestions, which checks your list of tasks and suggests ones that might require your attention first.

Microsoft’s Simon Chan is keen to insist that the new app is very much a work in progress, with Office integration and teamwork tools coming soon. Until then, if you have any suggestions for improvements, you can add them to Microsoft's own to-do list via the UserVoice feedback form.