PlayStation Plus March 2018: all the free PS4 games you can get this month
01mar

Are you a PlayStation Plus subscriber on the hunt for free PS4 games? Welcome! We've rounded up all the free games and discounts for the month of March down below so you can enter 2018 in style – plus, you'll find the deals from prior months, too.

The best perks of being a PlayStation Plus subscriber is that, each month, you’re given a range of free games across the PS4, PS3 and PS Vita platforms.

This is a great way to try games you might not otherwise have played, whether because they're indie titles that slip under your radar or simply because you don’t have the funds to buy several games a month.

Even if you don’t plan to play them straight away, or you’re not sure if they’re your kind of game, we’d say it’s always worth claiming them while you can get them for free; you'll then have access to them for as long as you have an active PS Plus account.

Since this is a monthly event, we’ve decided to create a one-stop shop where you’ll be able to find the newest free games, as well as scroll back and see which games were featured in previous months. That way you’ll know whether it’s worth holding out for a game to appear in an upcoming PlayStation Plus haul or if it's already been offered.

So without further ado, here are the free PlayStation Plus games in North America, Europe and Australia for March 2018.

March 2018 promises to be one the biggest months for free PS Plus games to date, with FromSoftware's classic PS4-exclusive Bloodborne leading the charge, followed by Insomniac's excellent Ratchet & Clank reboot.

From the creators of Dark Souls comes Bloodborne, a gothic action-RPG that sees you battle hordes of beasts while trying to terminate the source of a plague that has turned the city of Yharnam's inhabitants into infected maniacs.

A visually-stunning reboot that brings two of PlayStation's greatest mascots into the 4K and HDR era, Ratchet & Clank is joyous and inventive sci-fi shooter that happens to be family friendly.

A young cat-like warrior is tasked with protecting his people from invading gorillas and rats using his superior martial arts skills.

From the creator of Mega Man comes Mighty No. 9, a spiritual successor that features near-identical platform-based shooter gameplay. It wasn't especially well-received, but you can't argue with 'free'.

An innovative survival horror game, Claire: Extended Cut mixes modern and retro pixel-art style with 2.5D gameplay that reacts to the decisions that you make. It's also got multiple endings, too!

Clearly inspired by the Bomberman series, this puzzle game sees you take on a number of mazes and face off against large opponents using only the bombs at your disposal.

Sporting a beautiful art style and terrific animation, RiME is a third-person adventure game about a boy who washes ashore a mysterious island after witnessing his father's death. We promise he doesn't become the Green Arrow.

Created by PlayStation legend Mark Cerny, Knack was one of the PlayStation 4's launch titles, and was intended to become one of the brand's signature mascots. Err, good luck with that, Sony!

Test your mettle in StarBlood Arena – an action-packed arena combat game that sees you face off against space pilots from all over the galaxy.

Technically a remake of the 1985 NES port of Tim Martin's classic Spelunker arcade game, Spelunker HD not only sports a high-def makeover, it also boasts over 100 brand new levels.

A Japanese RPG that features turn-based, open-field combat, Mugen Souls Z sees its spunky main protagonist Chou-Chou attempt to dominate the seven prettiest planets in the universe. Not to be confused with Dark Souls.

A throwback to the action-adventure games of the Commodore 64 and Amiga era, Exiles End is a platformer that should appeal to fans of games like Another World and Flashback.

It's a good month for fans of Japanese role-playing titles, with Grand Kingdom offering a different kind of experience to Mugen Souls Z by bringing classic beat 'em up and board game elements into its gameplay.

With its skillfully combined FPS and RPG elements, the Deus Ex series has always felt that little bit more cerebral than its more traditional shooter brethren. Mankind Divided is no different with its branching narrative structure and open-ended gameplay.

Away from the combat-focused Arkham games, Batman has also featured in a much more story-focused game recently. Telltale's Batman games follow the company's classic adventure template, having you solve puzzles and choose your way through an open-ended story that never goes the same way twice.

You'll need both a PlayStation VR headset as well as a PS4 console, but StarBlood Arena is a fun multiplayer-focused shooter where you pilot a ship through zero-gravity arenas, shooting everything in your sights.

A hack 'n' slash from the developers behind the Saints Row series, Sacred 3 lets you and up to three friends take on hoards of enemies as you fight to secure the future of Ancaria.

While PS4 owners get the Telltale Batman game to adventure their way through, PS3 owners have Book of Unwritten Tales 2 to enjoy. It's a point and click adventure game that riffs on popular fantasy stories from Harry Potter to Lord of the Rings.

Your PS Vita/PS4 crossplay game this month is Uncanny Valley, a story-focussed survival horror game where you solve mysteries in an 'isolated facility'. 'Meaningful consequences' are promised for your actions, so you have been warned.

We'll level with you – we hadn't heard of Psycho-Pass until it showed up on PS Plus this month. However, with happiness deemed to be mandatory right there in the title, it might be worth giving Psycho-Pass a spin.

Like Zelda meets God of War, the Darksiders series places players in the shoes of one of the Four Horsemen of the Apocalypse as they set off on an incredibly epic journey. Darksiders II sees you play as Death, who embarks on a quest to prove the innocence of his brother, War, who was the protagonist of the first Darksiders game.

Showdown of the Legendary Legends is an action-packed brawler based on, you guessed it, the Kung Fu Panda series of animated films. Enjoy up to 4-player couch co-op.

An anime visual novel based on the BlazBlue series from Arc System Works, so you probably already know if you're into this kind of thing. If not, you play as a pink-haired heroine who must make her way through an alternate reality to save her sister.

An adventure series from developer Microïds, Syberia sees you play as Kate Walker, a representative of her law film that travels across Europe on an adventure she never expected.

This 'Metroidvania'-style adventure game sees you take control of a little robotic ball that enjoys killing stuff and solving environmental puzzles. Notable for its striking visual aesthetic, Forma 8 is well regarded by critics. 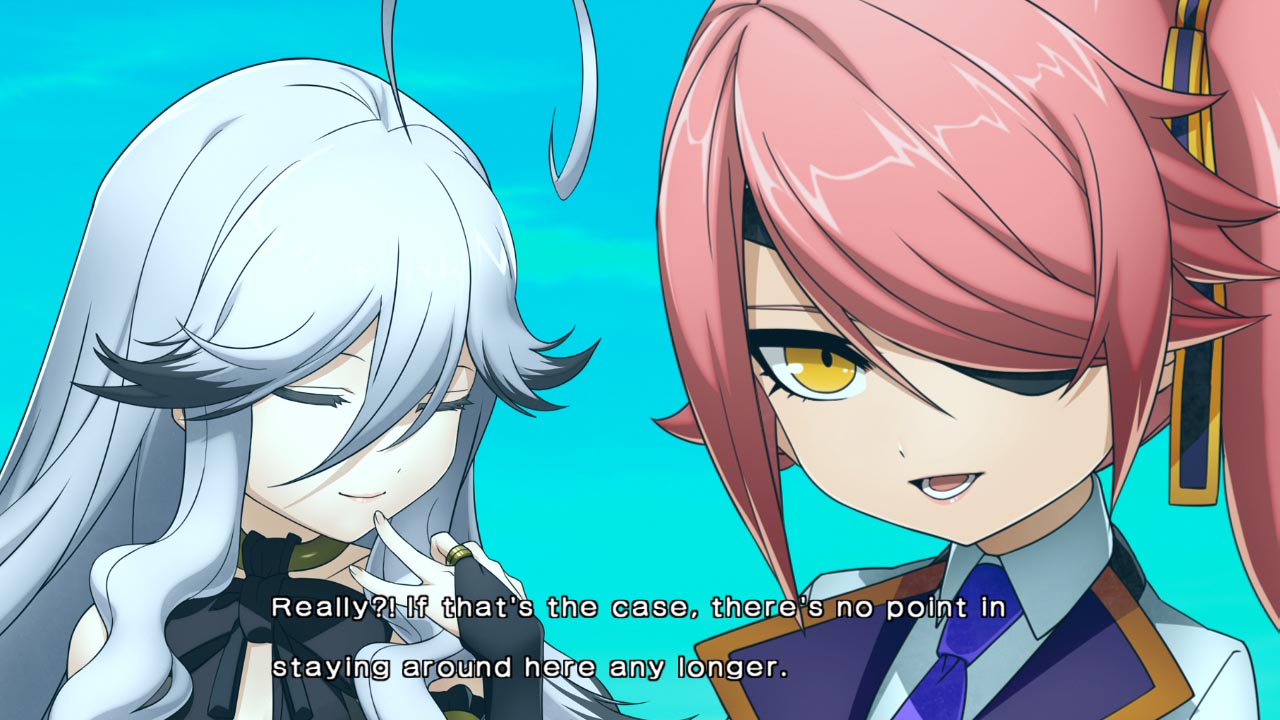 Looking for a horror game on PSVR? Until Dawn: Rush of Dawn is the ticket. A scary roller coaster ride through a house of horrors, Rush of Blood has you shooting targets as you compete with friends and foes for a top leaderboard spot.

A blast from the past, Worms Battlegrounds pits teams of wriggling, anthropomorphic invertebrates against one another in a match to the death. Just as great for multiplayer as it is for single-player, Worms Battlegrounds brings the two decades-old franchise into the modern era.

Bound is a game about the power of dance. Part platformer, part crazy choreography, Bound is absolutely beautiful.

If you've never played a bullet hell side-scrolling shooter, today's your lucky day: R-Type Dimensions is available for free this month to PlayStation Plus subscribers. 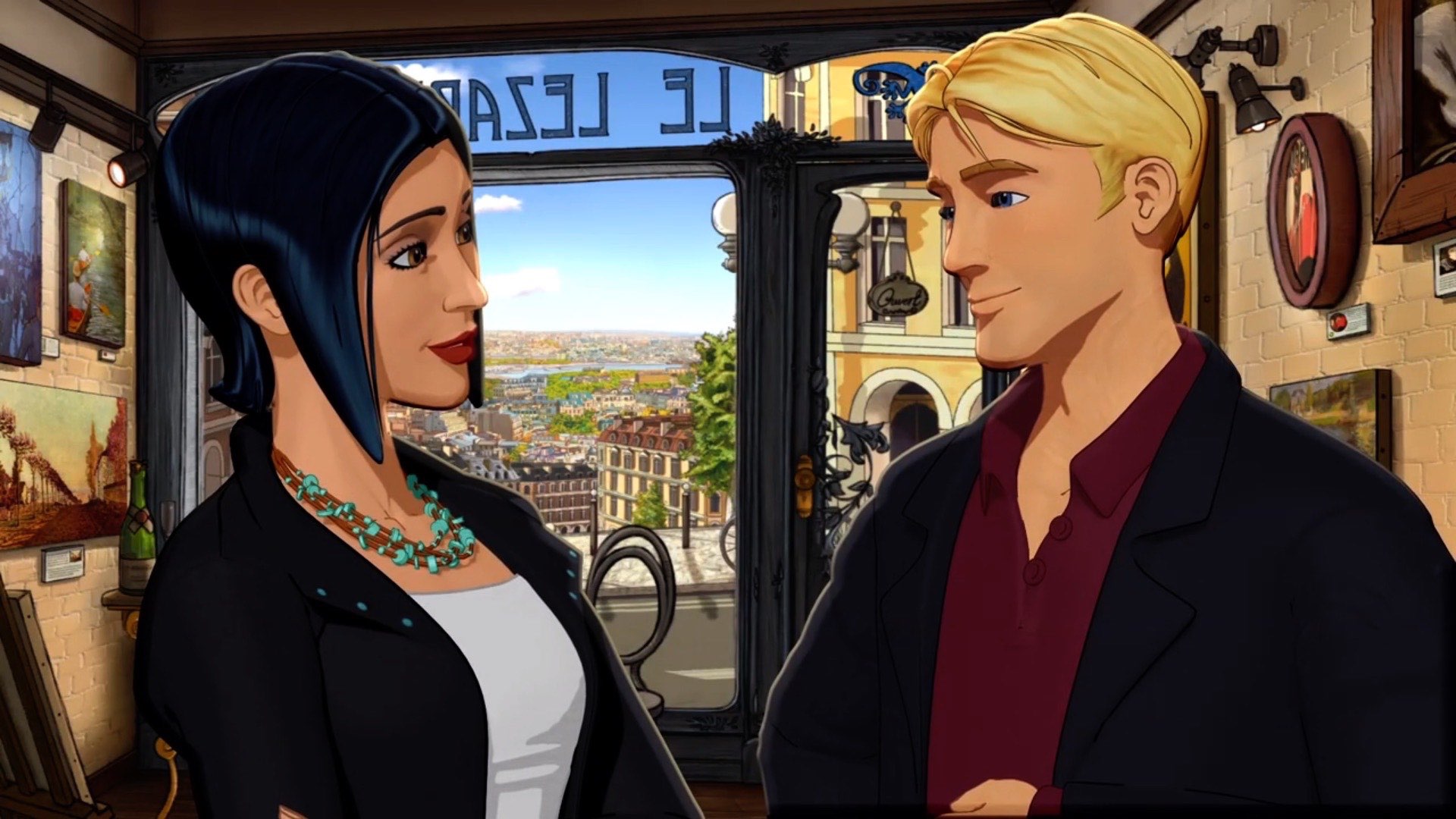 Rag Doll Kung Fu: Fists of Plastic is a PS3 system exclusive party-fighting game with a … unique look and feel. The game focuses on fun with exaggerated physics action and charming HD visuals.

Fast-paced action RPGs are all the rage these days, and Dungeon Punks is definitely capitalizing on that trend.

Broken Sword 5: The Serpent's Curse is the fifth installment in the long-running and popular point-and-click adventure series. This time around George and Nico are returning to Paris, hot on the trail of a stolen painting all while solving a murderous conspiracy. 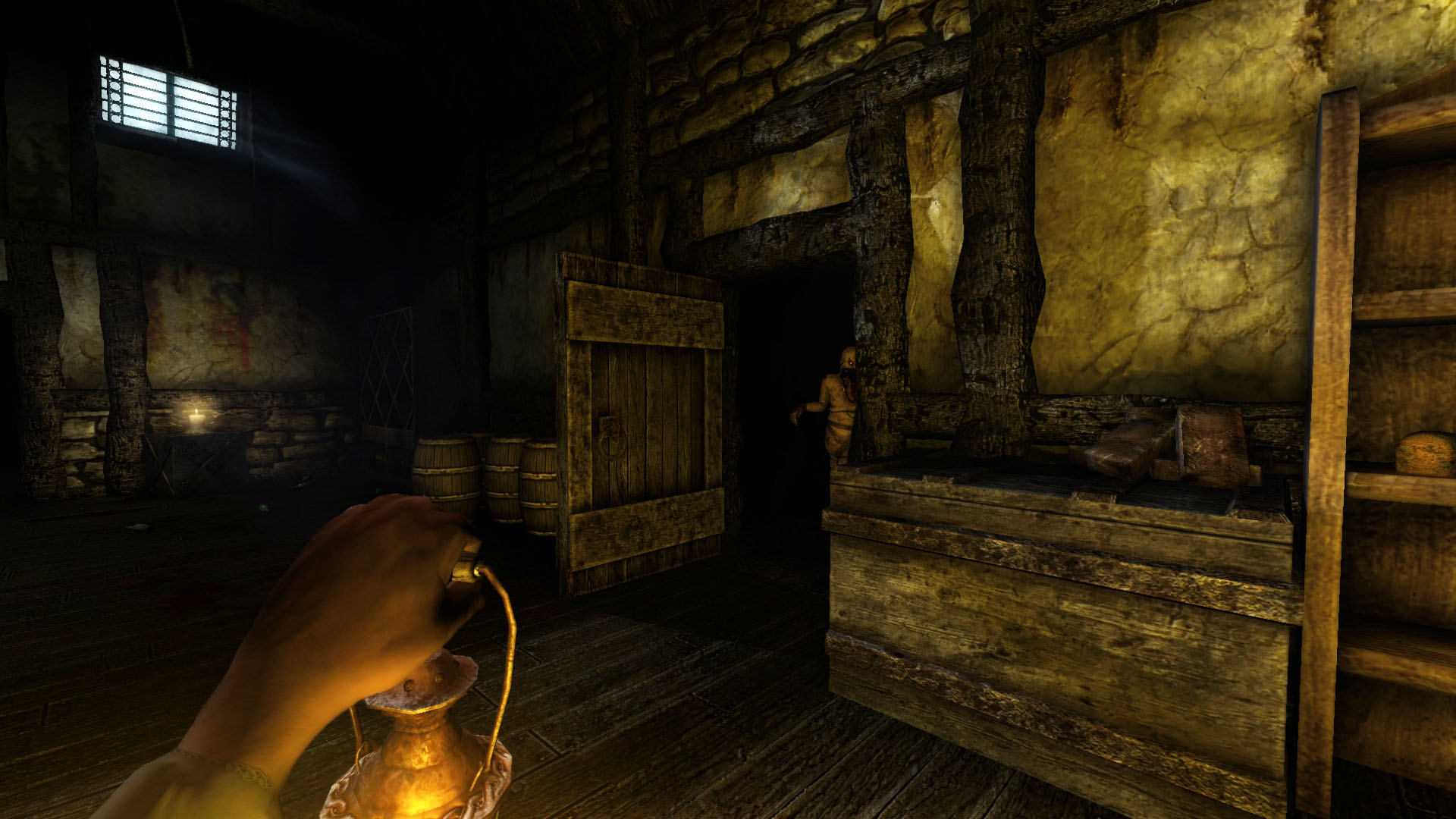 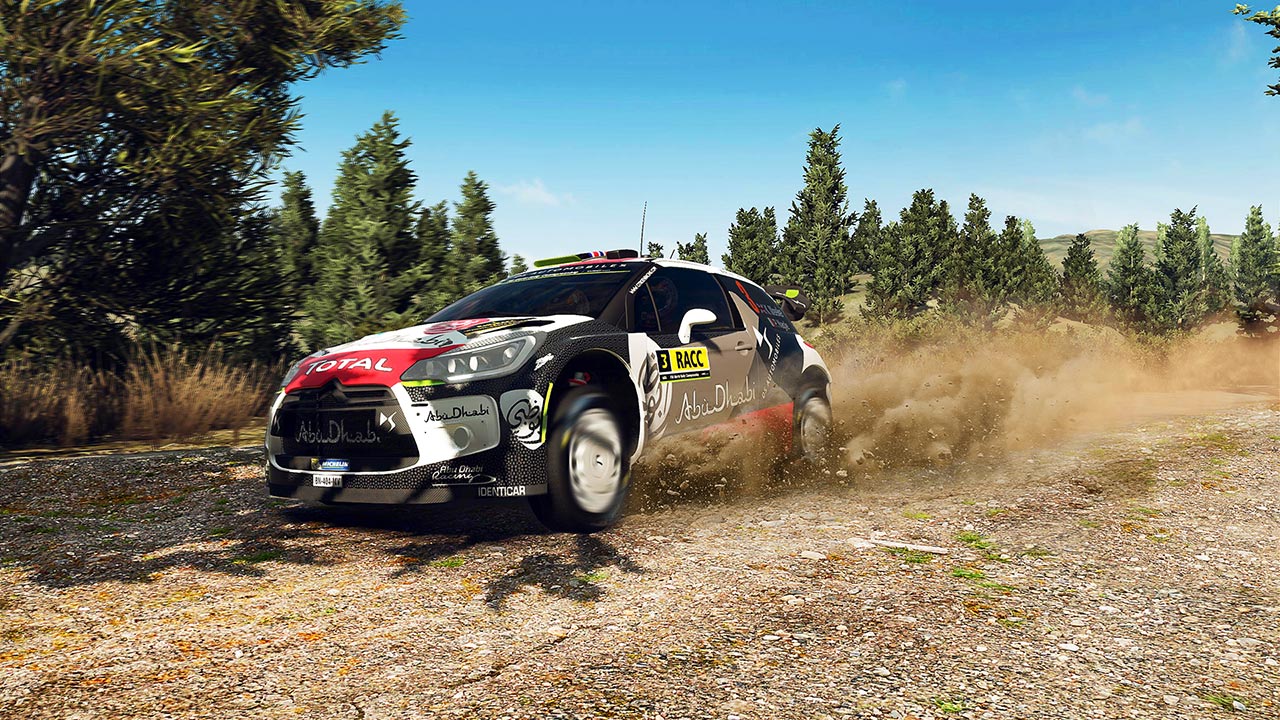 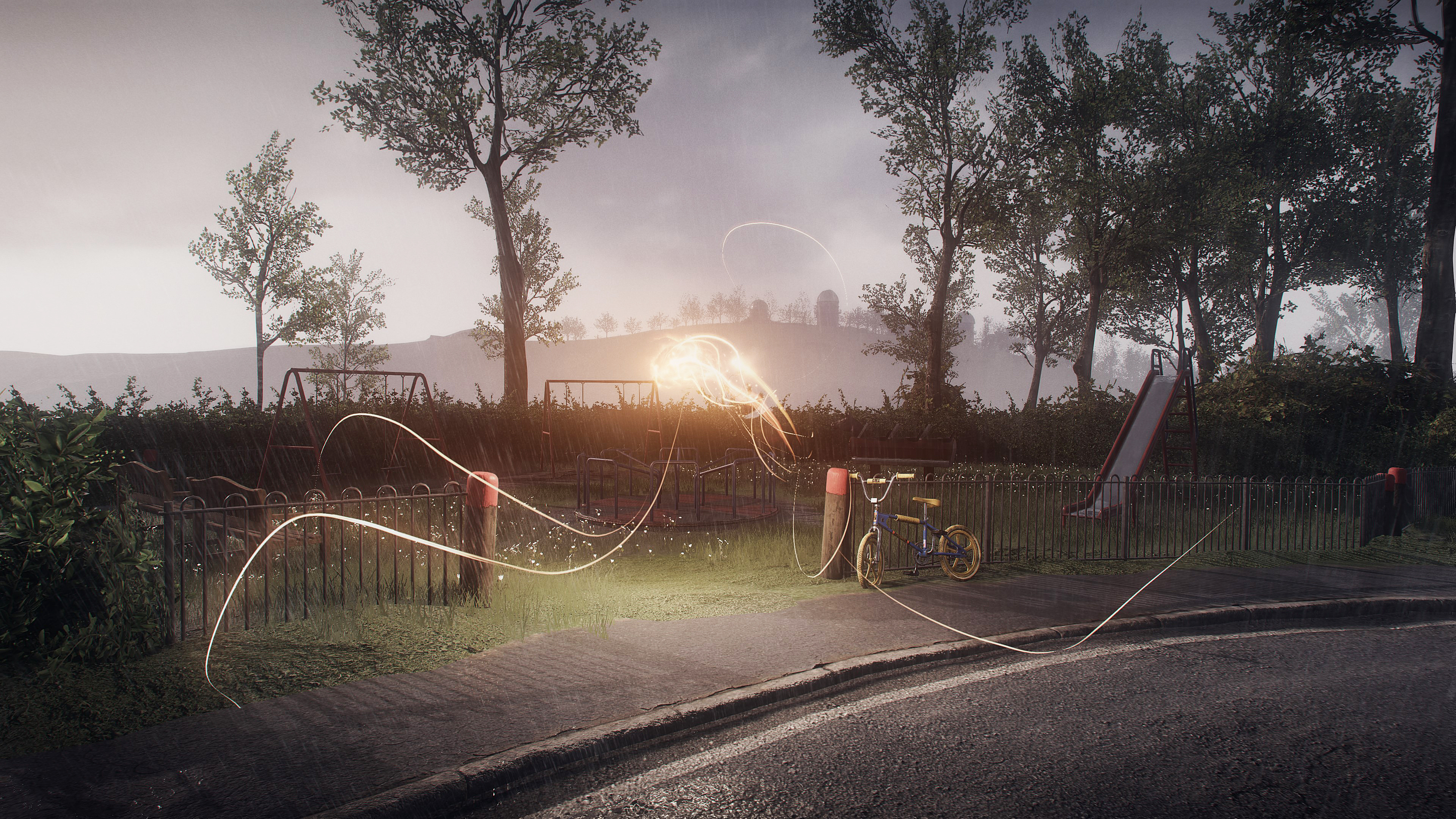 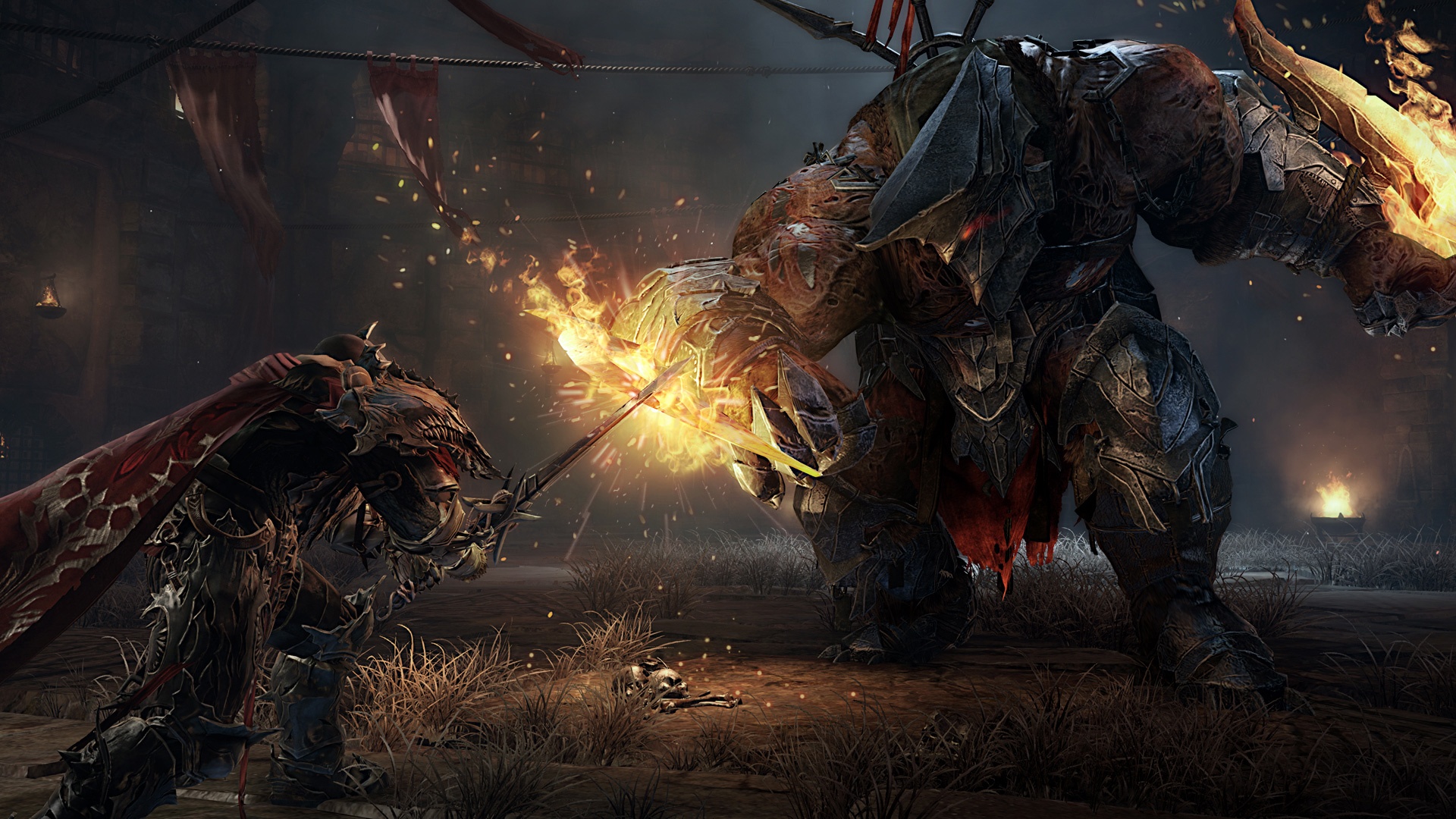