Whether you’re one of the 67 million monthly active players on Steam or you just like kicking back and binging Netflix series, eventually you’re going to need a new router, specifically the wireless kind unless you want to be tethered to a desk.

These days, however, there are a lot of different routers to choose from. Some are more traditional form factors sporting multiple 2.4 and 5GHz bands while others are wireless mesh systems that require the purchase of multiple hubs to fully enjoy.

With so many routers – both traditional and trendsetting – to choose from, we’ve gone hands-on with a wide range to find only the 10 best wireless routers below. 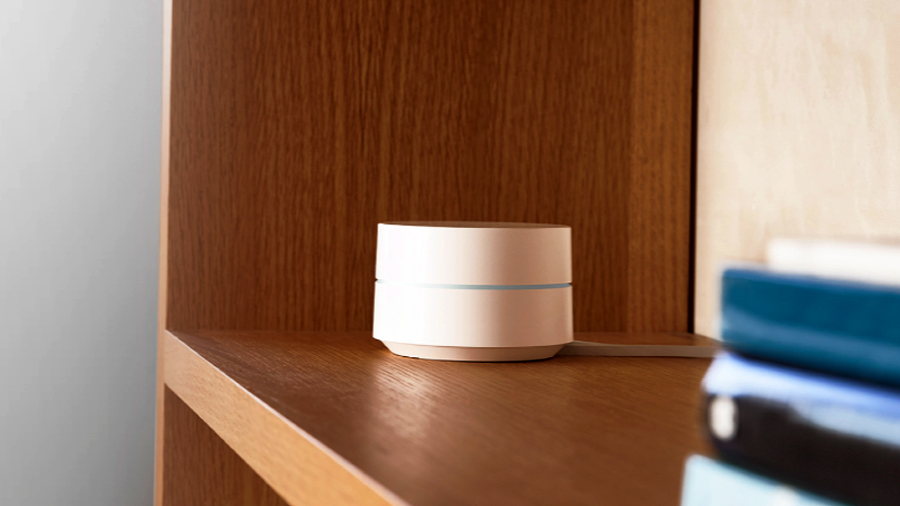 Gone is the seemingly distant past of Wi-Fi range extenders. It’s clear now that wireless mesh systems are the way of the future. The most notable of these is Google Wifi, a hub-based router that’s as easy to set up as scanning a QR code on the cylindrical unit and creating a name and password from there. Though Google Wifi’s hubs are collectively pricier than your basic, run-of-the-mill home router, its various hubs and stellar software outweigh most of its shortcomings. 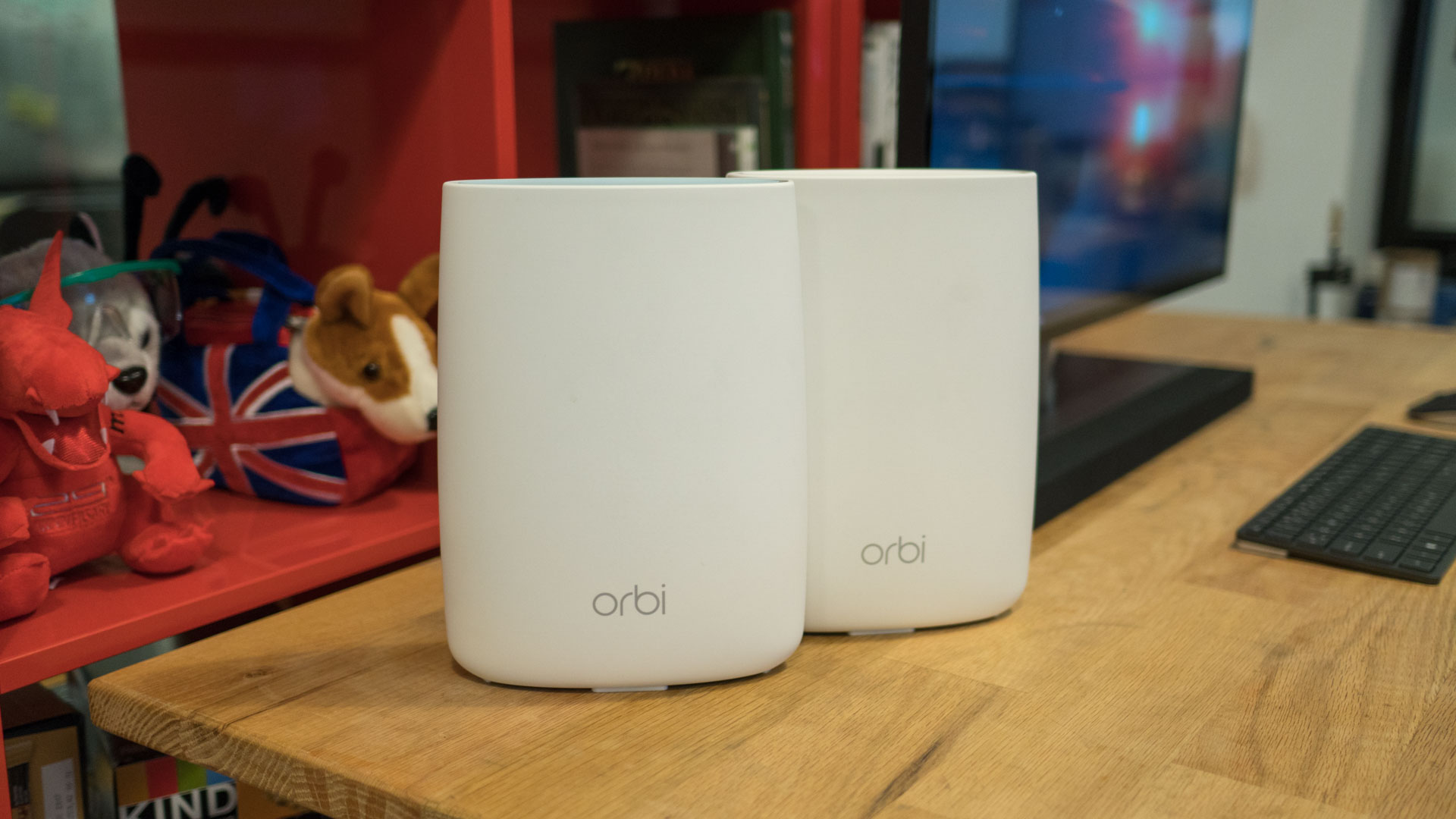 Unlike Google Wi-Fi, this wireless mesh system ships with two units rather than three: a router and a satellite, much like a cell phone signal booster. It’s expensive, but once you get past the price, you’ll see why the Netgear Orbi costs so much to begin with. Simply plug the router into a spare outlet as well as into your modem with an Ethernet cable. Next, connect the satellite to an outlet and you’re halfway there. Using the handy Sync button found on each block, the two bricks will start interacting. Then set your password and SSID in a web browser. It’s that easy. 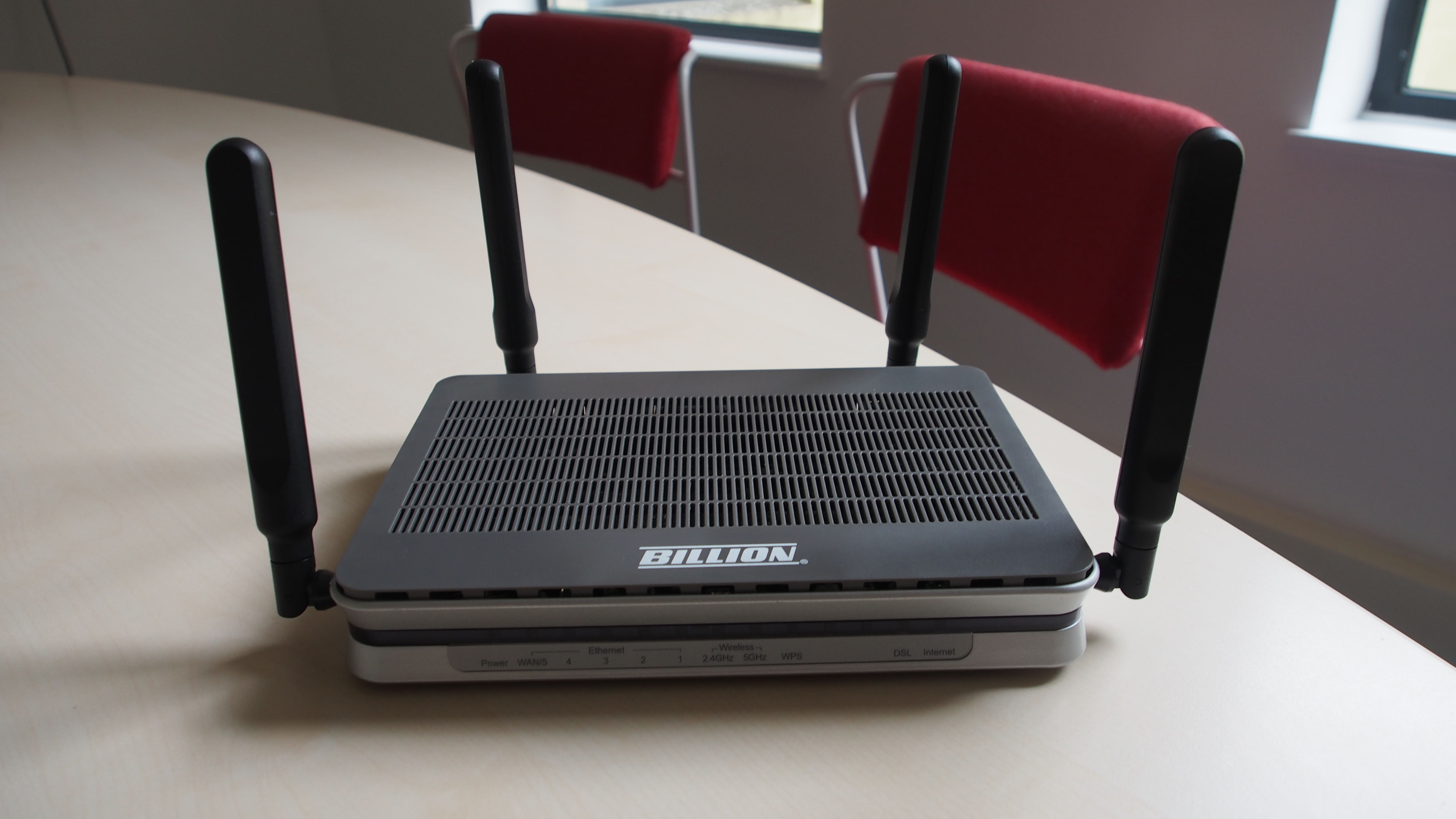 Billion is back at it again, this time with the fastest router it’s ever produce. Exhibiting a throughput of 2400Mbps over both a 2.4GHz and 5GHz band, the BiPac 8900AX-2400 isn’t conventionally attractive by society’s standards, but it is immensely capable. What’s more, there’s a wide range of ports which, while they don’t include USB 3.0, add potential for storage expansion down the line. Pair that with the fact that there’s an ADSL2+ modem built-in and the lofty price tag seems justified. 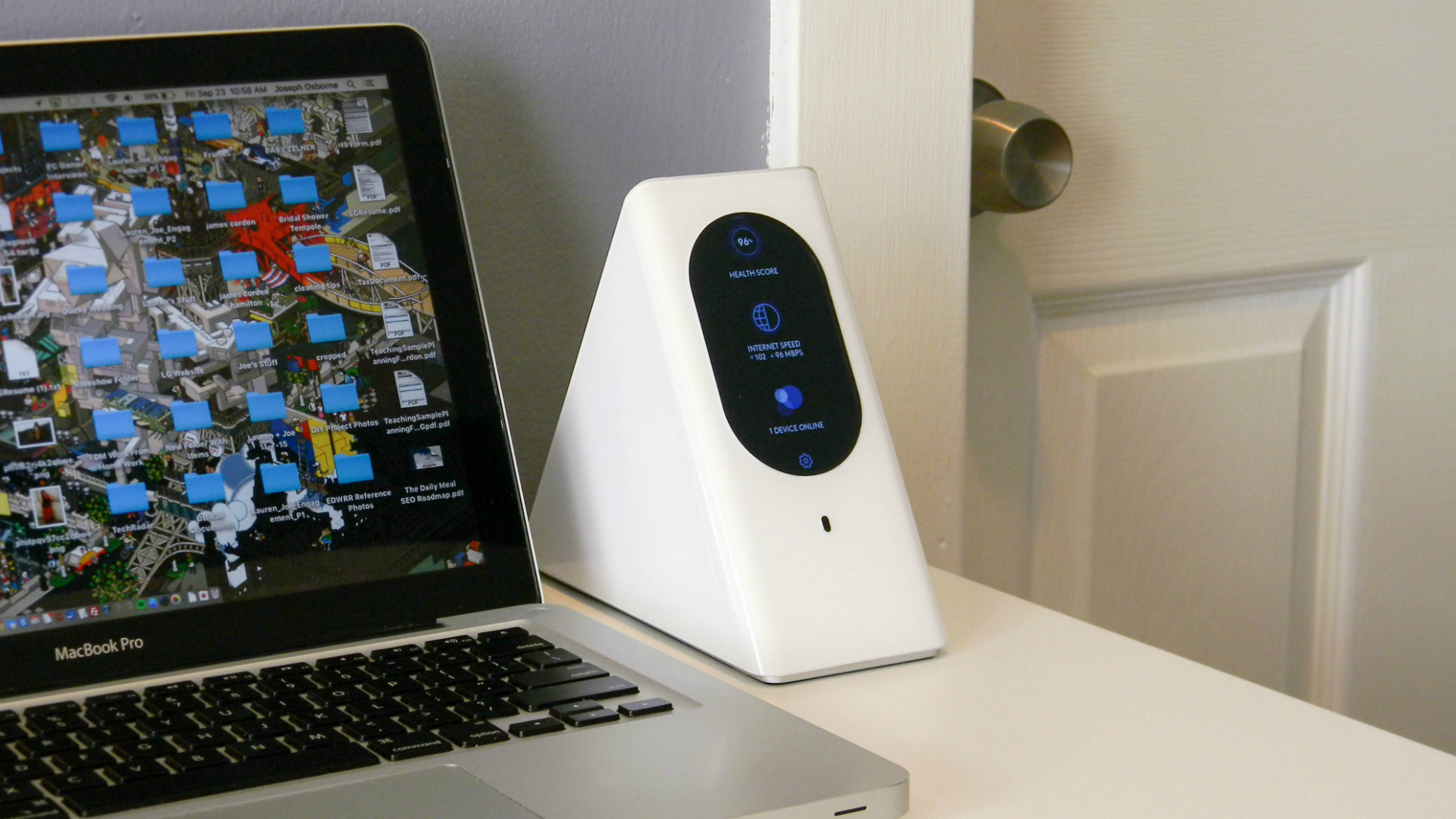 Instead of chasing after the fastest speeds and longest range, the Starry Station is all about two things: convenience and aesthetic. The triangular design and curious LCD display make the Starry Station a welcome addition to your home whether it’s sitting atop your desk or on a coffee table in your living room. Plus, the initial configuration of Starry Station is way easy. Sure, it’s expensive considering its performance, but what the Starry Station lacks it more than makes up for in style and ease of use. 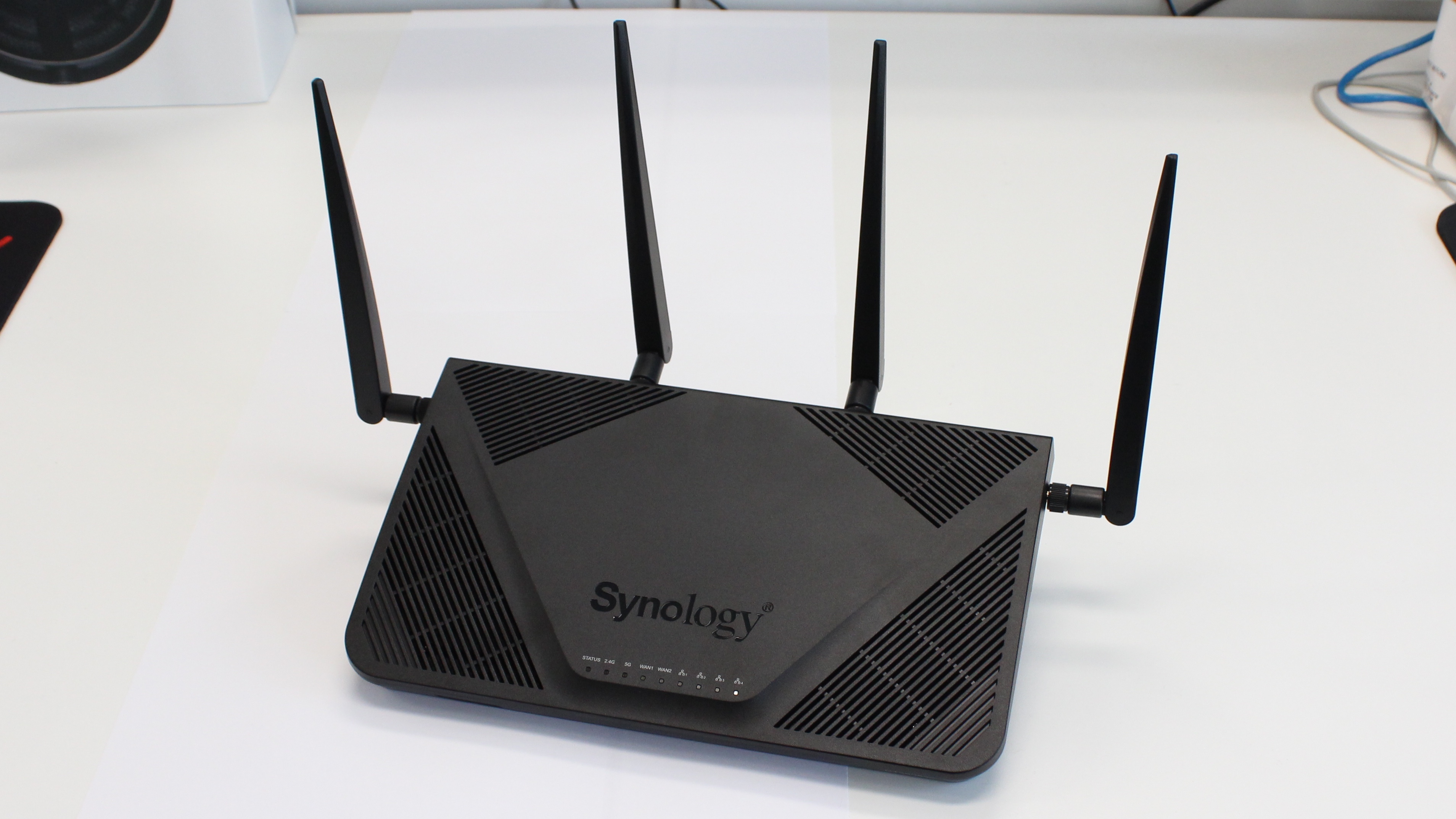 The lovechild of a traditional wireless router and a network-attached storage device (NAS), the Synology RT2600ac doesn’t boast the fastest specs or even an attractive shell, but it packs a ton of features that make it worth your while. Though it only has 4GB of storage built-in, you can connect a hard drive and configure your own cloud service similar to Google Drive or Microsoft OneDrive. You can even download NAS-grade apps like a VPN client and server. Unfortunately, the app selection is sparse as a result of the barren community support. 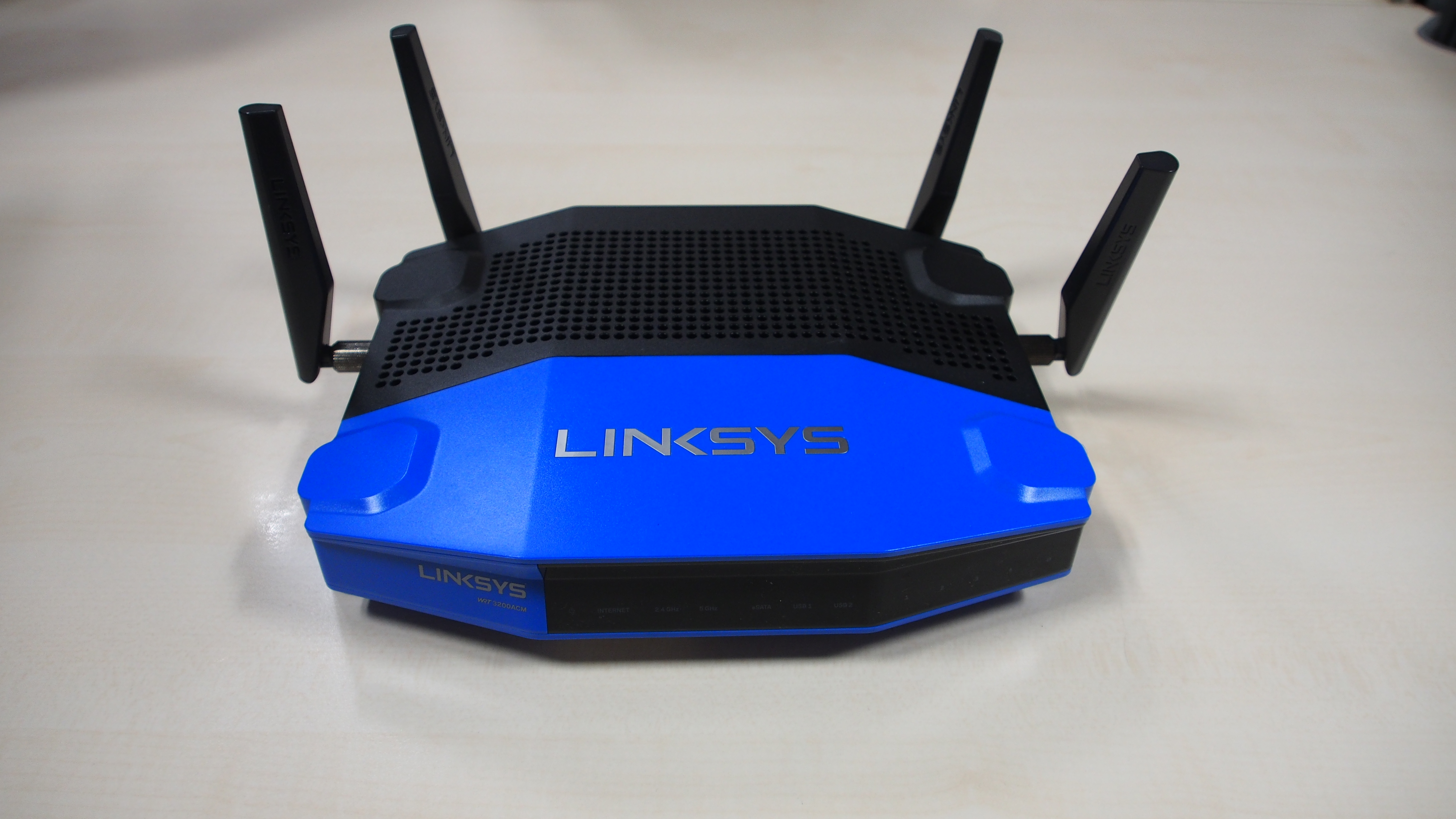 Effectively the antithesis to a wireless mesh like Google Wifi or the Netgear Orbi, the Linksys WRT 3200 ACM has an unflattering design that it’s damn proud of. Unlike systems that are stylish but limited when it comes to personalization, the Linksys WRT 3200 ACM gives you unadulterated control over your wireless network connections. Whether you want to toggle on and off guest connections, prioritize media devices, initiate parental controls or access the OpenVPN server, all the functionality you would expect from a router of this price is there. 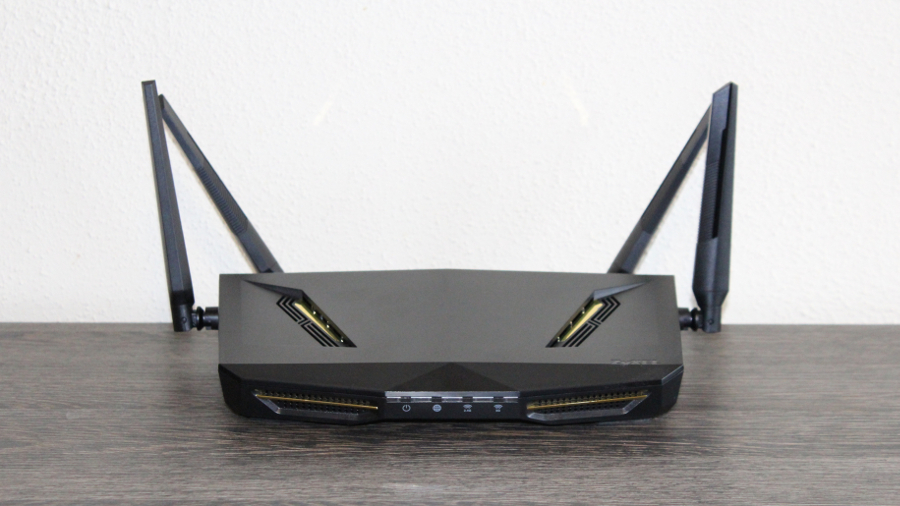 It may appear as though it would abduct a close friend or family member, but we assure you, the Zyxel Armor Z2 AC2600 isn’t as alien in function as it is in looks. Equipped with MU-MIMO support, which improves speeds when multiple devices are connected to the same network, the Armor Z2 AC2600 prides itself on its performance capabilities. Paired with StreamBoost, Zyxel has devised a router that can not only handle ample traffic, but it can actually prioritize bandwidth based on the needs of each device connected to it.

The Linksys Velop makes a sound argument for a wireless mesh network’s ease of setup. With the aim of replacing both your router and your now-antiquated range extender, the Velop arrives at a time when companies like Google and Netgear are doing the same thing. The main way Linksys hopes to differentiate its contender in the wireless mesh networking space is with a user-friendly setup that anyone with a smartphone can understand. With just a visit to the App Store or Google Play marketplace, you’ll have the Linksys Velop running in a matter of minutes. 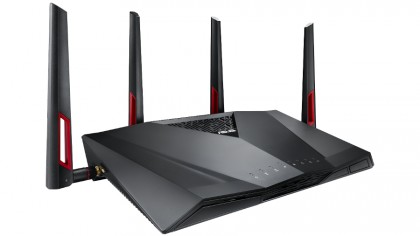 The Asus RT-AC88U justifies its above-average pricing with unrivalled record-breaking next-generation 802.11ac wireless performance. With four antennas and NitroQAM technology, which pushes speeds further still, this router enables wireless performance that can break the 1GB/sec limit. There's a minor catch – you'll need to invest in a NitroQAM wireless adapter, such as the Asus PCE-AC88, to see those faster speeds. It's worth it, though, because this router is a champion cheaper than its Asus RT-AC5300 Tri-band gigabit rival. 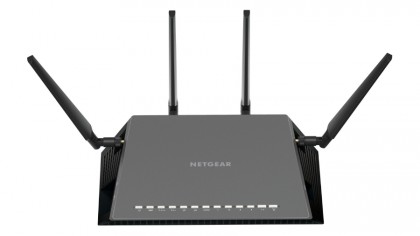 If routers had a fashion contest, Netgear’s D7800 would be among the top contenders. Its solid black finish is complemented by a quartet of antennas. Plus it’s damn fast and bettered by its inclusion of a duo of USB ports paired with an eSATA connector. The real centerpiece, though, is the VDSL 2 modem built into the Nighthawk X4S D7800, negating the need to buy or lease one separately. The outfitted software isn’t too shoddy either; a simple Dynamic QOS system makes it a breeze to govern a multitude of devices on a single home network.