It doesn't look like the sales juggernaut that is Black Friday is going to be slowing down as the 2017 event approaches, and while you've got no shortage of shops and outlets to consider as you hunt for bargains, Currys should always be close to the top of your list.

Even if you're restricting yourself to just one store, though, hunting down the best bargains can be something of a challenge with so many deals to stay on top of – and that's where we come in, because we'll be listing the best Currys Black Friday 2017 offers right here.

From the latest gaming consoles to big screen TVs you can hook them up to, from laptops to fitness trackers, there isn't an area of electronics that you can't find at Currys (and subsidiary PC World). If you're interested in gadgets at great prices then make sure you stop off during your Black Friday 2017 travels.

You'll find our selections below – just remember to enjoy your shopping along the way!

TV Black Friday deals – Currys always excels in the TV department and Black Friday 2016 was no different, with a host of reductions on the latest 4K models. Take the 49-inch Sony Bravia KD8305 Ultra HD TV with HDR, for example, which dropped to just £699 on the day.

Audio Black Friday deals – there was plenty of choice when it came to deals on audio equipment too, whether you were in the market for speakers or a soundbar. The Samsung HW-K430 2.1 wireless soundbar was slashed in price last Black Friday to a mere £129.

Laptop Black Friday deals – there were almost too many Currys laptop deals to keep on top of last year, but we just about managed it.  One that particularly caught our eye was the Lenovo IdeaPad 510S, down more than £70 and available for a cut-price £549 instead.

Desktop Black Friday deals – you could pick up some very good deals on desktops too at Currys during Black Friday 2016, and we listed a number of bargains through the day, including the well-specced HP 24-g099na 24-inch all-in-one for £499 (a £200 discount).

Gaming Black Friday deals – Currys is also worth checking out if you're interested in the latest gaming kit: the basic PS4 with FIFA 17 and a DualShock 4 docking/charging station has been on offer at £229.99. Watch out for some similar bargains this Black Friday.

Camera Black Friday deals – if all of that wasn't enough, Currys also sells some of the best cameras around, and there were deals aplenty on Black Friday 2016. One that was particularly appealing was the deal on Canon cameras, with 25% knocked off.

Wearable Home Black Friday deals – wearables aren't the most expensive gadgets that Currys sells but there were bargains to be had here too, with the Fitbit Blaze down £20 to £132.99 on Black Friday 2016, alongside a variety of other discounts for Black Friday 2016.

Currys on Black Friday 2017: what you need to know

Here at TechRadar we like retailers that go all-in for the big shopping events of the year, and Currys definitely fits the bill. Every year the store can be seen knocking prices down across just about all of its many departments.

This year, as last year, offers are going to go live at 12am on the morning of Black Friday and will continue through the day and the rest of the weekend. In total, you can expect 10 days of Black Friday discounts from Currys, and the event was a huge success last year – Currys says it was the biggest Black Friday ever for its stores, with 5 orders placed every second during peak times, and over 2 billion seconds spent on the site on the Friday.

One of the reasons to turn to Currys for your Black Friday 2017 shopping is the price promise it gives to customers – if you find the same item for a cheaper price at any of Currys' major competitors, then the store will match it. There are even mobile apps you can download to make price comparisons easier.

You can expect a host of special offers again from Currys during Black Friday 2017, and we wouldn't be surprised if sales records get broken yet again. Remember, we'll have the best deals listed here for you to browse through.

How does an Xbox One S with FIFA 17, three months of Xbox Live Gold, a twin docking station and a control pad sound? For £298.99? That's one of Currys' best previous deals.

There might be a new Surface Pro in town but Currys has been offering great prices on the previous model, with a 128GB Surface Pro 4 and Type Cover bundle available for just £499.

Dyson vacuum cleaners are fantastic bits of kit, but often on the pricey side. Not so last Black Friday, when the V6 Absolute was on sale for £279 at Currys, a discount of £170.

If you were in the market for a 4K TV last year, then you could've got the very highly rated Samsung UE55KS7000 4K HDR TV for just £949, at least £89 cheaper than it was elsewhere. 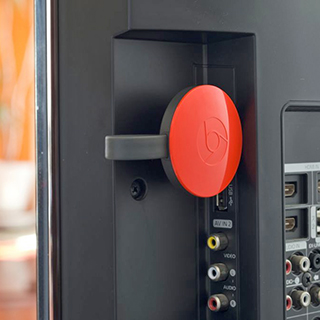 Admittedly the Google Chromecast doesn't cost much to begin with, but last Black Friday at Currys it was down to a mere £18. Watch out for similar discounts this time around.