DJI might be best known for its drones, but the company also makes outstanding camera gimbals. At CES 2018, the company has announced new stabilization systems for both smartphones and video professionals.

The new DJI Osmo Mobile 2 is designed to turn any mobile phone smart steady cams. While more smartphones like the iPhone X and LG G6 are gaining optically stabilized lenses, this gimbal will help make your footage that much smoother.

The three-axis gimbal helps cancel out any hand shake or wobble. At the same time DJI’s built-in SmoothTrack technology detects and compensates for your intended camera movements so you get a cinematic shot every time. Videographers can also use the DJI Osmo Mobile 2 intelligent motors to create complex shots such as following subjects in motion, motion timelapses and hyperlapses. All these new creative options add to the company’s already extensive panoramic, long exposure and light trail modes.

DJI also update the Osmo Mobile 2 with a new shell made out of high-strength modified nylon that it claims is lighter weight and more durable than the old aluminum chassis of its predecessor. Meanwhile, the updated gimbal has been upgraded with a spring clamp that can handle any phablet you throw at it. Users will also now be able to turn the clamp 90-degrees so they can shoot live – and **shudder** regular – videos in portrait orientation.

The DJI Osmo Mobile 2 price is set at $129 (about £95, AU$160) and pre-orders starting on January 23 initially as an Apple Store exclusive. After a few weeks, users will also be able to purchase the gimbal from DJI’s own online store and other retailers in early February. 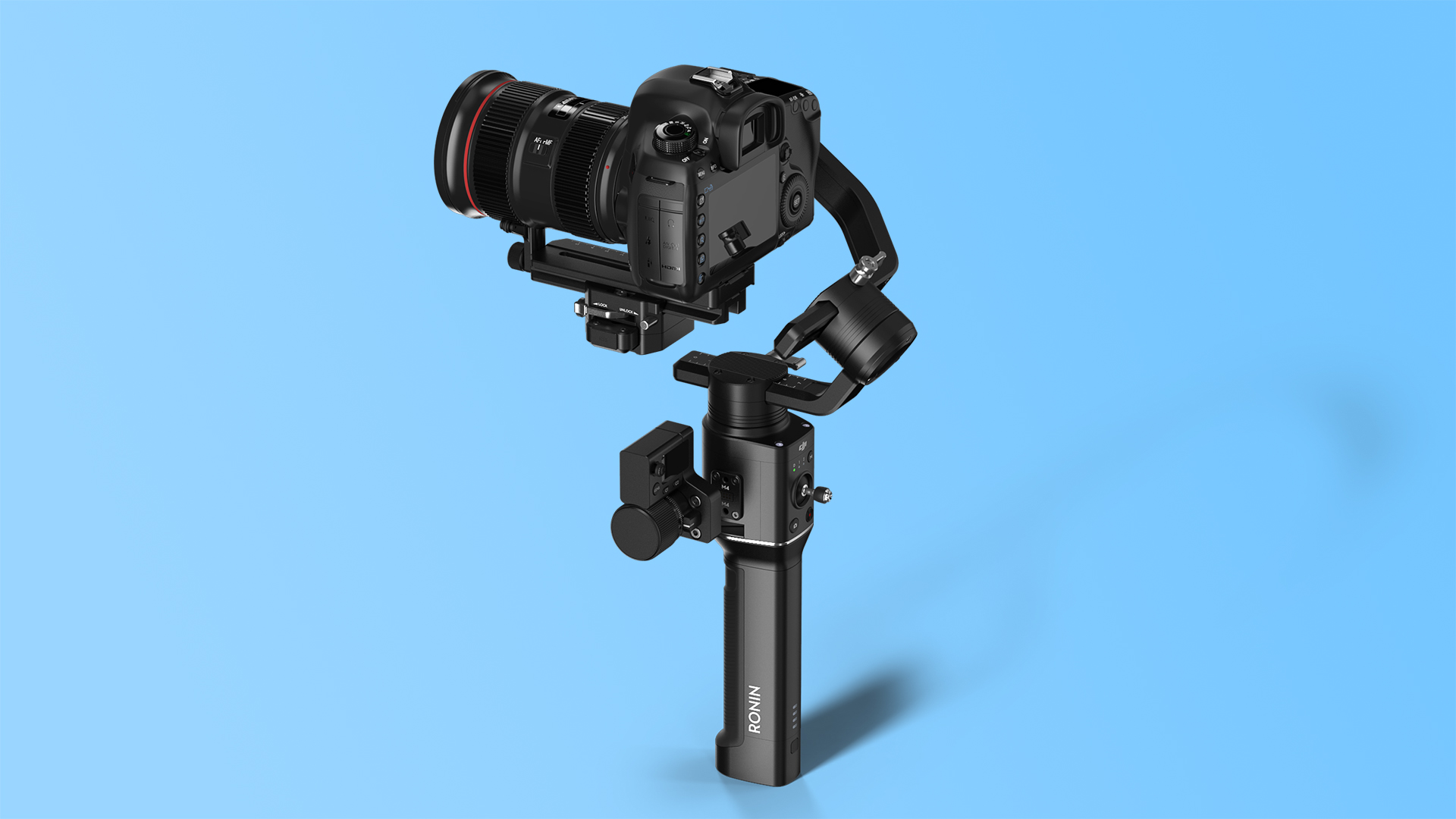 DJI has made gimbals for everything from smartphones to cinema cameras like the RED Epic, but the company has never produced a single-handed stabilization system – that is until now.

Meet the Ronin-S, DJI’s first single-handed stabilizer designed for DSLRs and mirrorless camera systems, and it’ll come in to sizes depending on what type of camera you want to mount. Like the Osmo Mobile 2, this gimbal will help you shoot shake-free video with a cinematic and professional look – except you’ll be attaching much bigger cameras to it.

Utilizing high-torque motors, the DJI Ronin-S is ready to support cameras as large as the Canon 5D Mark V plus any massive, extending zoom lenses you throw at it. Plus, if your lens and camera sensors have their own optical stabilization, the gimbal’s advanced stabilization algorithms will work in tandem with them to produce the best footage. 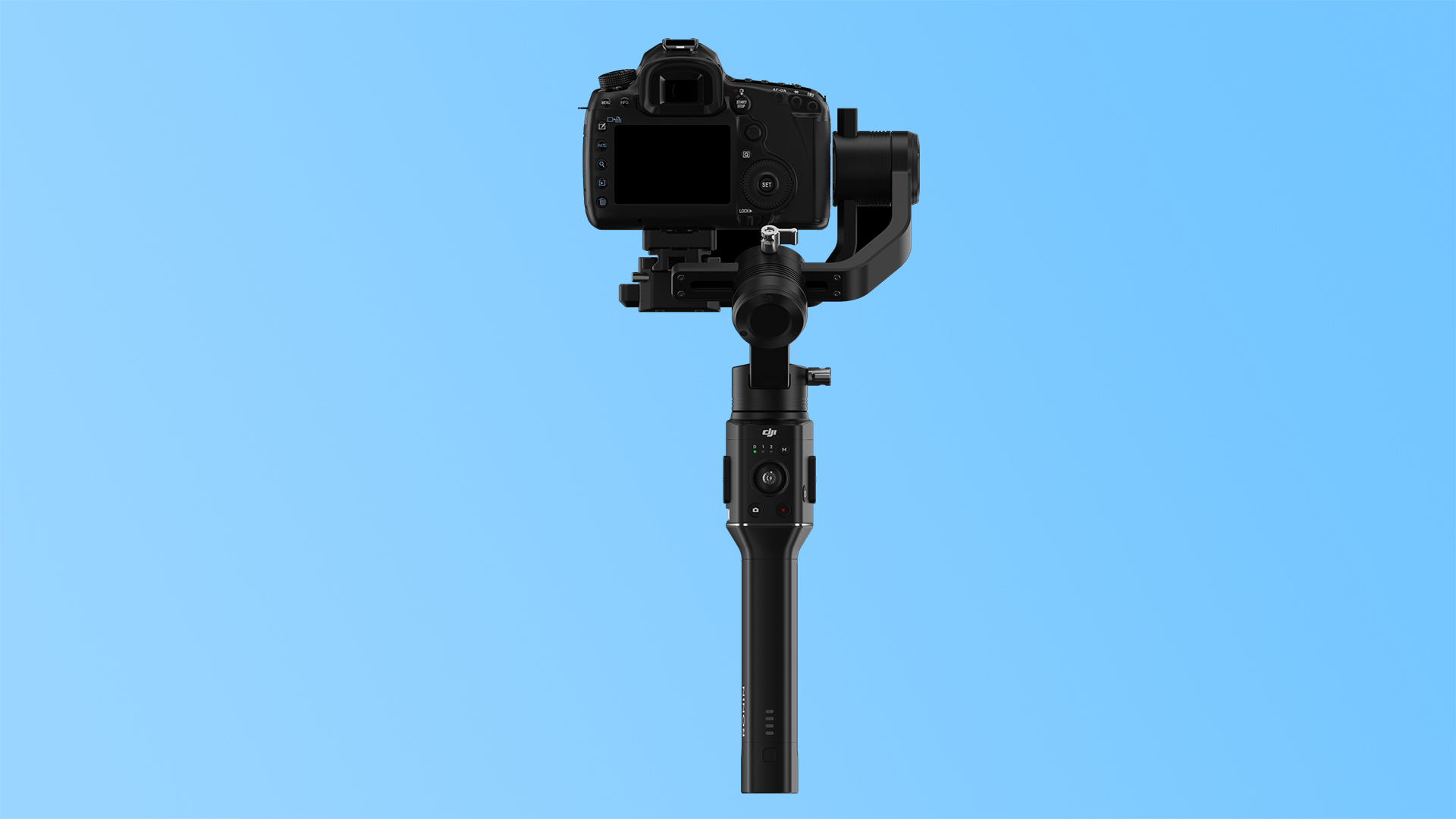 Users will also be able to connect the Ronin-S to their camera and use the gimbal’s physical controls to change cameras settings such as ISO, shutter speed and the record video button. DJI also showed us an early preview of an upcoming Focus Control Center consisting of a focusing dial and a screen, allowing users to really control their entire camera while its mounted on this support system.

Alternatively, the DJI Ronin-S offers simple shooting modes including panorama, hyperlapse, and Track and CamAnchor, which allows you to designate specific camera positions and switch between them on demand.

The DJI Ronin-S release date will be available in the next few months through DJI’s online store as well as it retail partners (i.e. Amazon and the Apple Store).