The only thing better than the Ultra HD graphics and silky-smooth gameplay that PC gaming affords is all the cool gear surrounding your computer. From keyboards to mice, monitors, gaming chairs and headsets, PC gaming hardware goes much farther than your main rig.

While we’re all still lusting after that ultra-wide gaming monitor or fancy keyboard, there are always new products to pine after. This year at CES 2018, we got our first glimpse of some of the most desirable pieces of gaming gear we’ve seen yet. 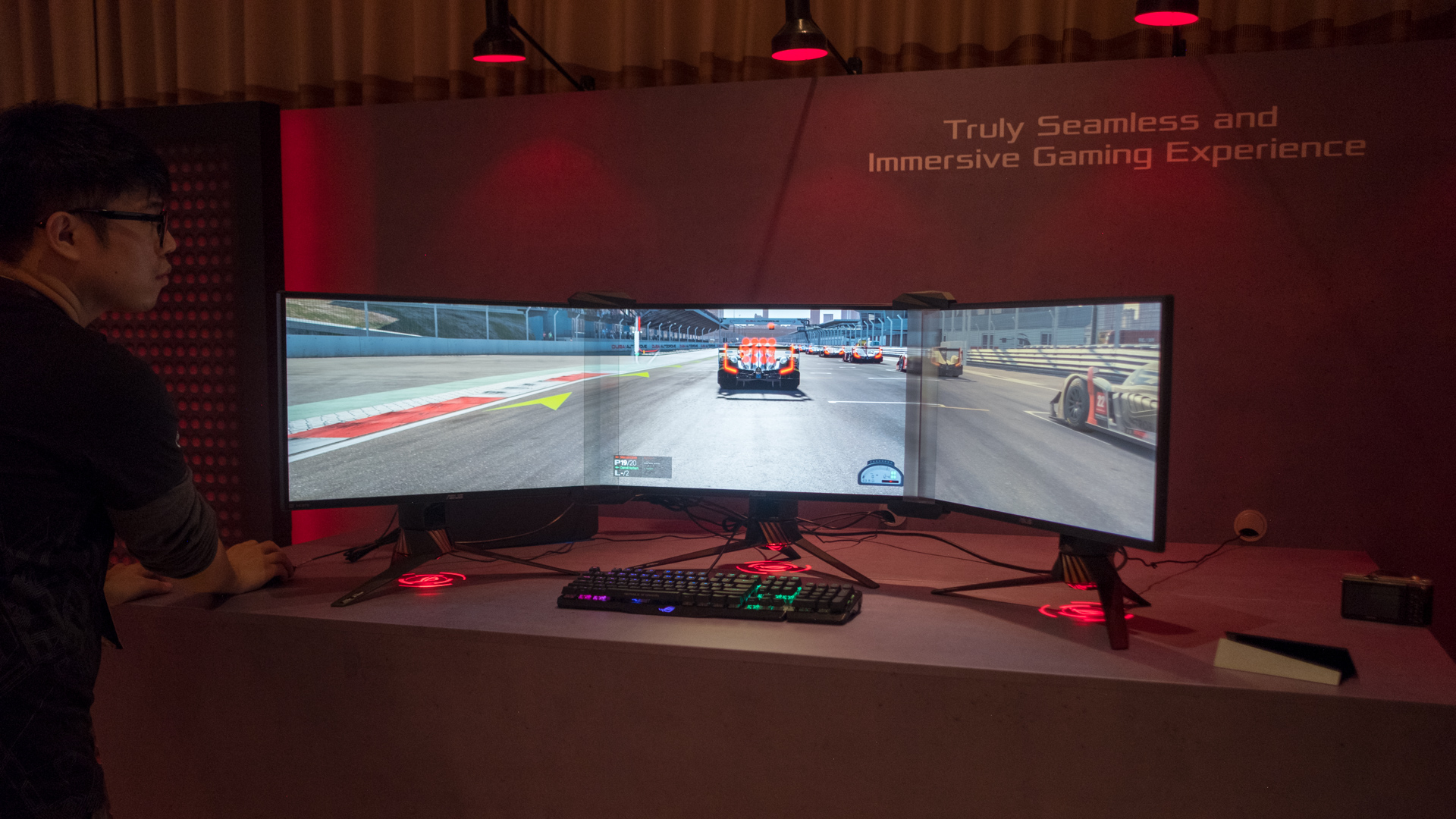 Multi-monitor setups for PC gaming can be amazing, especially for flight simulators and racing games but the only thing that sucks is seeing gaps between each of your screens. Asus’ Bezel-Free monitor kit aims to eliminate the problem by optically merging two or more screens into a seamless picture.

Because it only uses prisms and the magic of light refraction, they can be slipped between practically any monitors with thin bezels and require no electronic control or power to work. If you’re already using a dual or triple monitor setup, this is the easiest way to DIY an ultra-wide screen rather than outright buying a whole new display. 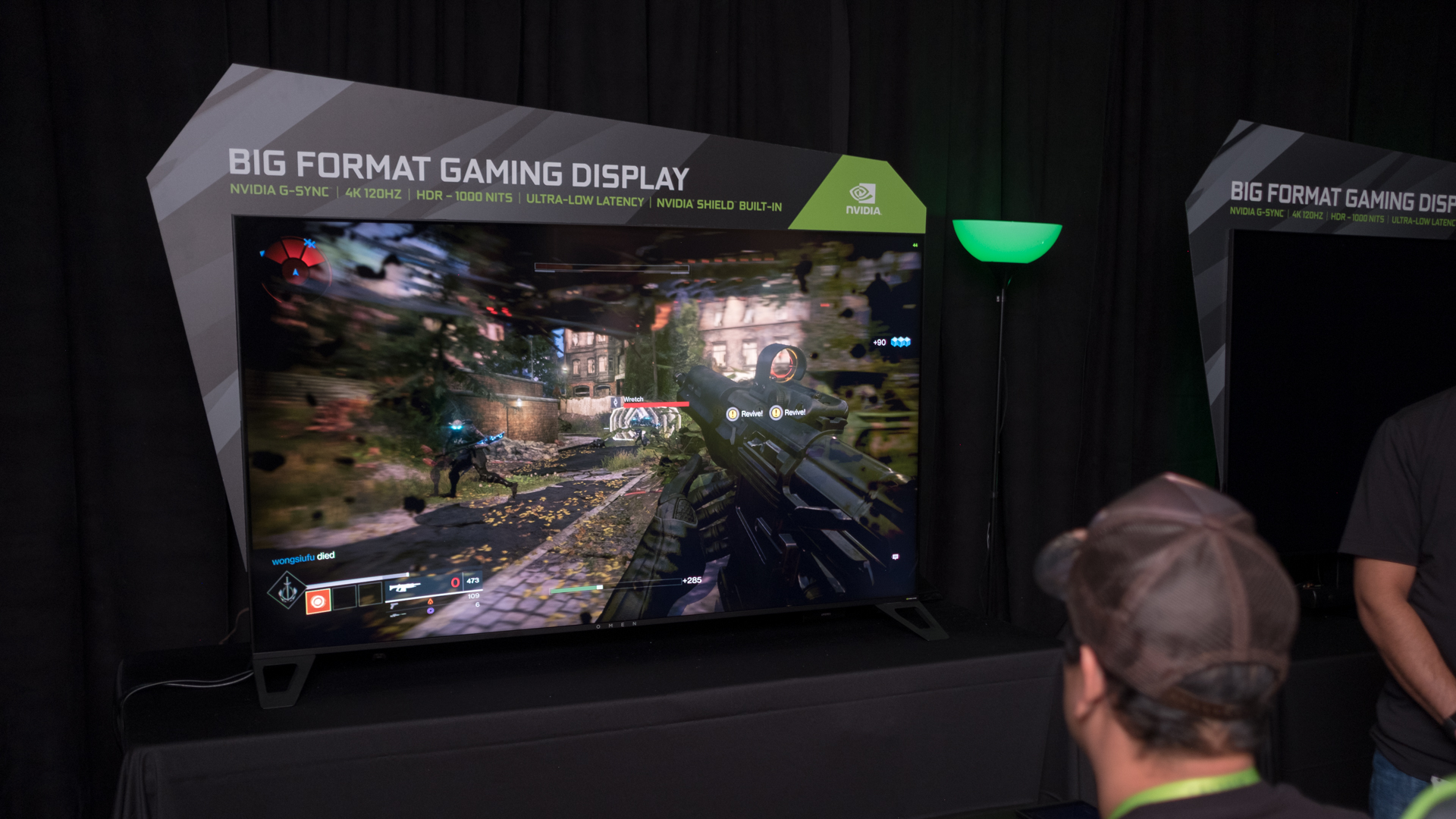 Nvidia Big Format Gaming Displays made a huge splash at CES 2018, and we came away most impressed by the HP version: the Omen X 65 BFGD. Just looking at specifications that include a 65-inch panel, 4K resolution, HDR compliancy, a 120Hz refresh rate and 1 millisecond response rate, it’s hard not to be wowed. This truly is the ultimate display for PC gaming. 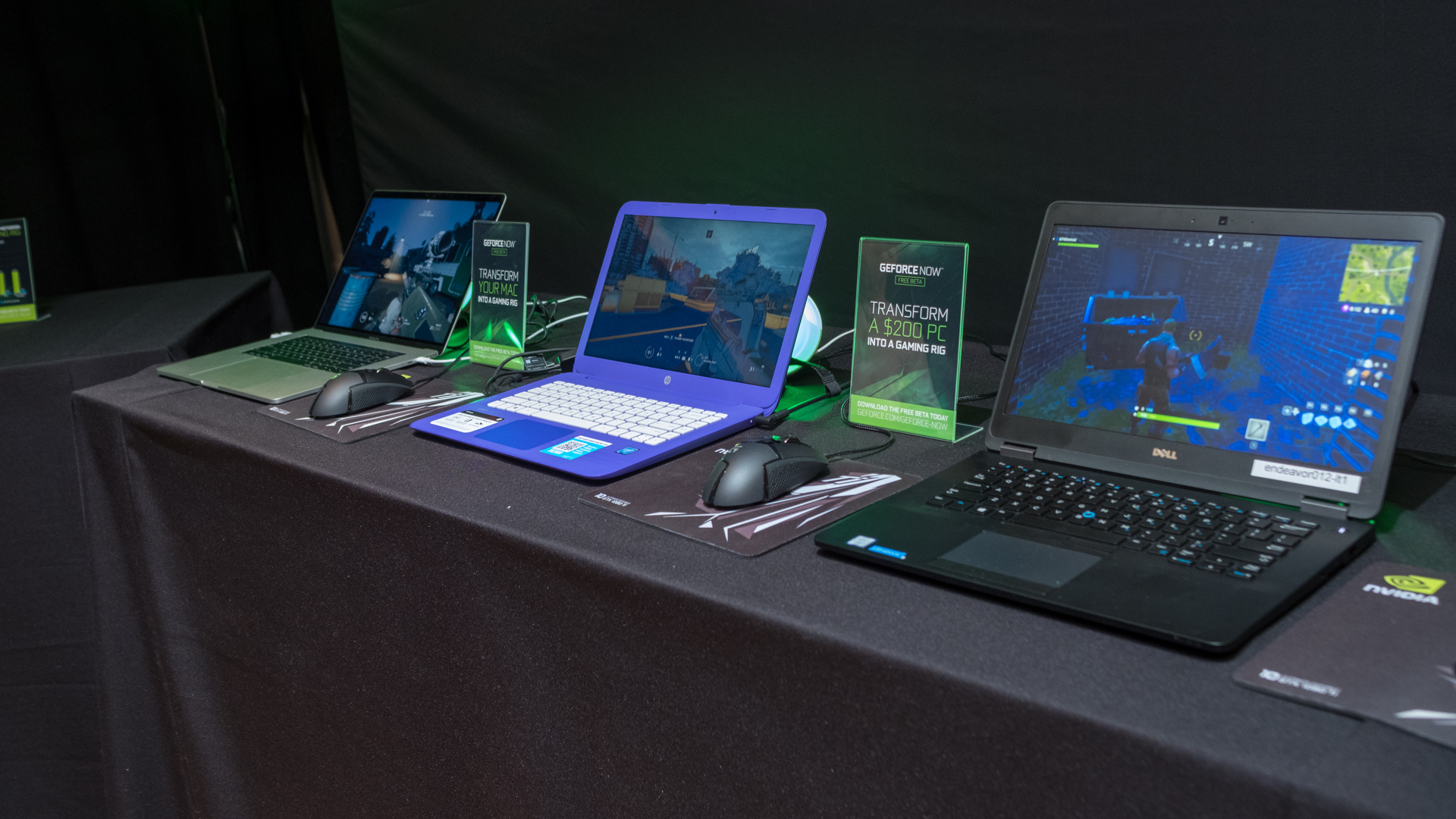 While this might not be a physical bit of kit, Nvidia GeForce Now coming to PC is something everyone will love. This gaming streaming service turns every Windows laptop, desktop and tablet into a gaming PC – whether it be a lowly netbook or a top of the line Ultrabook, almost anyone can access Nvidia’s extensive online PC game library. 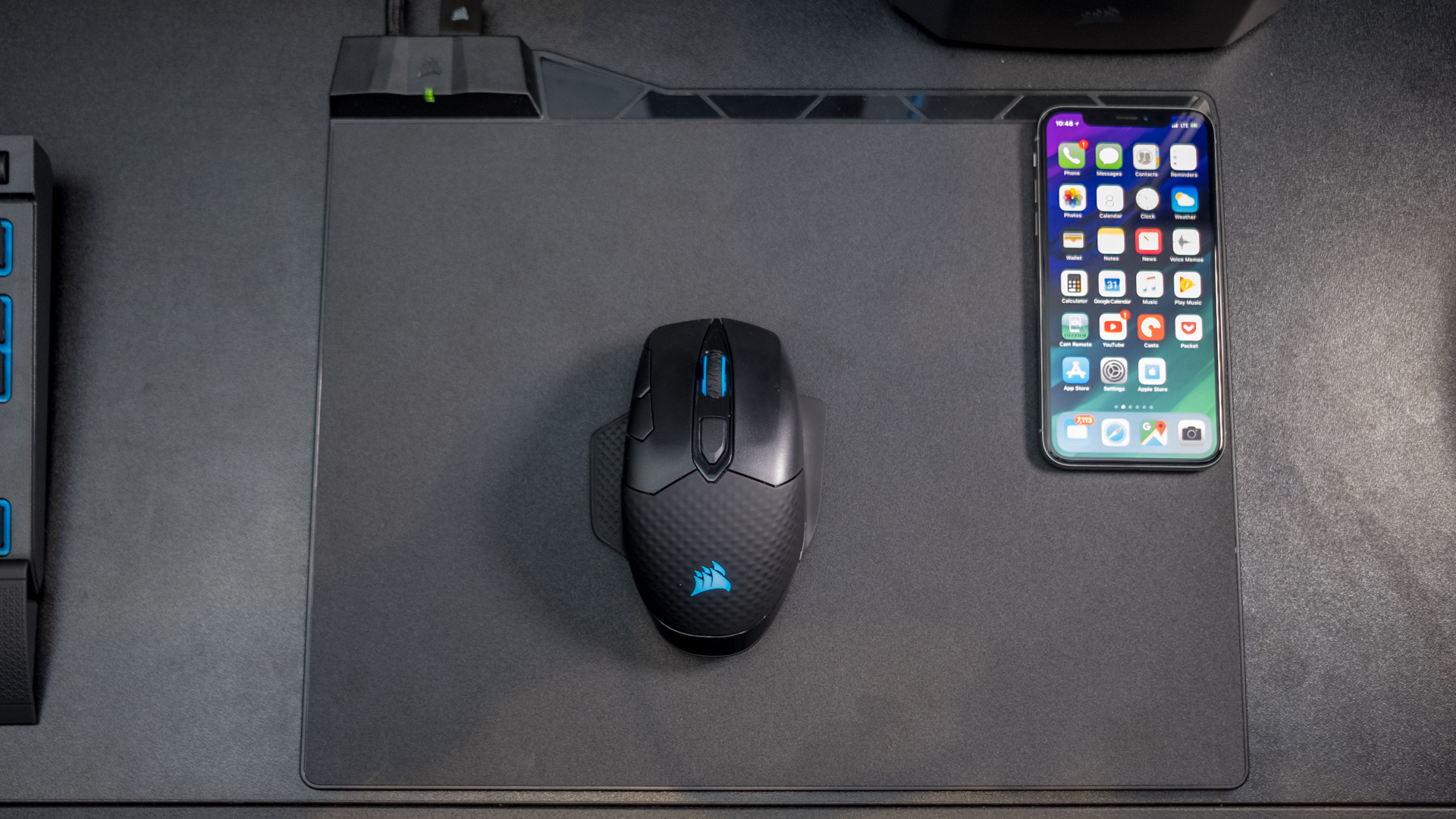 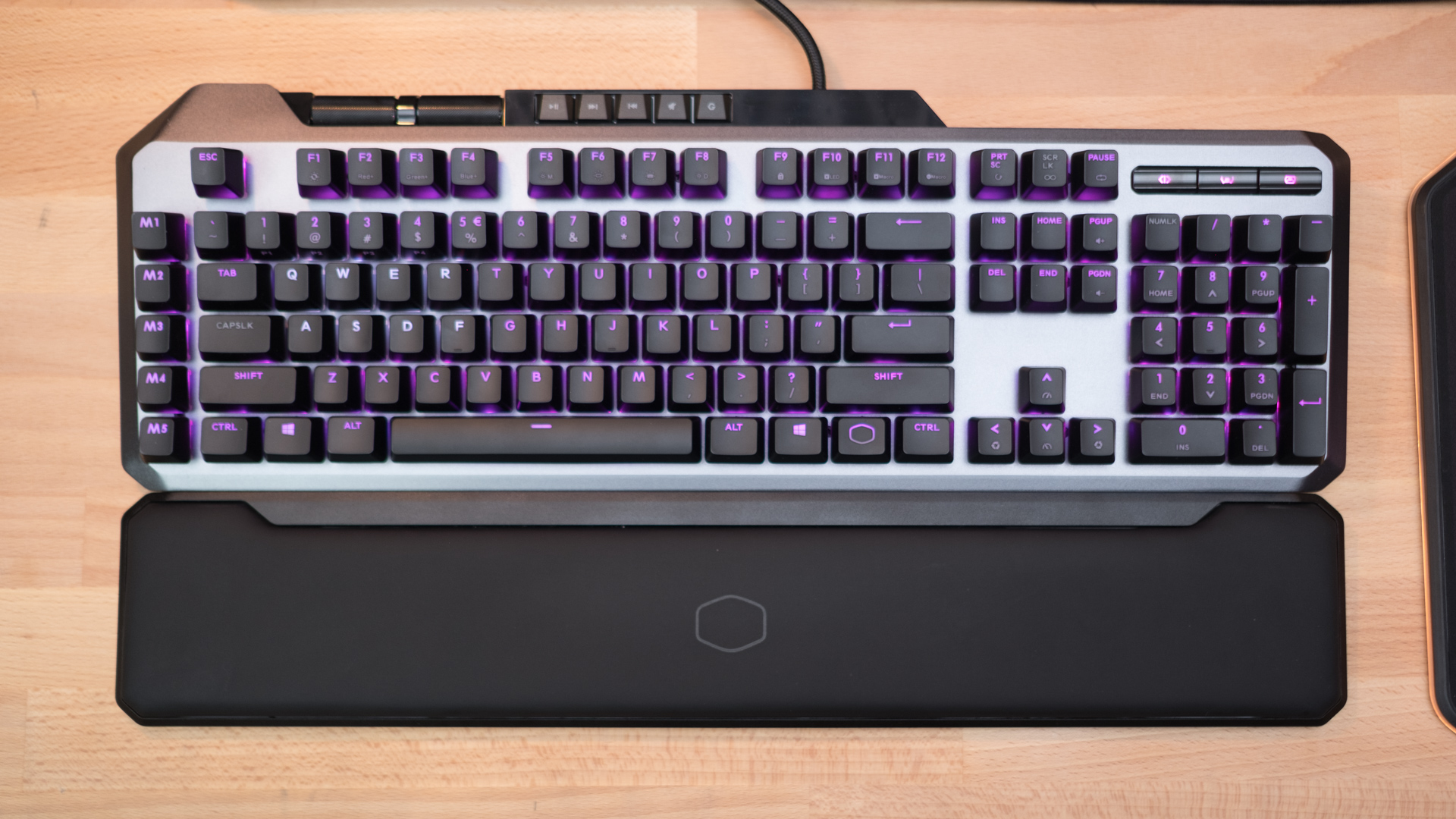 The Cooler Master MasterKeys MK851 might just look like another RGB backlit mechanical keyboard, but it comes with the unique feature of analog keys. Modern keyboards are fully digital inputs, but on its latest product, Cooler Master has included eight analog keys around and including the WASD keys.

These analog switches allow you to lightly press keys to move characters around more slowly. Alternatively, they could act like physical pedals for racing games and many more precise controls we’ve yet to even imagine. 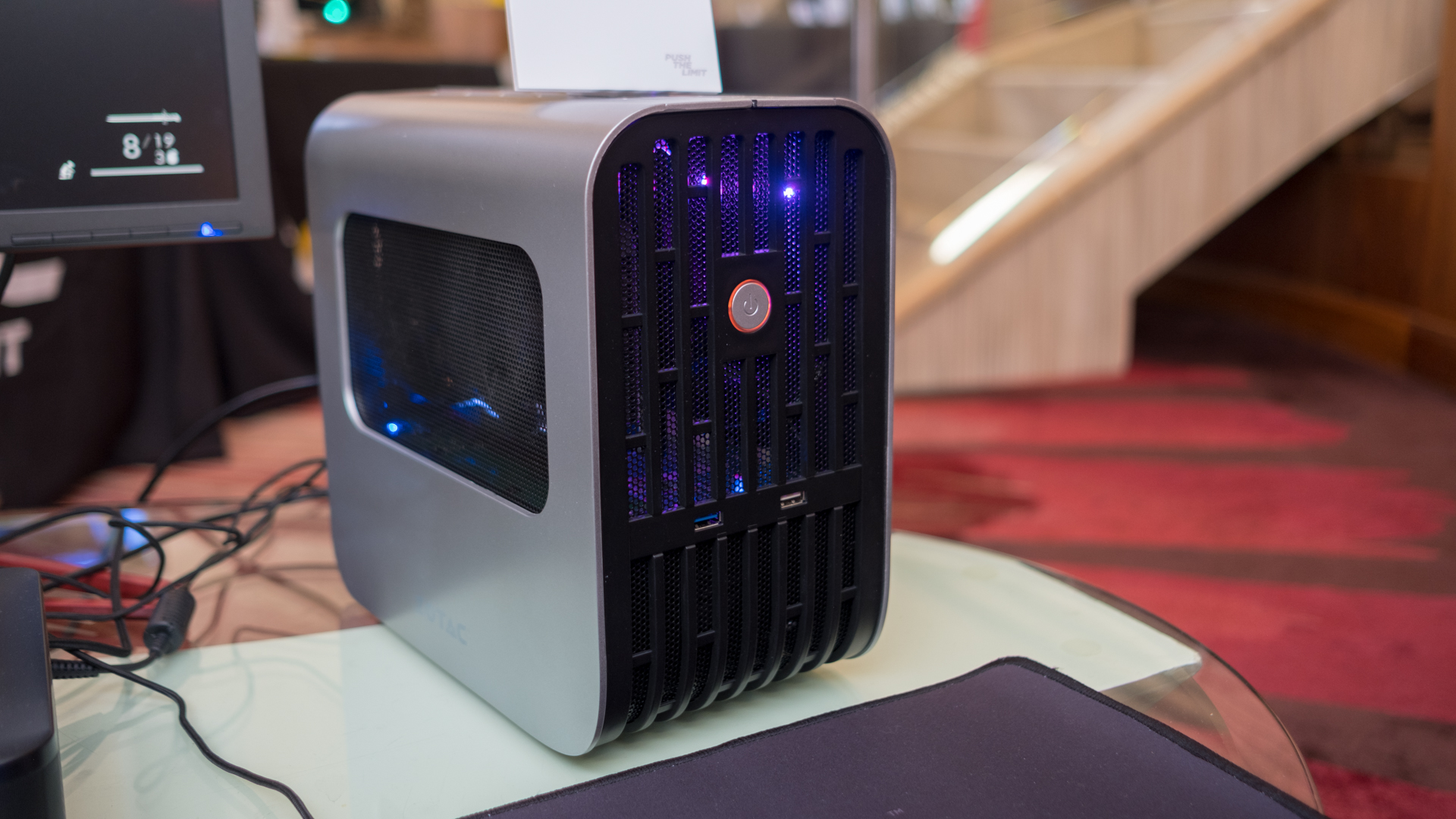 We’ve seen prototypes of Zotac external GPU box for well over a year now, so it was exciting to finally see it in its final form at CES 2018. Unlike the Razer Core and Asus ROG Station 2, the Zotac AMP Box is quite a bit smaller and designed for only mini GPUs. That said, this is one of the finest GPU boxes built completely out of aluminum while also featuring a fully customizable RGB lighting setup. 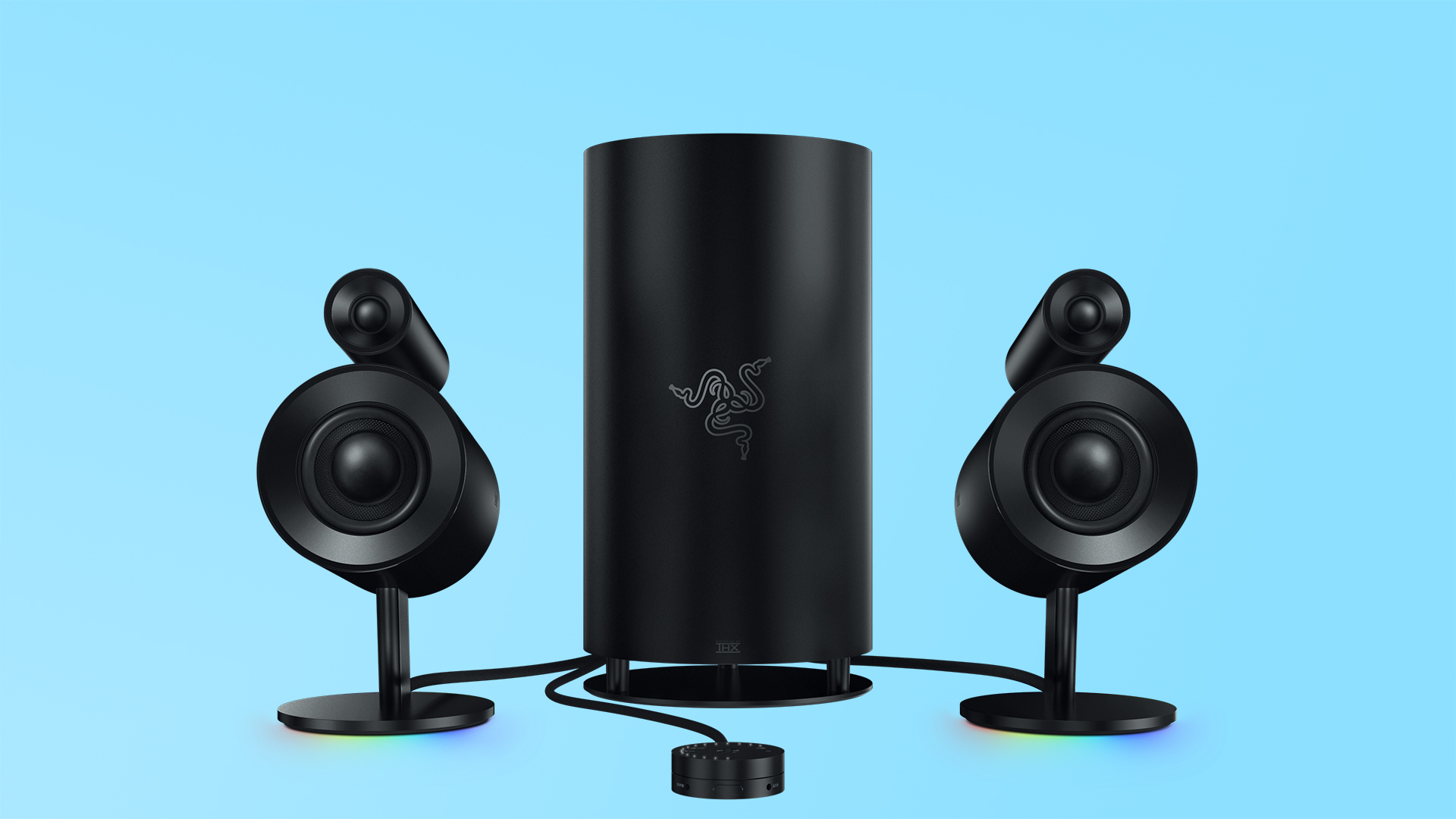 Meanwhile, a cylindrical downward-firing subwoofer is designed to generate airflow for consistent, deep tones. Put all together, it’s one of the fullest-sounding and loudest PC gaming speaker systems we’ve ever heard. 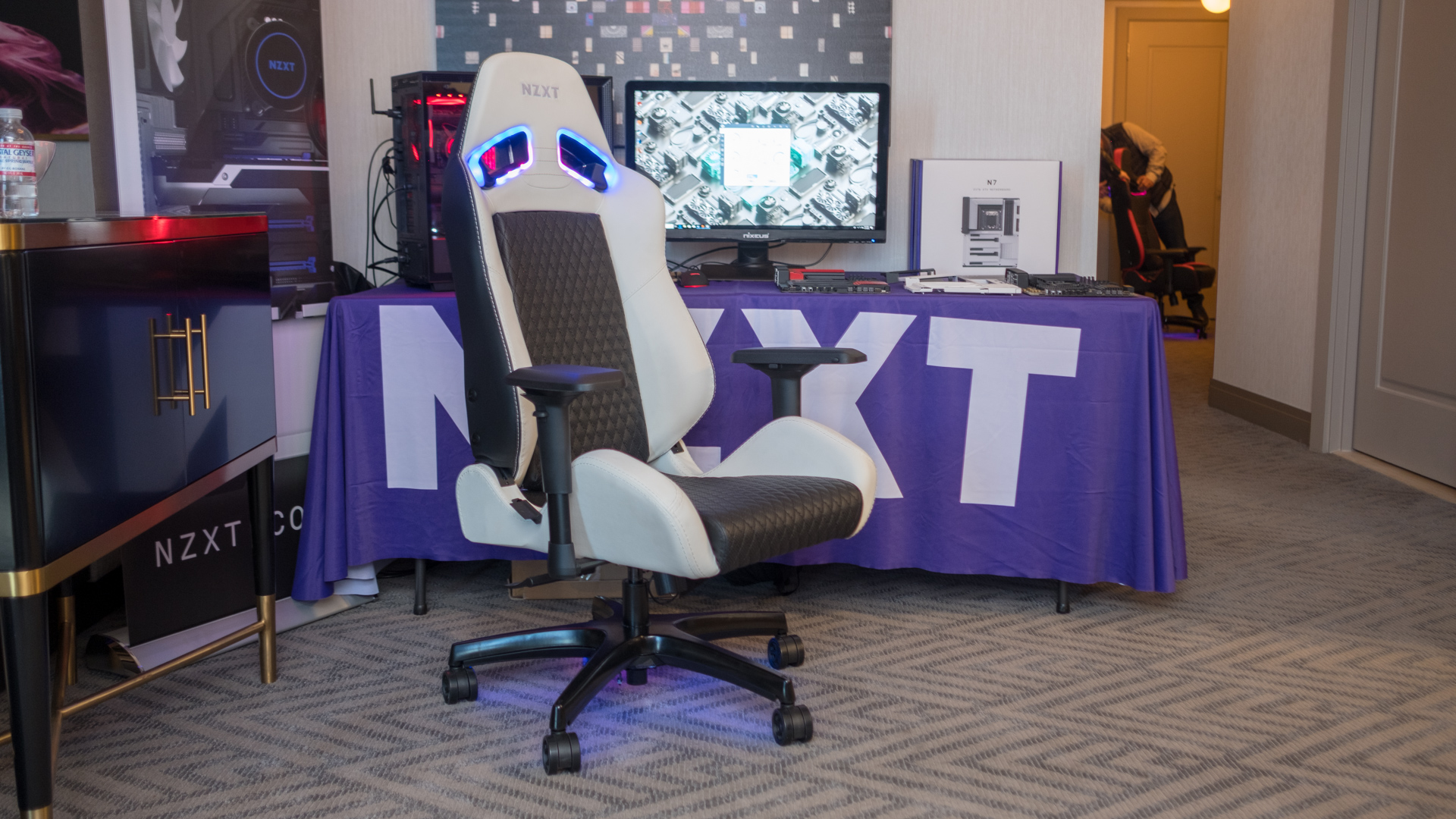 We never thought it would be possible, but Vertagear has integrated RGB lighting into a gaming chair. The PL4500 RGB comes with lighting built into the harness through-holes and underneath its base for an underglow effect. The whole thing is powered by batteries – that Vertagear claims can power its RGB gaming chair for 30 hours – and it can even wirelessly sync effects and colors to your PC through NZXT CAM. It’s the perfect piece of furniture to complement your RGB lit PC, keyboard, mouse, mousepad and room lighting. 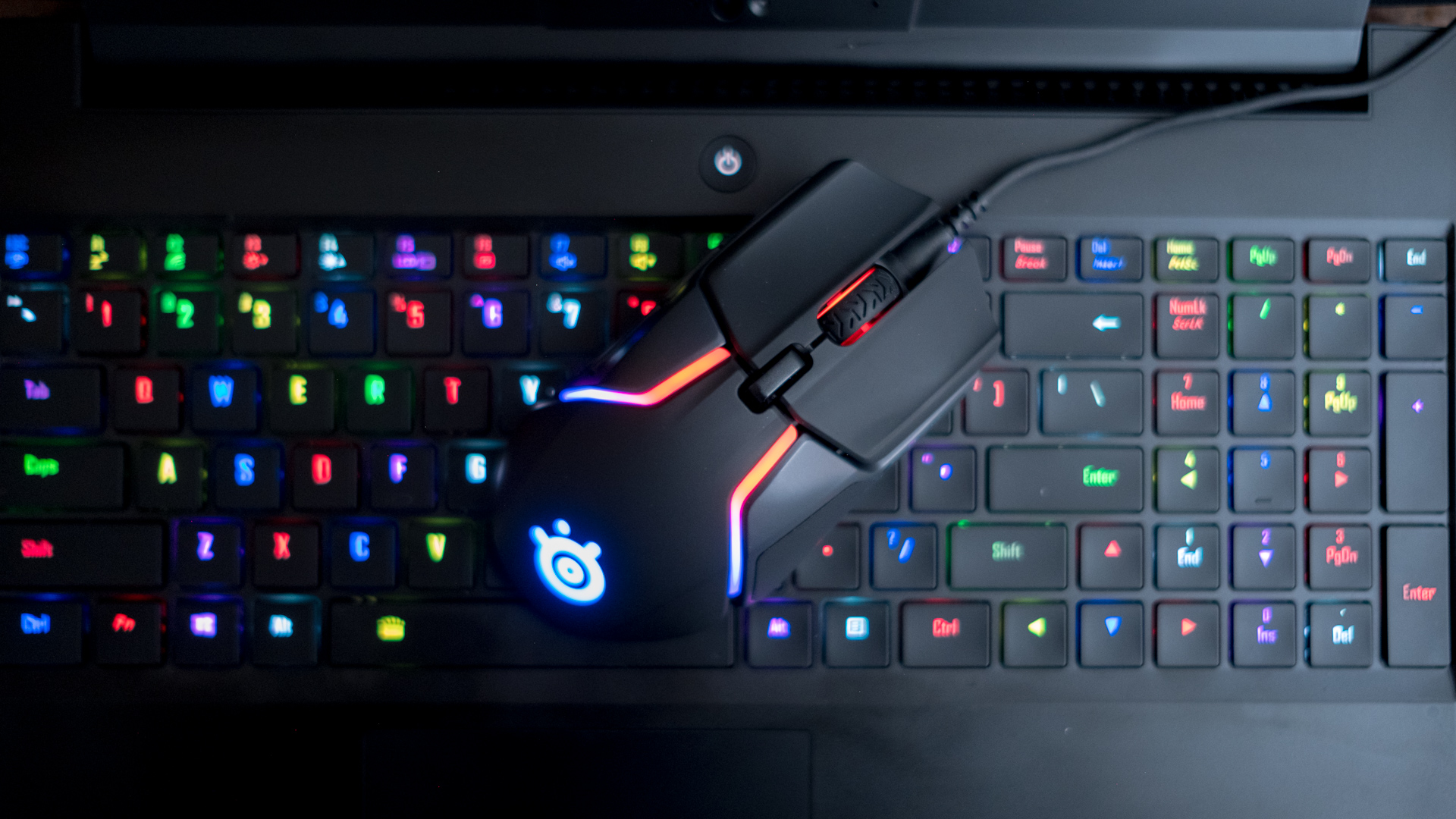 The SteelSeries Rival 600 is one of the first dual-sensor gaming mice we’ve seen. Going with two sensors not only makes it more accurate, it also reduces sensor drifting when you lift off with your mouse. This gaming mouse also comes with eight 4g weights, allowing users to increase its weight from 96g all the way to 128g. 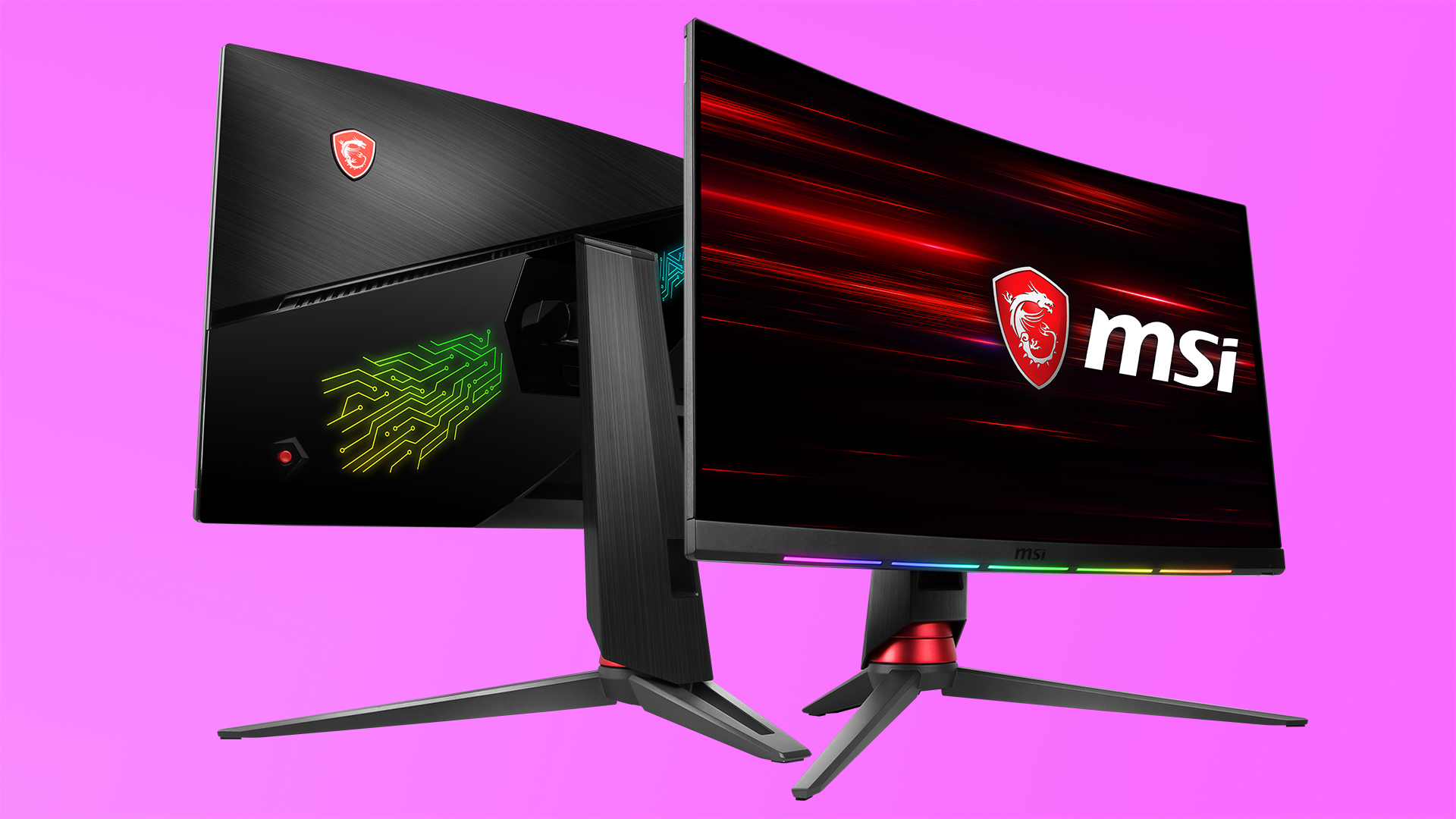 We’ve seen RGB lighting come to gaming monitors before, but the MSI Optix MPG27CQ might be the first display to actually put it to good use. Rather than putting the lights behind the screen or give monitors an underglow effect, they’re right below the panel. This way users can set lights to signal ability cooldowns and other in-game timers or Discord chat notifications. We’ve seen the same sort of utility come to keyboards, but it makes much more sense to get this information on a monitor you’re already staring at.