The wearables of Star Wars, and their nearest real-life equivalents
12dic

Last year we visited the Star Wars Identities showcase ahead of the launch of Rogue One – and with The Last Jedi just days away, we're republishing and updating our guide to the greatest wearables in the Star Wars universe.

The Star Wars universe has always been rich pickings for lovers of technology, with the world George Lucas built back in 1977 resplendent with lightsabers, AT ATs and the Millennium Falcon.

But, let’s face it, the likelihood of getting your very own laser sword is pretty small and we’re yet to come up with a Tie Fighter let alone an Imperial Star Destroyer.

Fortunately, Star Wars has plenty of tech that looks a little less future flung and we realised that, of all of the gadgets, the wearable ones were definitely shaping up to be the least far, far away from reality. 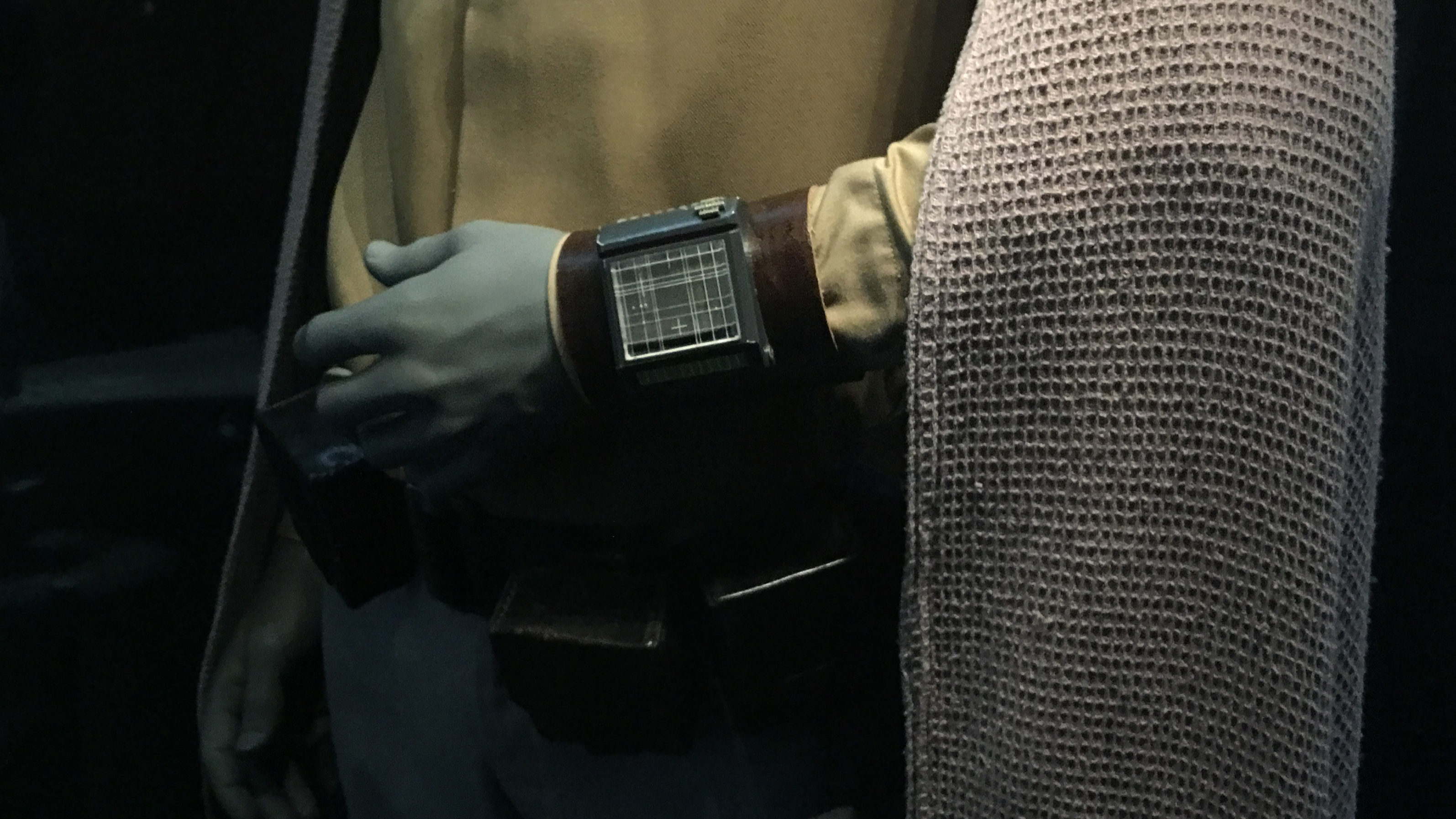 Lando was definitely at the vanguard of the smartwatch revolution, with his watch handily allowing this lovable rogue to keep an eye on Cloud City after winning control of the mining outpost through gambling. It also appears to come pre-installed with the Lobot app, allowing Calrissian to communicate with his lobotomised aide Lobot and get him to facilitate the city's evacuation after the double crossing of Darth Vader.

Nearest equivalent: Although the manipulation of lobotomised people through wearables is largely frowned upon on Earth, the smartwatch has at least given us a little glimpse into the world of manipulating the universe from our wrist. The Apple Watch is probably the most famous smartwatch, and we recently reviewed the Apple Watch 3. 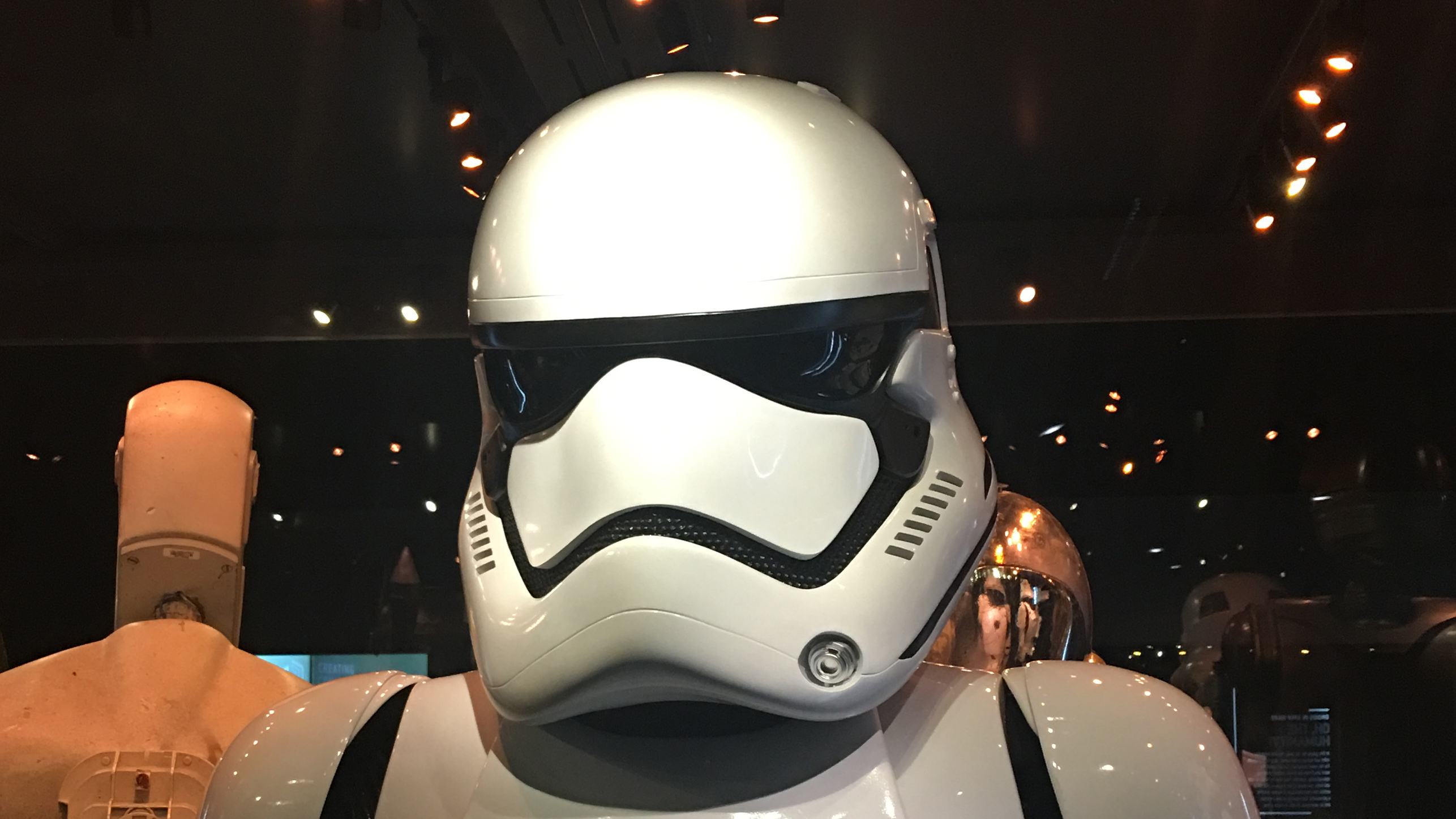 The age-old question of why do StormTroopers wear armor when it gives very little obvious protection to the ubiquitous blaster has never been truly adequately answered – although the suggestion is that even a wookie can’t break the shining white costumes. That said – The Force Awakens brought us (very cool) updated armor that filters out smoke (but not toxins) as well as does some other funky stuff.

Nearest real world equivalent: If you’re not looking to fend off attack from Wookies you can probably excuse the lack of a full suit of Stormtrooper armor (although you can actually buy plenty of the bits from Amazon). However, smart helmets are becoming a big thing (see also our Rebel Pilot entry later in this piece). We’re going to pick out Livall’s cycle helmet  which offers up turn signals (rear indicators), a Bluetooth speaker and hands-free phone functionality as well as an SOS alert that may, or probably may not, call the nearest Tie Fighter squadron to your aid. 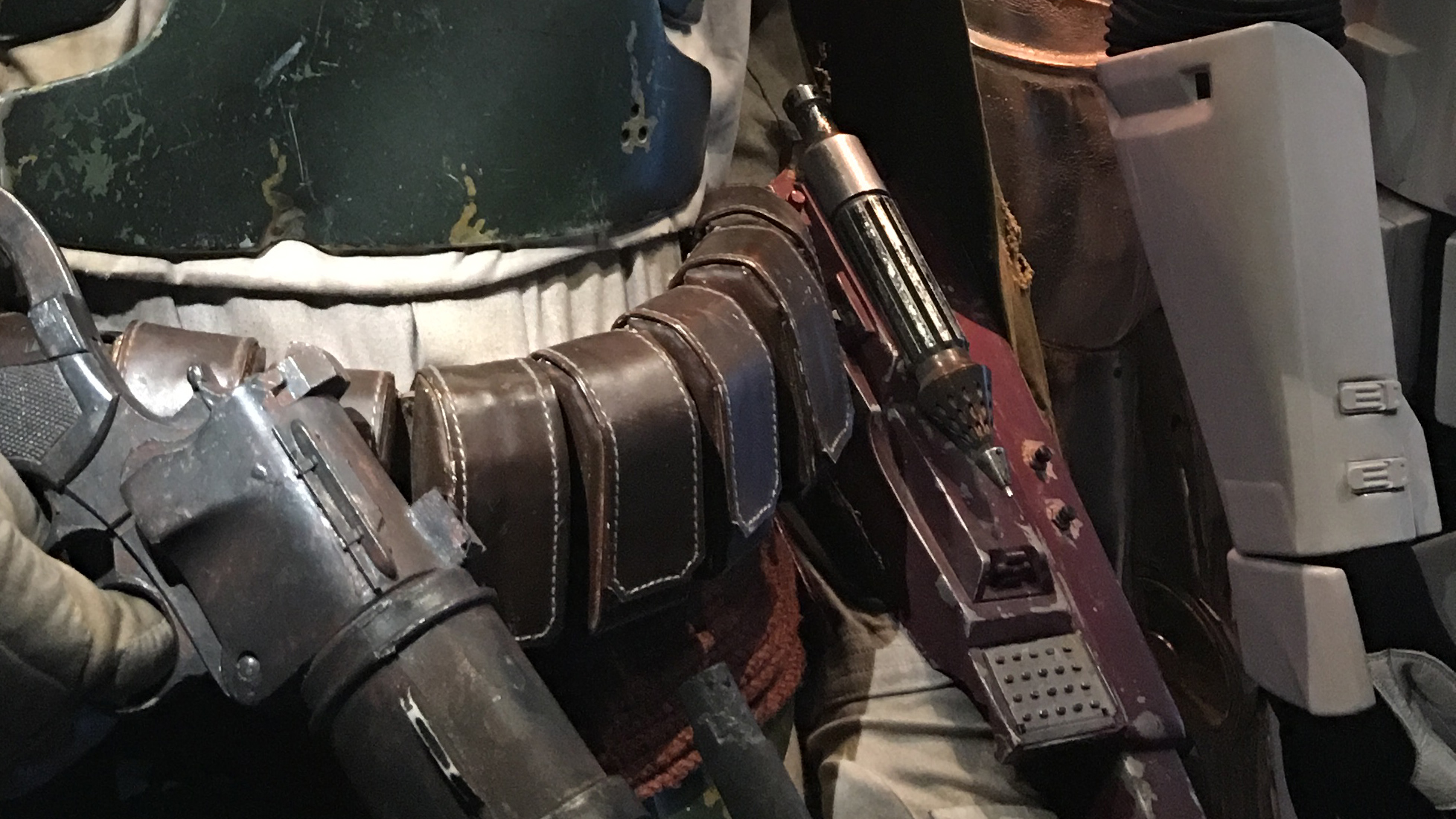 Okay, watch is probably pushing it – and checking the time is probably a little more fraught when you are effectively pointing an explosive projectile at somebody. But there’s something annoyingly cool about having a rocket firing wrist-thing even for an avowed pacifist. I mean, can you imagine the reaction you’d get at a fireworks display? We reckon that Boba made these gauntlet thingimijigs with a 3D printer and installed the requisite laser beam (obviously), whipcord firing thingy and, of course, that rocket launcher himself.

Nearest equivalent: Sadly, Nerf discontinued its ‘Wrist Blitzer’ back in the 90s, and real rockets/whipcord firers and, frickin’ laser beams are cruelly excluded by the vast majority of governments. So, how about picking up the Dial smartwatch straight from the mind of (music) auteur Will.I.am? It has a similar homebrew quality, it will definitely repel the vast majority of people as effectively as a rocket, and you can probably tie a cheap pocket laser pointer to it without ruining its elegant lines. 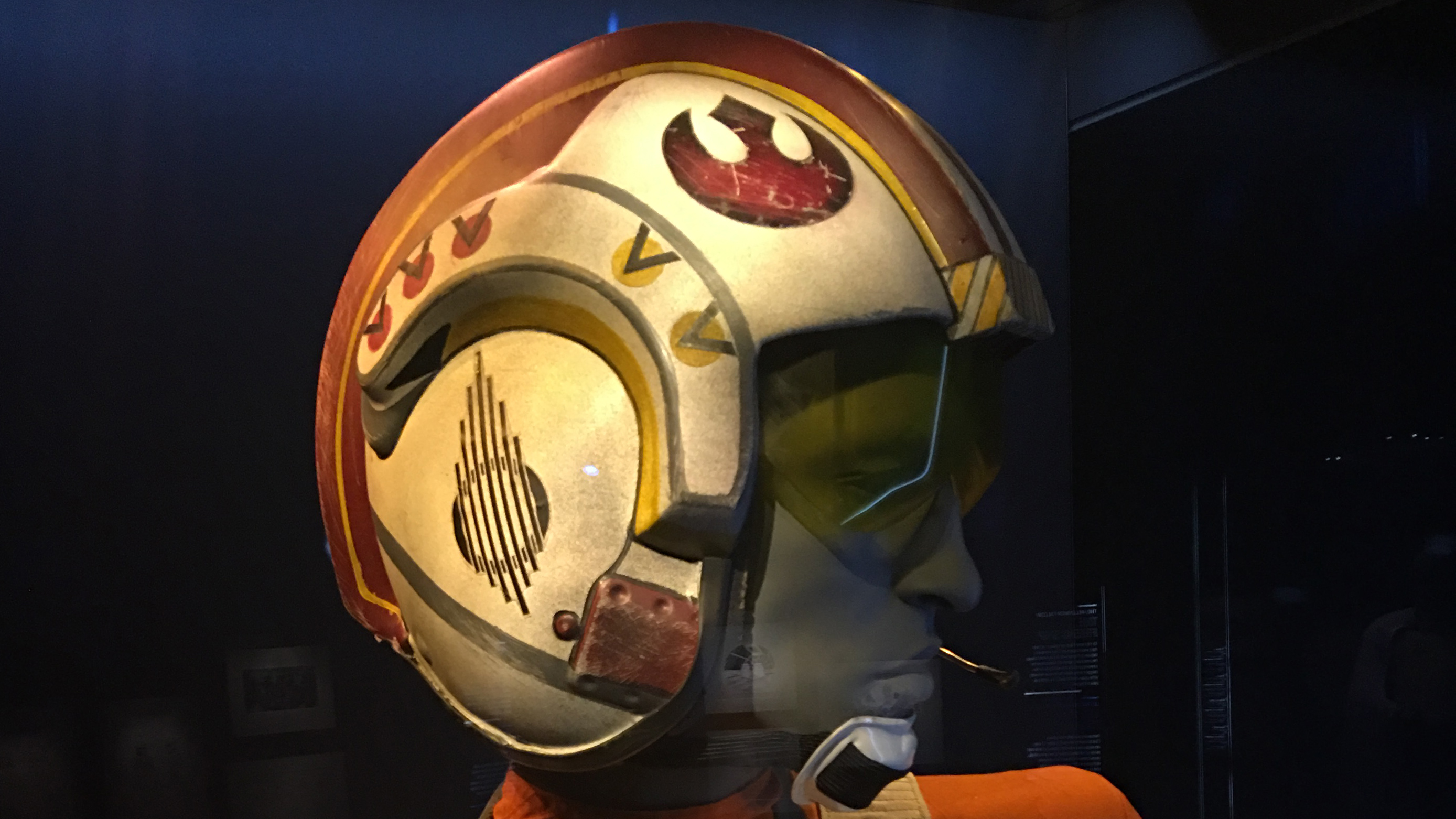 Yep – hats and watches are going to dominate the list – and you might think that the Rebel Pilot helmet is a fairly low tech entry in our Star Wars wearables. Indeed, the retro tech of a long time ago couldn’t even jam a targeting computer into the helmet (not that it would particularly help with any vents/womprats etc). However, we can make some broad assumptions that they (probably) contained some form of heads up display, and communications equipment, and you definitely wear it…so WE’RE HAVING IT OKAY?

Nearest equivalent: Heads up displays and AR are beginning to make a real impact, so we've picked out the Microsoft HoloLens.Yeah, it'll set you back a few thousand at the moment for the 'development' edition, but guys this AUGMENTS reality. 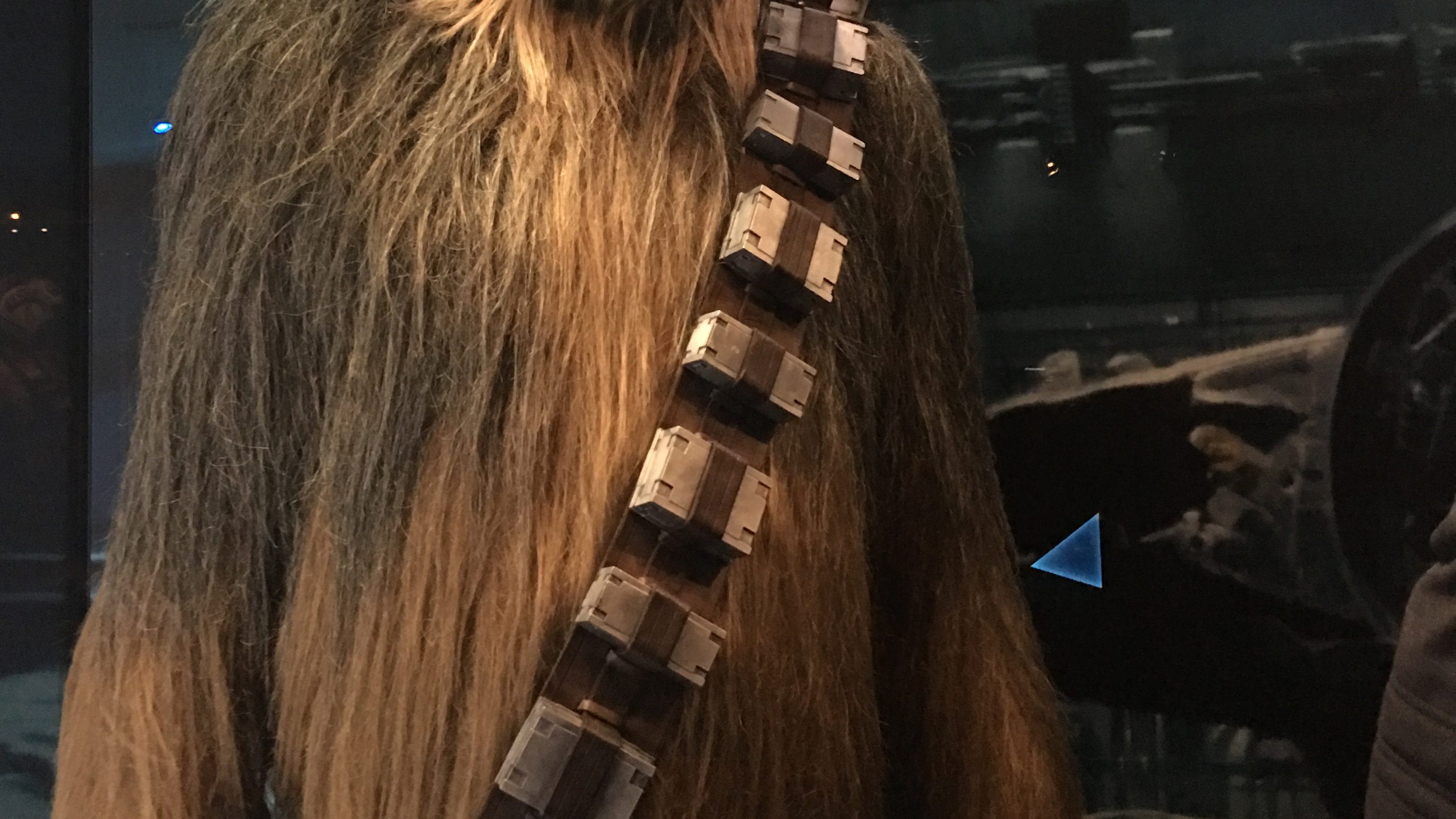 The world of Star Wars is overflowing with utility belts, and we’re definitely going to have to embrace the bandolier if we want the full range of action add-ons that every well prepared galactic explorer needs. Chewbacca’s bandolier is a bit of a mystery, and although we assume it contains ammunition and dull stuff, we’d also like to think it’s where any self-respecting Wookie keeps his electro-comb. Luke’s stormtrooper utility belt has a rope attachment that is simply the best for Death Star swinging, and Boba Fett’s probably does something dangerously awesome like inducing vomiting in the Sarlacc (wishwishwishwish). 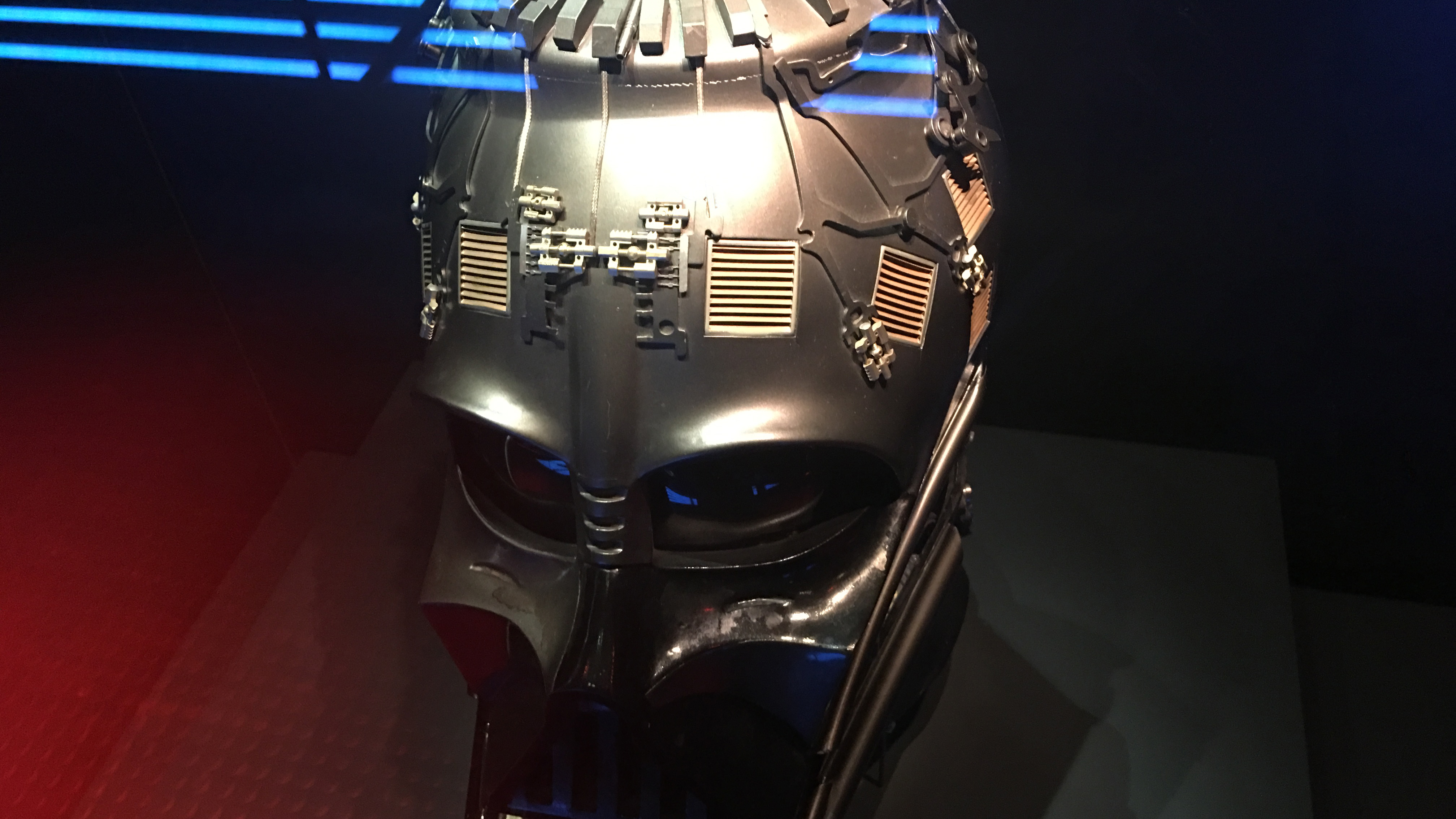 Limbs in the Star Wars universe are fairly easy to replace, but losing practically all of them and also having your airways seared by lava is enough to cause some fairly hefty health problems for anyone. Fortunately for Anakin Skywalker, the evil Emperor was on, ahem, hand to reconstruct his padawan in a daunting suit of black armour bedecked with everything a lung-lite Sith will need to keep on moving.

Nearest real life equivalent: There is some genuinely awe-inspiring work being done on medical prosthetics. The worlds of 3D printing brings cheap and easy personalisation – allowing for personalised fittings to be produced, and the motor functions and level of control are going through rapid improvement. 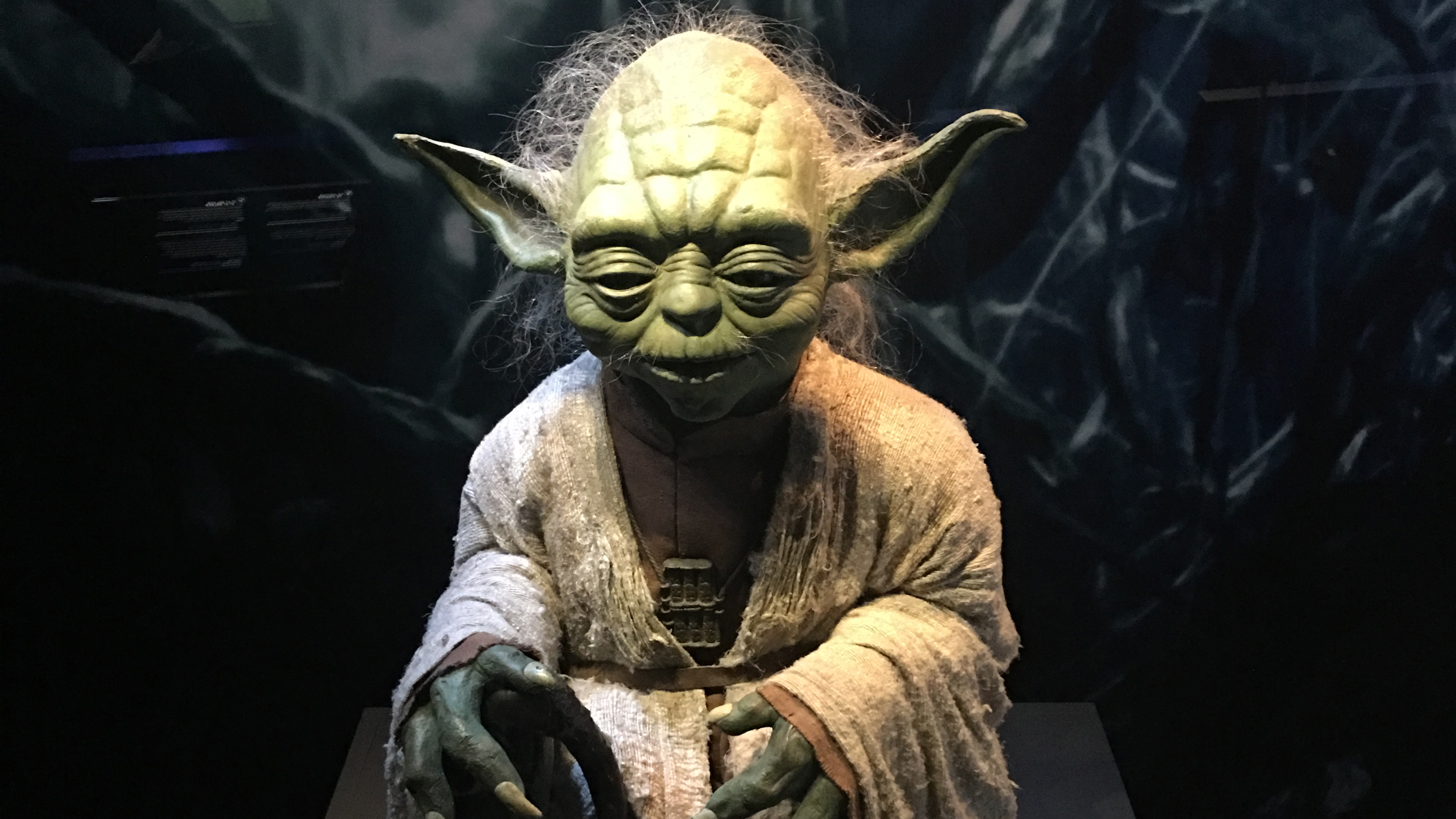 If you absolutely must choose some form of useful backpack, then we’d definitely recommend a Jedi master who can lift an X-Wing out of a swamp with just the power of the force, or finish your Jedi training using rocks.

Nearest world equivalent: A backpack would be less useful for spaceship recovery but definitely provide more storage space, but the current market leader in force wearables is, in fact, the Force Band which can be used in conjunction with Sphero’s brilliant BB-8 battle droid to propel your little friend with just the power of your mind*