Welcome to another crass collection of movies that you really shouldn't be watching this weekend.

We are now into our 10th edition of Not On My Watch, which means there's some 40 truly terrible movies you can now read about – just check out the gallery of the grotesque below to see what we've been wasting our lives viewing over the last few months.

Even though we have hit 40 films in our search for the worst film to stream of all time, the list of crap we could put in this feature is seemingly endless.

That's the thing about streaming services, while there's many a brilliant thing on show, dig deeper and it becomes a bit like the opening scene of Blue Velvet.

1. A Nymphoid Barbarian in Dinosaur Hell 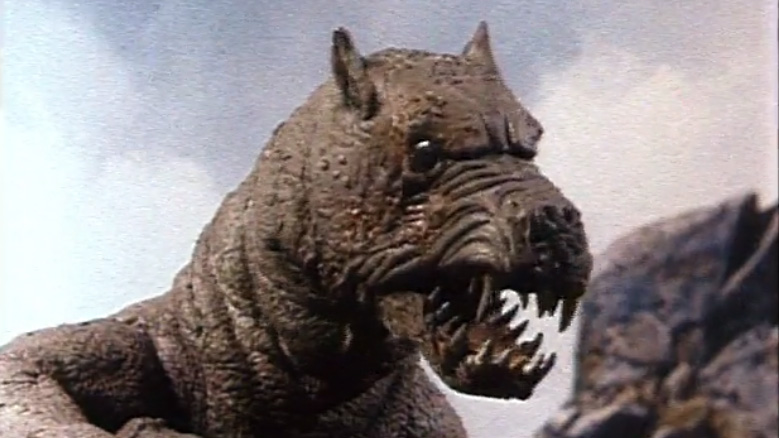 The Premise: A nymphoid barbarian finds herself in dinosaur hell, thanks to a world-changing event involving some terrible stop-motion animation.

As titles go A Nymphoid Barbarian in Dinosaur Hell is up there. It definitely got a click from me. But, and I hope I don't come across as picky here, some things don't exactly add up.

For a start, there's no such thing as a nymphoid. The filmmakers must have accidentally merged two words together; in this case we're guessing nymphomaniac and typhoid. Which instantly makes this movie sound less sexy.

And there's no dinosaurs in this movie. The awful stop-motion beings are weird mutant things – it's even mentioned in the breathy voiceover at the beginning: "They changed our pets and livestock into ghastly mutants". So don't go trying to tug on our Jurassic Park memories and mention dinosaurs in your title, it's just not on. It's almost as if they made the movie – shock, horror – then gave it a title.

Yes, this is a Troma production but even by their standards it's pretty terrible. Kudos, though, for breaking up a near silent movie with an almost complete rendition of Lewis Carroll's The Jabberwocky about 30 minutes into the film.

It almost made us think we were watching something arty for a second – if it wasn't sandwiched between a scene of some mutants scavenging on a beach and the titular barbarian catching some sun in a fur-lined bikini. 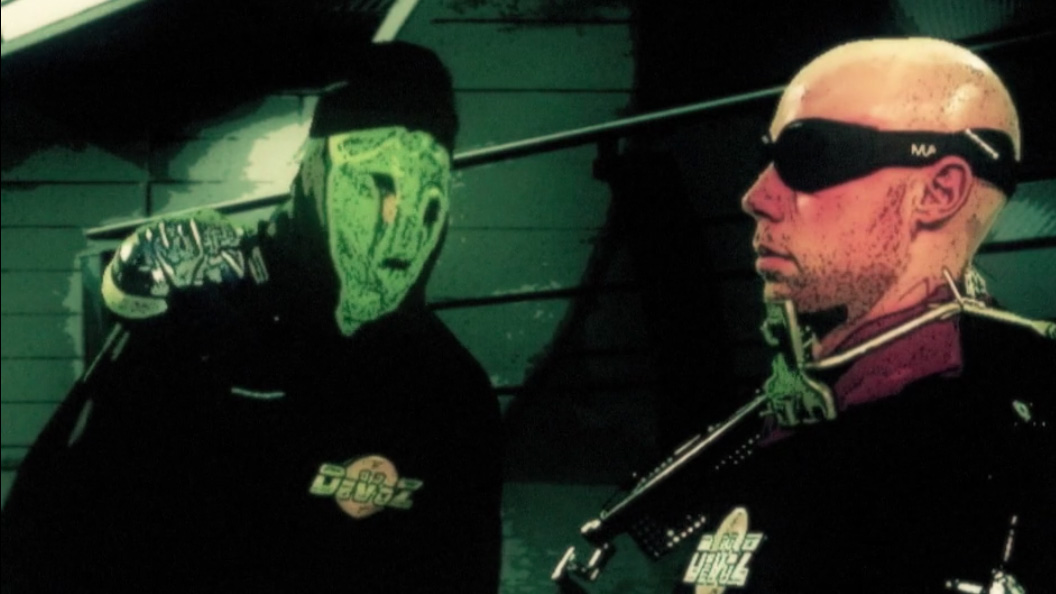 The Premise: Warring factions try and take over a world that's already been beaten up by four atomic holocausts and two ice ages. Just give the world a break guys, geez, it's been through enough.

If this is the future of the world, then stop this ride I want to get off. Shot on a shoestring budget and put through a filter that makes it look like a Mad Max movie colored in by a five year old, Future World: City Of Mass Destruction is as incoherent as it is unwatchable, as annoying as it is garish.

It's not actually a feature-length film but three 30-minute mini stories stitched together, creating a Frankenstein's monster of a movie about a ravaged world that's survived four atomic holocausts and two ice ages – making Future World the cinematic equivalent of a cockroach. 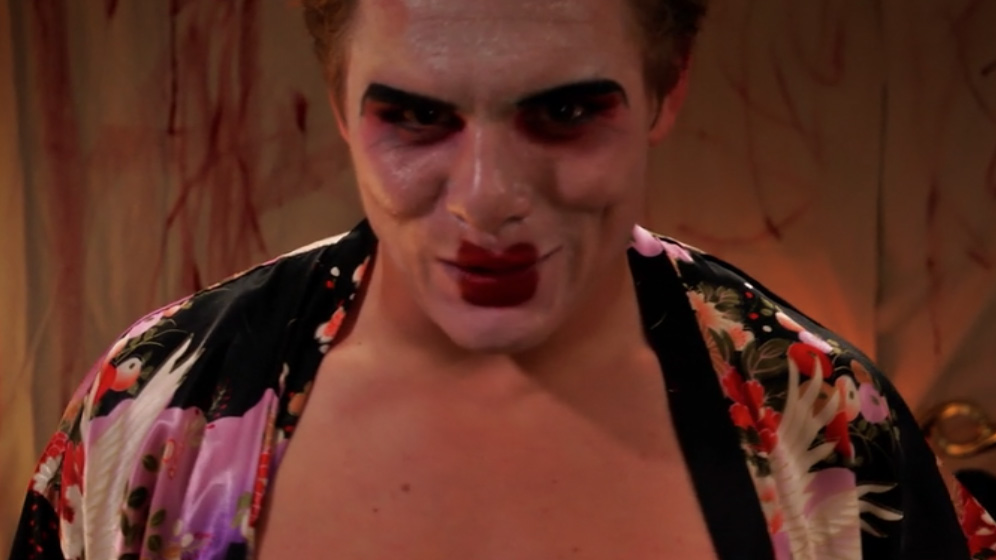 The Premise: Two fratboys really want to impress a girl who is obsessed by ghosts so they pretend their house is haunted and accidentally summon the ghost of an Asian sex worker.

I understand what the makers of Ghost Team One are trying to do here. Just as Scary Movie roundly mocked Scream, Ghost Team One has been made to take a couple of pot shots at Paranormal Activity. The funniest thing about this movie, however, is that Paramount actually gave it a small theatrical release.

Ghost Team One is a mixed bag of dick jokes, scatalogical humour and weird racial slurs – ending in a conclusion that sees a fully grown white man pretend to be possessed by a Japanese sex worker. Yes, it's as bad and as unfunny as it sounds.

If you actually get to this bit, you'll end up wishing that the found footage in this movie was lost forever.

4. Sinbad of the Seven Seas 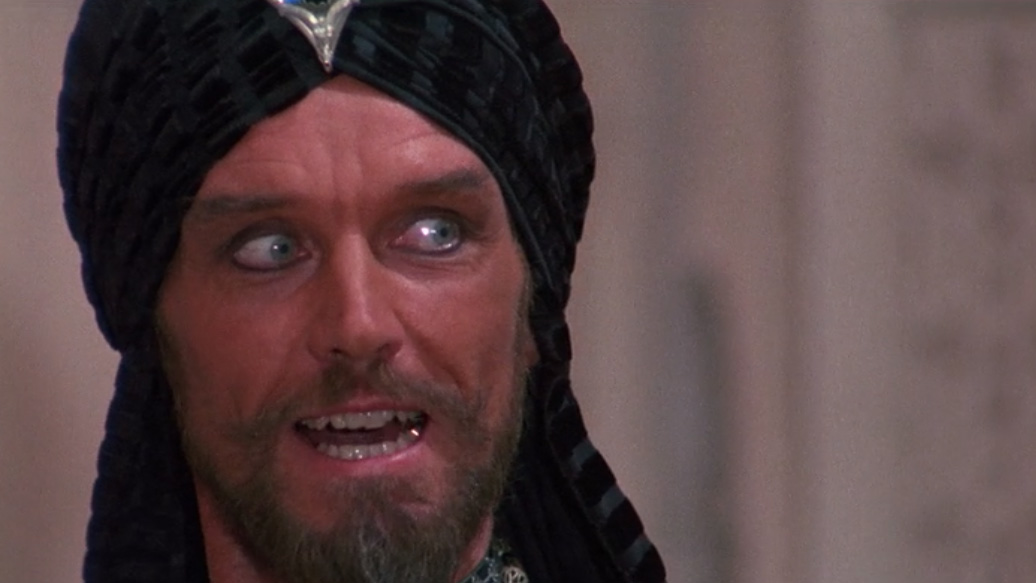 The Premise: Sinbad, of seven seas fame, is out to save a princess who has been taken captive by the evil Jafar.

I should have seen this one coming, given the title has got the words 'sin' and 'bad' in it. Cannon movies has come up trumps again with this travesty of a film. The original Incredible Hulk, Louis Ferrigno – who had already been burned twice by the production company playing the muscle-bound Hercules in two awful movies about the Greek god – stars as Sinbad, a prince who must fight his way through a bevy of scenery chewers to save his princess.

Ferrigno does his best in a film that sees him for the most part struggle with rubber props – including snakes and swords – and at one point inexplicably fight himself, which must be a metaphor for something but my brain's too fried to figure it out right now. All while John Steiner as Jafar just shouts "a-ha" and dances around a bit.

There's also a scene where he's stuck in an electric cage, which might the funniest scene featuring a cage since Nicolas Cage and the bees in The Wicker Man remake.

Marc Chacksfield is a former film journalist (and TechRadar's global managing editor) who is already regretting agreeing to watch terrible movies for the sake of his column Not On My Watch.