The world of TVs is dominated by a small number of big players. Particularly in the high-end, the likes of LG, Sony, Samsung and Panasonic are constantly vying for control with a selection of sleek and shiny panels which get brighter and slimmer with every passing year.

Toshiba isn’t a company that people immediately think of when televisions come to mind, but the company is hoping to change this with its new range of 2017 televisions, which features the company’s first ever OLED.

Since the idea of an affordable OLED is always a tempting prospect, let’s start with that, Toshiba’s 65-inch X97 series, or the 65X9763DA if you want to get specific.

The Toshiba X97 OLED sits at the top of the company’s 2017 TV lineup. There’s just one size of TV available, 65-inches, which makes sense given that this is the size of TV that reportedly makes manufacturers the most amount of money (whereas 55-inch sets are the most popular).

The set is capable of showing off 10-bit color (the depth of color found in the HDR10 standard), 99% of the DCI-P3 color space, and impressively the company is also promising that it has a response time of less than 1ms, which should be great for gamers.

But it’s here that the good news runs out. Despite offering the same color depth of the HDR10 standard, the set does not support HDR, which we’d argue is an essential part of even mid-range televisions these days. 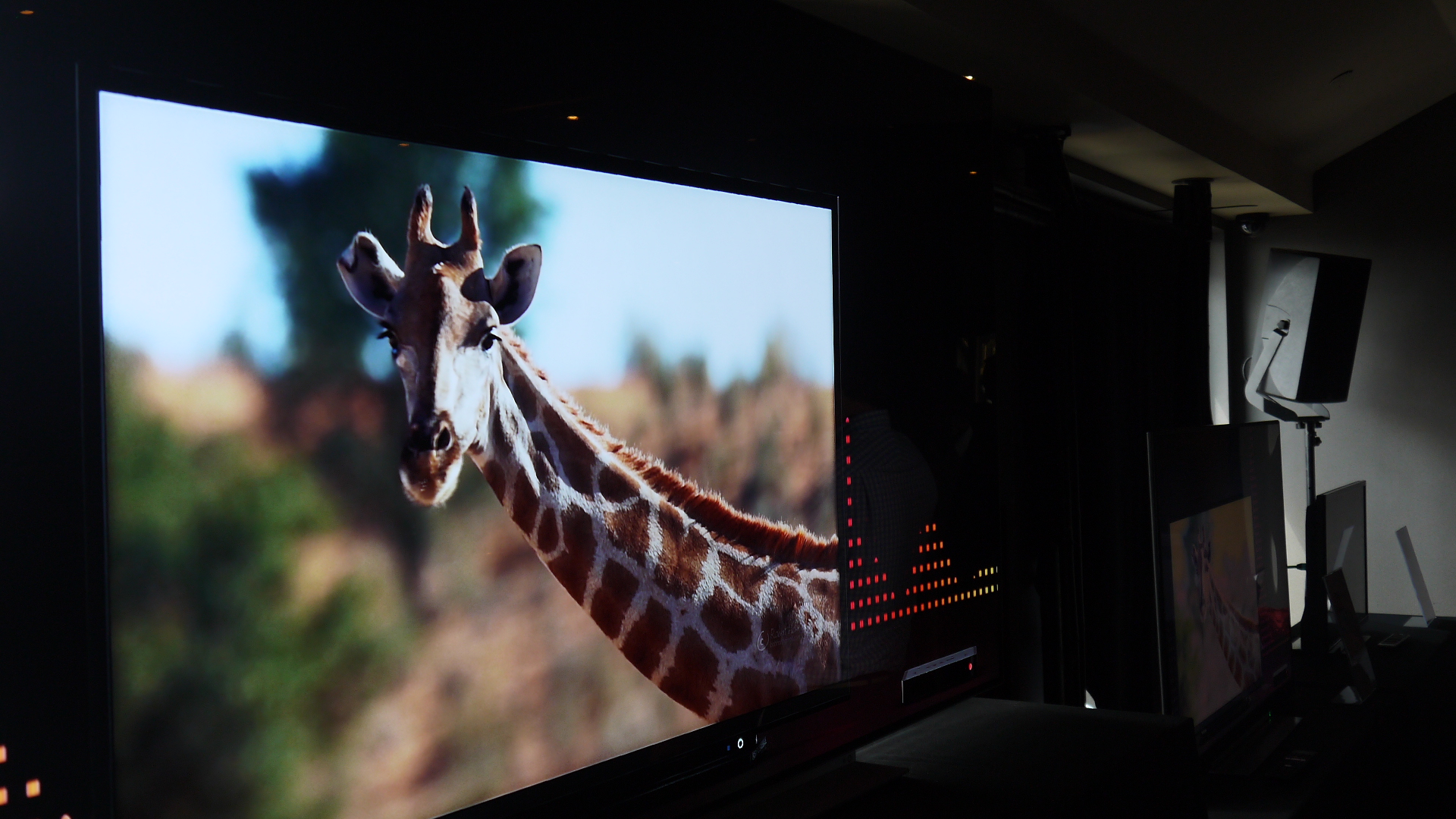 Toshiba was also quiet on which operating system the set would support. We were told that the set would run on Toshiba’s own smart portal, so it’s currently unclear how wide ranging its support for various apps will be.

Netflix and YouTube are explicitly mentioned as being supported, but no word yet on Amazon Prime Video or BBC iPlayer for example.

Let’s address the elephant in the room. Despite Toshiba positioning the X97 as an OLED ‘value option’, the company hasn’t yet confirmed exactly how much the set will retail for.

And that’s a shame, because how cheap this set ends up being will play a large part in how good a deal it is. This is not a premium set, filled to the brim with all the bells and whistles of an LG OLED, but if it ends up being significantly cheaper than LG’s cheapest OLED, the £3000 55-inch B7, then it could be a great affordable entryway into a TV technology that’s been struggling to break into the mainstream for years.

But, of course, with LG currently supplying the OLED panels for all of its competitors, there’s only so much Toshiba will be able to do to compete on price. 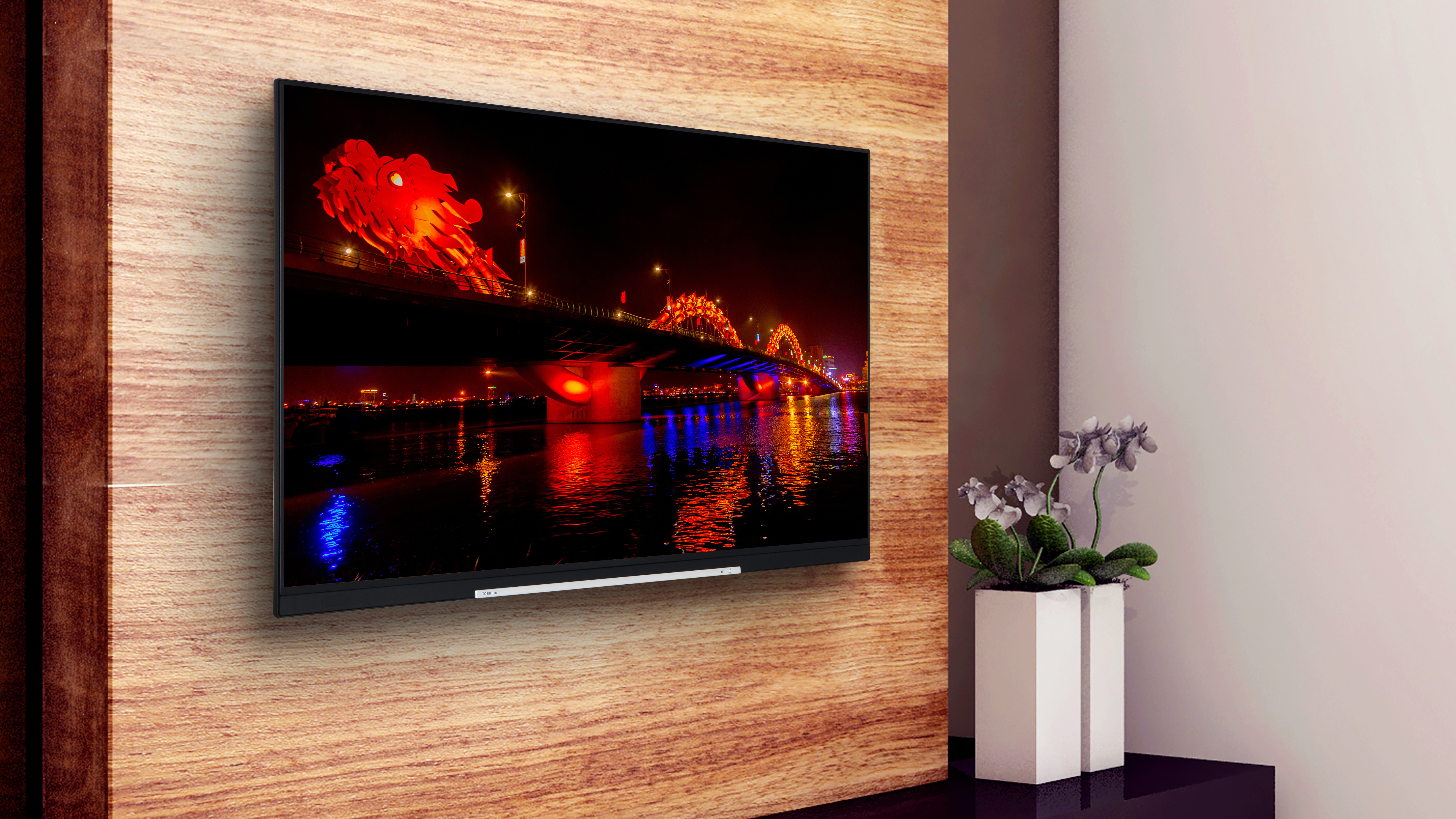 Alongside the X97, Toshiba also had four other ranges to show off: the U77, U67, the Smart Series, and the Entry Series.

With the U77 you’re naturally losing the OLED panel, but retaining the 10-bit color depth. The set is available in 49 and 55-inch sizes, covers 99% of the DCI-P3 color spectrum, and comes equipped with 4 HDMI ports.

Stepping down to the U67, you lose the wide color gamut, but maintain the Ultra HD resolution of the more expensive ranges. The U67 range is available in four sizes ranging from 43 to 65-inches, and also has 4 HDMI ports.

Finally comes the budget ranges. Both the ‘Smart’ and ‘Entry’ ranges are made up of a mix of Full HD and HD ready sets, and are sized between 24 and 55-inches. The smaller sets up to the size of 39-inches are also equipped with DVD players, although there’s no sign of a Blu-ray player that would allow you to make the most of the Full HD panel. You’ll also have to put up with just 3 HDMI ports.

Of course, with Toshiba focussing so heavily on making their sets the budget TVs to beat, we’re going to need to see pricing before we can establish whether they’re worth the compromises that entails.