What is BT Openreach? Everything you need to know
03jul

If you haven’t heard of Openreach you won’t be alone. But you will have heard of BT, BT Broadband and BT Infinity.

Openreach is a huge division of BT, or British Telecommunications PLC, now known as BT Group. BT Openreach was established in 2006, owns the telecommunications pipework and phone cables in the UK, and employs 32,000 people.

Essentially Openreach owns the entire UK phone and broadband network – and those 32,000 employees are very busy, making around 9.5 million visits to homes and businesses a year; 25,000 per day.

The rest of BT, like other phone providers such as TalkTalk and Sky, are essentially ‘customers’ that have equal access to the Openreach network. Virgin Media isn’t included because it does not use the copper network – it has its own cable network.

What does Openreach do? 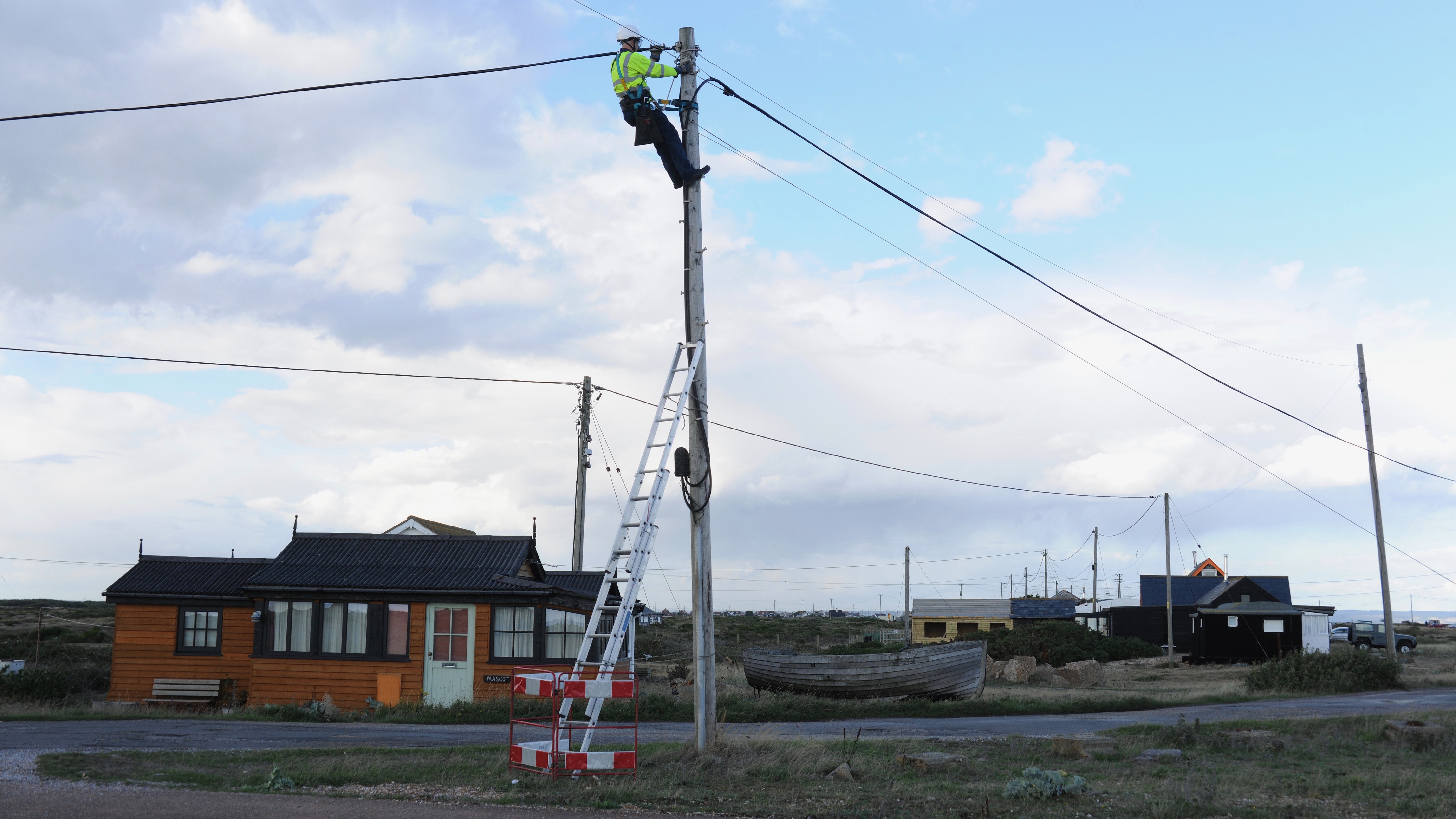 Openreach manages the UK’s local access network – this is what connects your house, the place you work and the shop down the road to the local telephone exchange and everything in between. The green cabinets you see in the street that handle ASDL broadband or phone lines? Openreach owns those.

Openreach also manages the connection between the phone lines and the other providers that connect up in the exchange.

Why does Openreach exist? 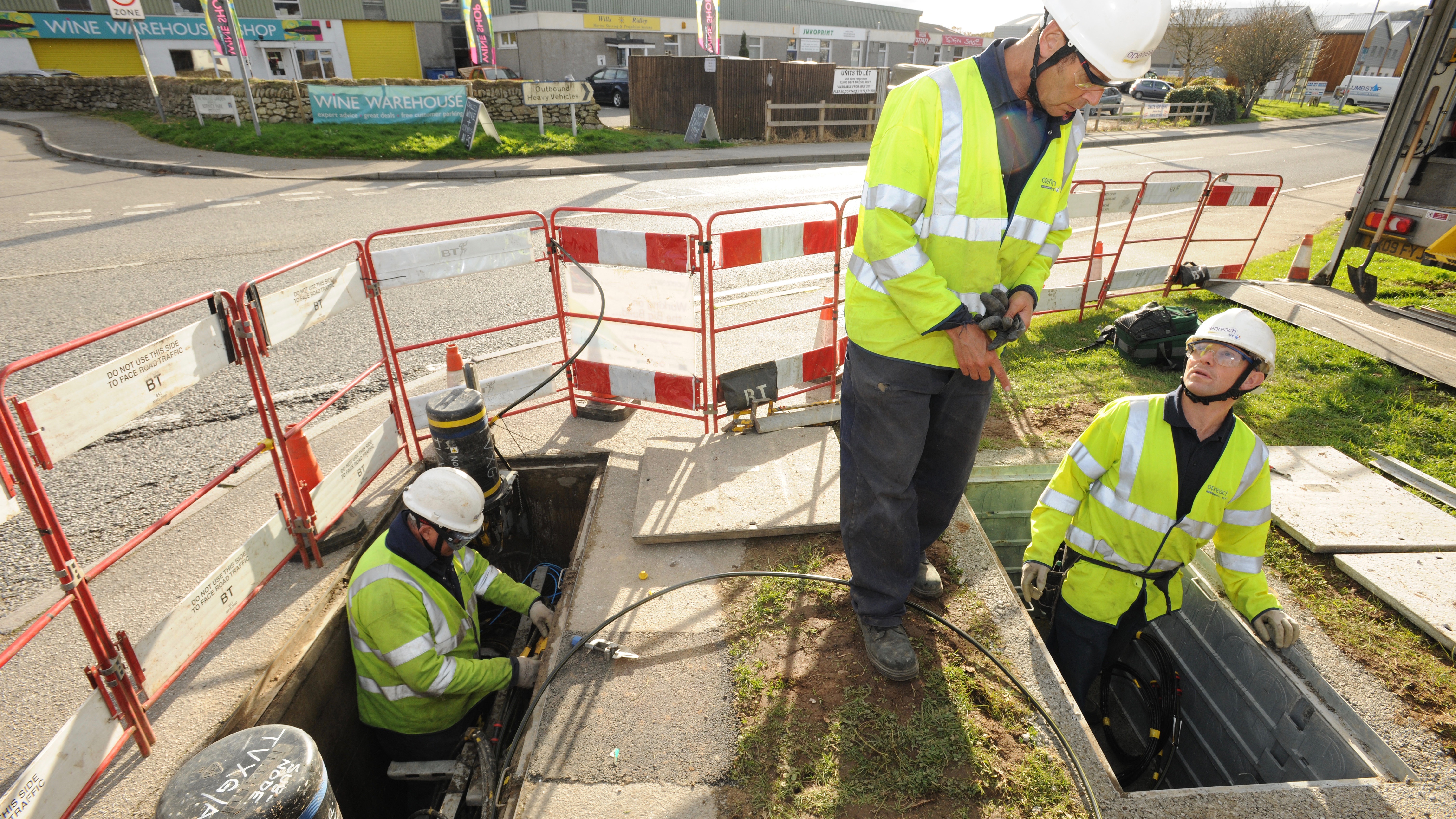 The reason why Openreach exists is that Ofcom (the UK’s telecommications regulator) needed to ensure all telecommunication providers have access to the network. The problem was that the network was owned by one major company – BT – that, naturally, was the market leader.

As other companies were – quite reasonably – keen to get in on the act during the early days of ADSL broadband, the need arose for the network to be somehow separated from BT’s phone services division. After Ofcom’s 2005 Telecommunications Strategic Review (TSR), the solution was the establishment of Openreach, even though it remained under full ownership of BT.

Over 500 different companies now sell services that run via the Openreach network.

What is happening now? 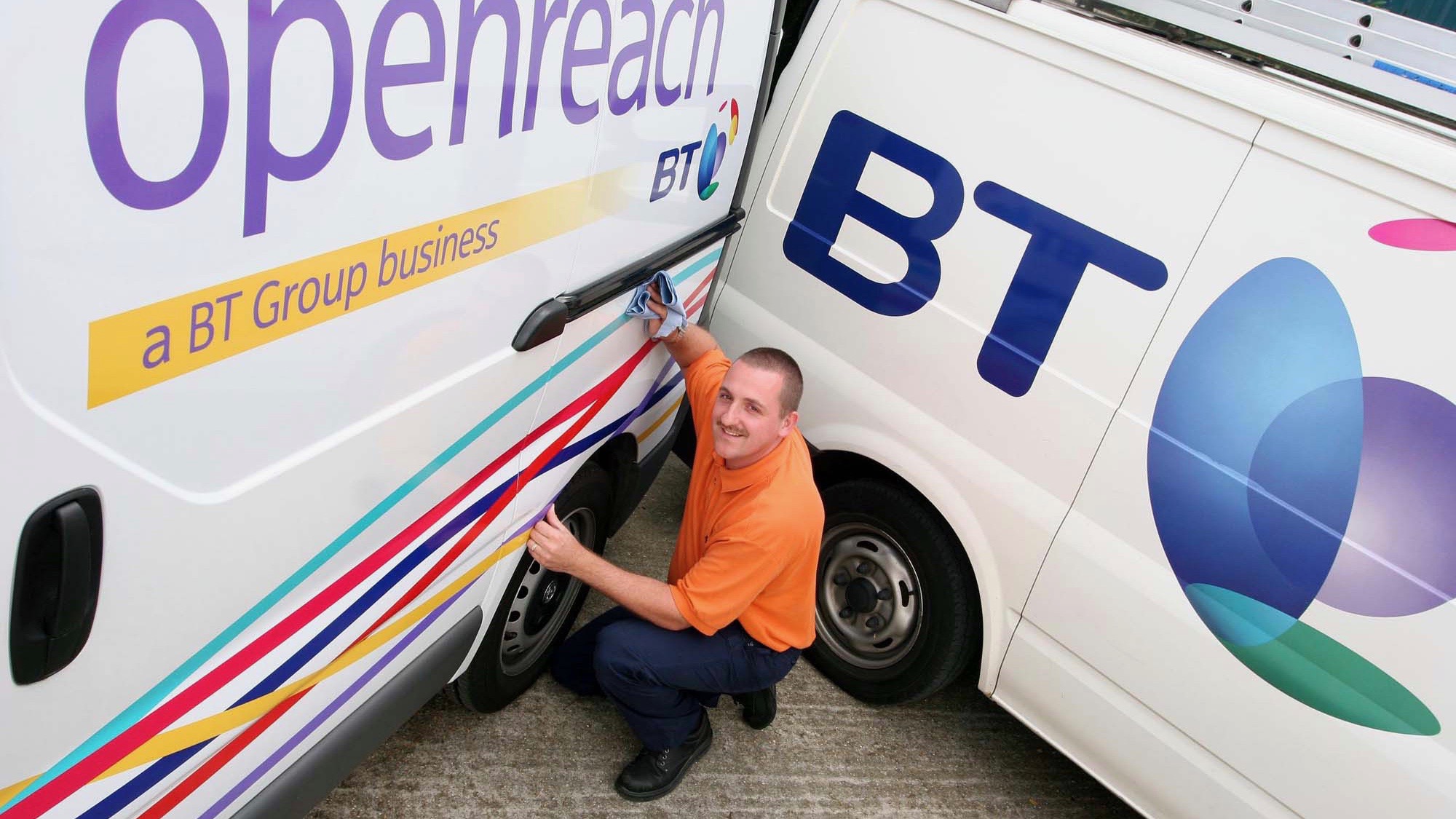 Fast forward to today and Openreach is undergoing change – BT Group agreed in March 2017 that it would spin Openreach off as a legally separate company. This was, once again, in response to a demand from Ofcom. This is happening because the arrangement – where Openreach was owned by BT Group – wasn’t working wholly well.

There have been some successes, not least the post-2010 rollout of an £800 million fibre network that has revolutionised non-cable internet connection speeds in the UK.

However, Openreach has come under criticism in Parliament and elsewhere. Rollout of fibre has been slower than was originally promised, while network investment has not been to the level it should have been, notably in rural areas – where network speeds continue to lag behind Ofcom’s minimum target of 10Mbps. This still affects over three million customers in the UK.

Customer complaints via service providers have been high (we personally know several people have have had bad experiences when moving provider or getting new lines installed or repaired because of delays from Openreach). Customers can’t contact Openreach directly, because they have to go through their service provider. Ofcom also fined BT £42 million in early 2017 for regulatory breaches over compensation payments to other telecoms providers for work that was completed late. 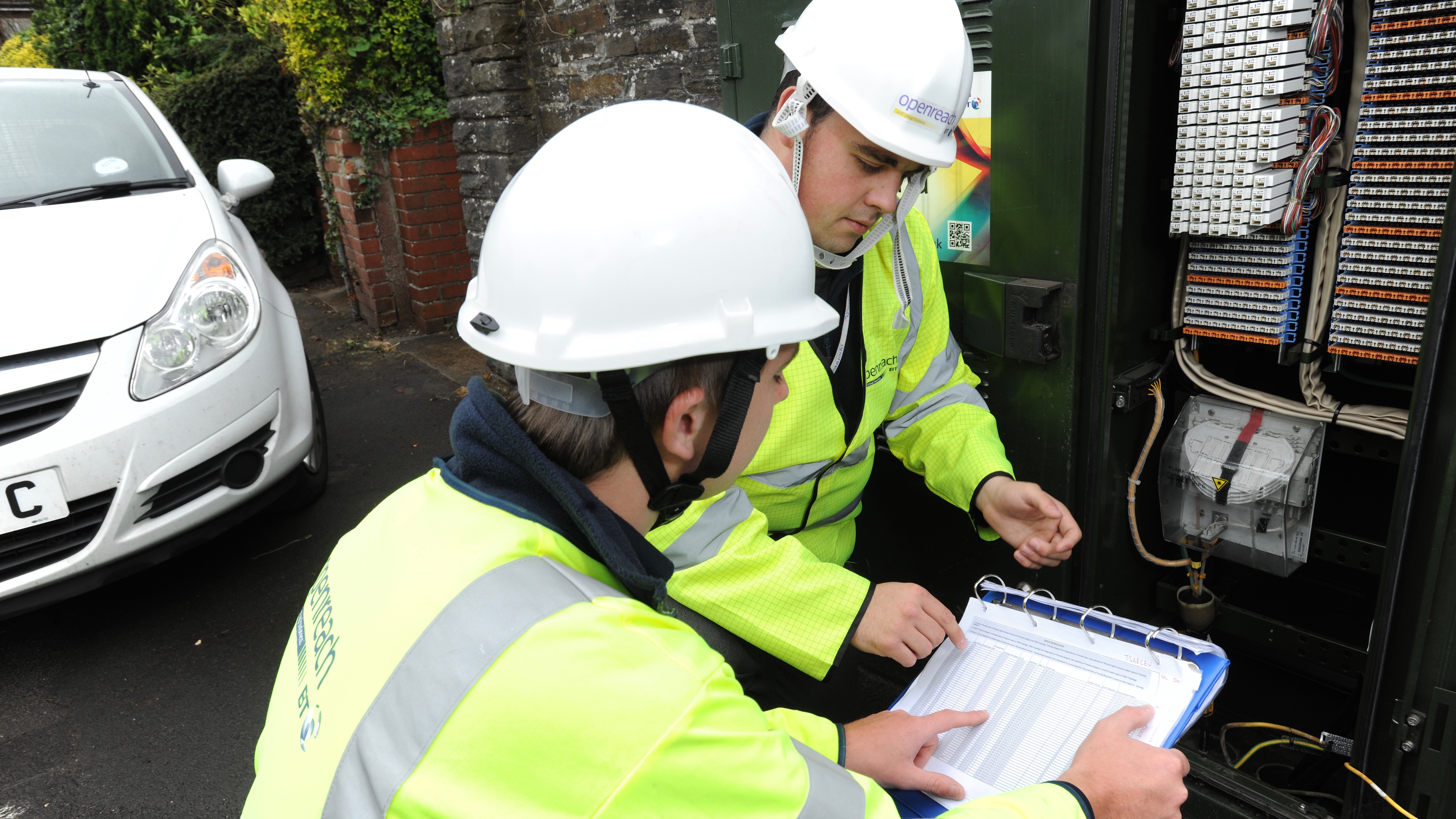 Ofcom believes there will be more investment in the broadband network through Openreach being a legally separate company. Hopefully it may also mean cheaper broadband deals for you, the consumer.

Without a vested interest from BT, the hope is that there will be more independent consideration regarding investment in the network. BT dragged its heels over the situation in early 2017, but suddenly ceded to Ofcom’s demands before the regulator had chance to take the case to the European Commission. However, it’s worth noting that BT Group will still own Openreach but it will have independence.

One of the ways the network investment could happen is by Openreach co-investing with different key partners in particular areas; previously it could only really upgrade the network if BT thought it was worthwhile (usually if there were enough people who wanted to pay for faster broadband).

But there is some network investment already underway. Very recently Openreach has experimented with G.fast, which enables the company to bolt on a pod to existing green fibre cabinets to offer next-gen fibre broadband speeds using existing copper phone lines – up to 330Mbps.

BT had already committed to give two million customers full fibre connections into their homes and businesses. Currently Openreach’s network is FTTC – or Fibre to the Cabinet, again these are the green boxes you see on street corners. The connections from there to your home are traditional copper phone lines. By bringing fibre to your premises (or FTTP), consumers will be able to experience much higher speeds – up to around 1Gbps. 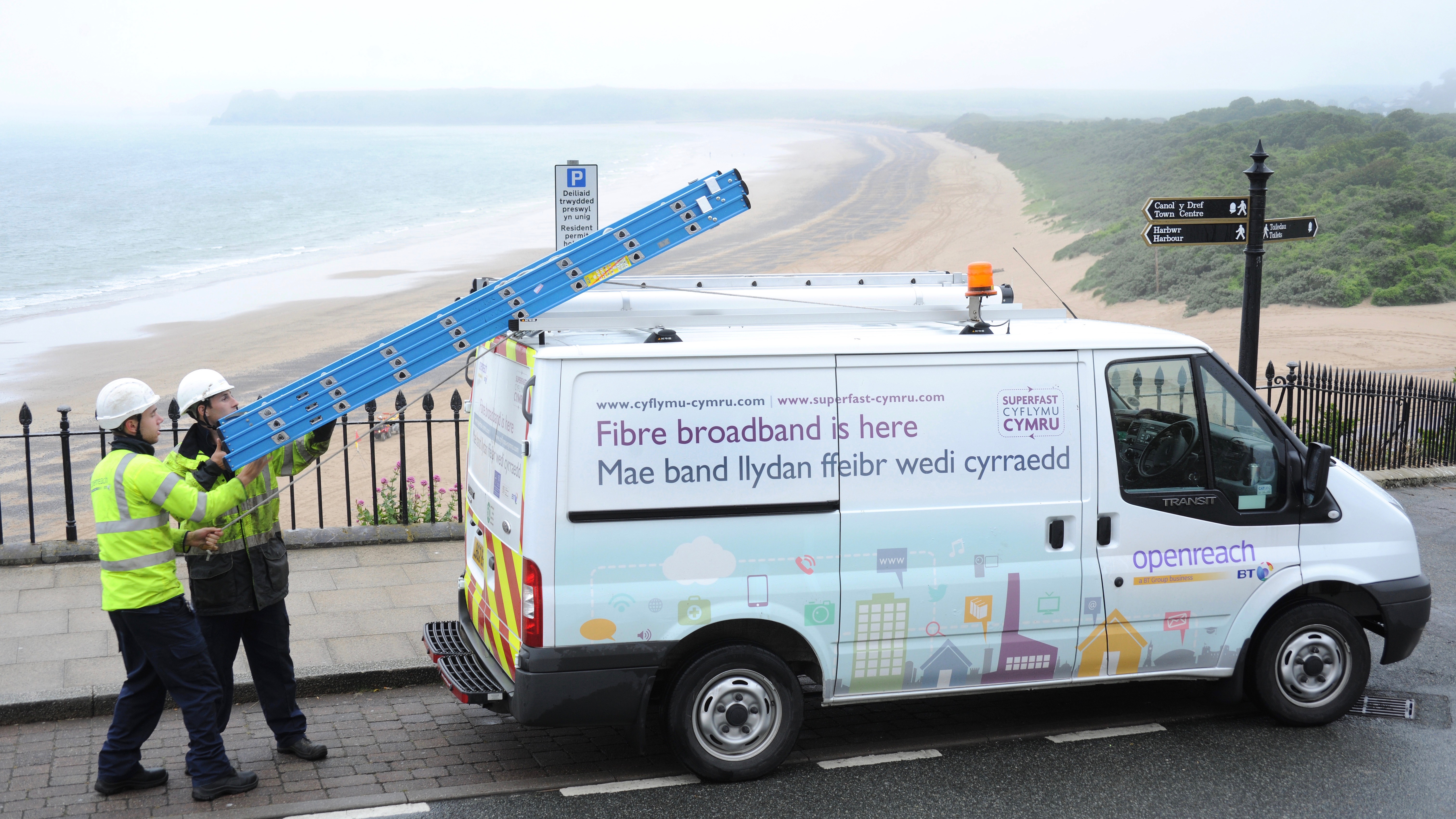