Update (7/13/17): Samsung has announced that the first theater to use the new Samsung Cinema Screen is the Lotte Cinema World Tower in Korea, and confirmed that the screen will be the first product to be fully compliant with Digital Cinema Initiatives theater technology standards prior to commercial release.

If you have plans to open the next state-of-the-art movie theater, you might want to hold off on buying a projector – Samsung is releasing a 34-foot HDR LED display that will blow moviegoers away.

The screen will be unveiled to a small audience during a series of preview demonstrations from March 27 to March 30 at the Cinemark Century Orleans 18 and XD Theatre during CinemaCon 2017 in Las Vegas.

According to Samsung, the Cinema Screen will present a number of advantages over contemporary projectors including a 4K (4,096 x 2,160) resolution,10 times greater peak brightness levels (146fL versus 14fL) and ultra-contrast and low tone grayscale settings that “enable the screen to showcase both brightest colors and the deepest blacks at a nearly infinity:1 contrast ratio”. 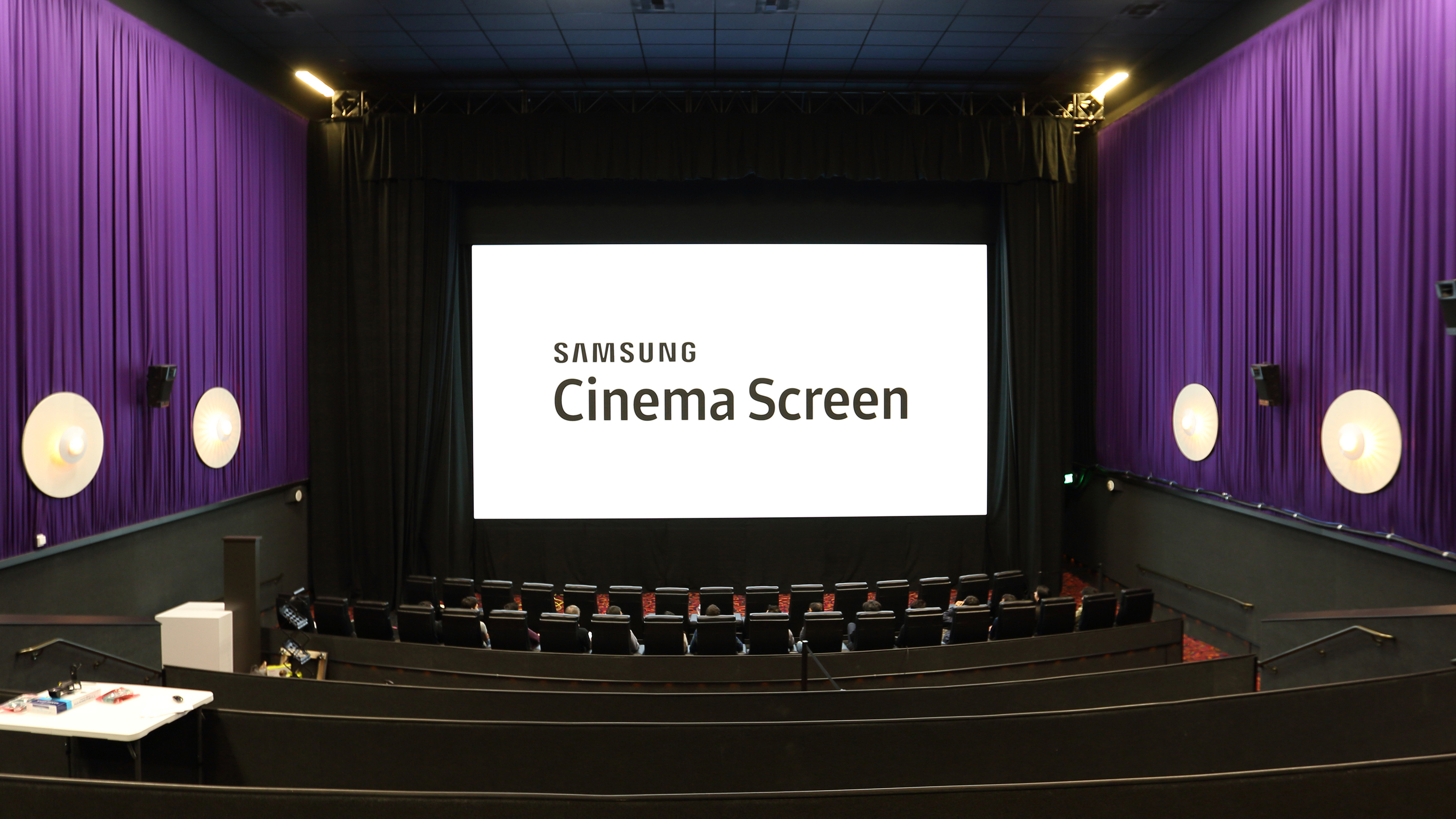 Sang Kim, VP of Samsung Electronics America, says that theaters must reposition themselves as a destination for an incomparable viewing experience, and one way they could do it is by opening up their rooms for corporate events, concert and sports event viewing, and gaming competitions – all of which would benefit more from a large LED display instead of a projector.

That said, you might have to wait a few years before purchasing your first ticket to Samsung Cinema showing.

According to Samsung, the Cinema Screen is currently undergoing the DCI certification process and recently completed compliance test at Keio University in Tokyo – which means that it will still be a number of years before these screens replace the digital projectors you know and love.

Of course, if you’re looking for something a little more living room-friendly, you can always check out Samsung’s QLED TVs. They offer 4K resolution and 2,000-nit peak brightness in 65-inch and 55-inch screen sizes.